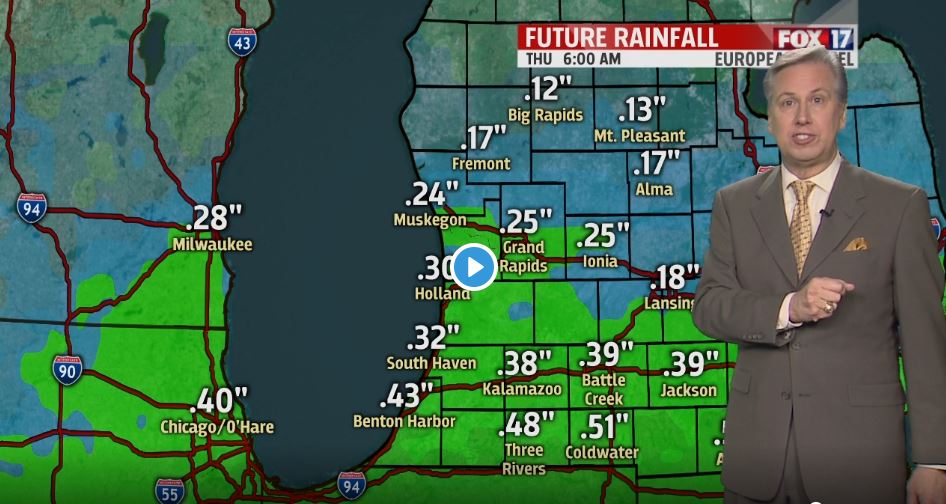 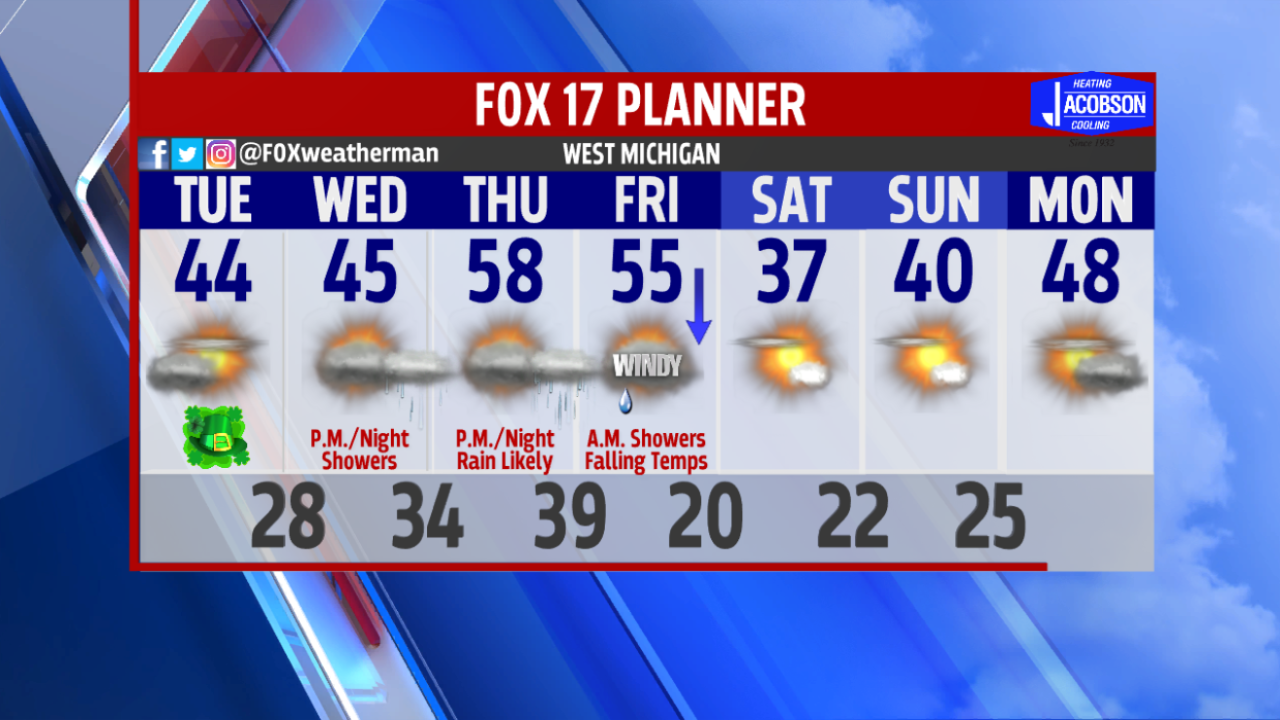 GRAND RAPIDS — The forecast from FOX 17 Chief Meteorologist Kevin Craig: A weak disturbance in the upper levels of the atmosphere could lead to some light rain and snow showers overnight into Tuesday morning. A warm front developing to our south on Wednesday will bring a better opportunity for meaningful rain late Wednesday afternoon into Thursday.

TONIGHT: Mostly cloudy. A Chance of light rain/snow showers. Lows in the mid 30s. Winds southwest to west at 7 to 14 mph.

THURSDAY: Mostly cloudy and mild. An isolated rain shower possible early in the morning, then steady rain redeveloping in the afternoon and evening. A thundershower or two is also possible. Highs in the upper 50s to near 60.