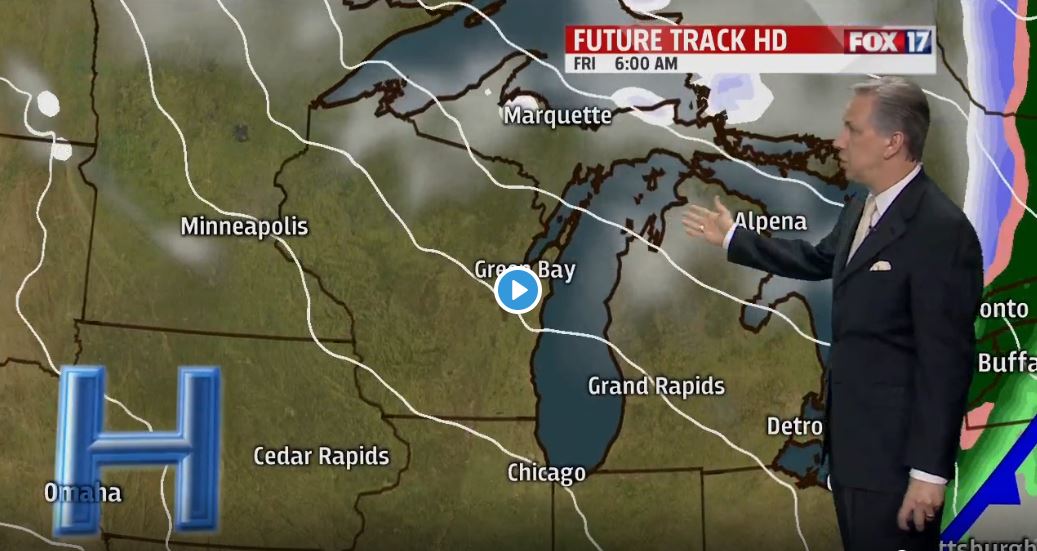 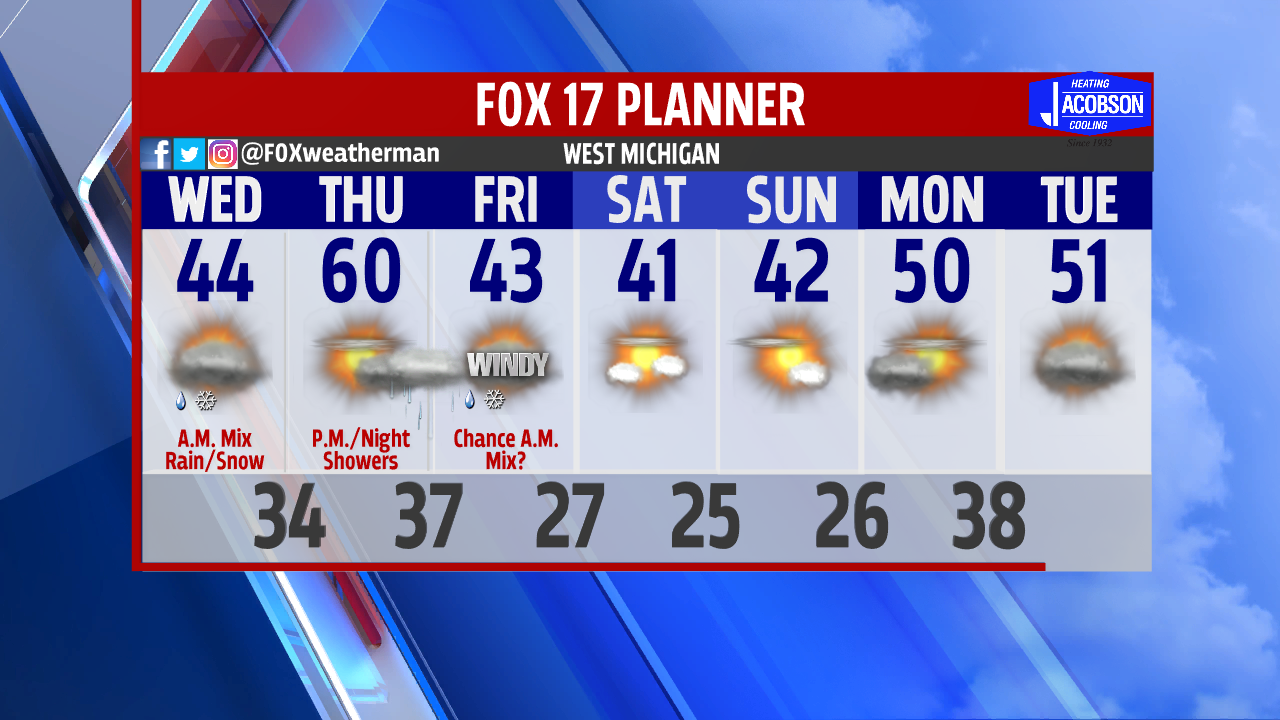 GRAND RAPIDS — The FOX 17 forecast from Chief Meteorologist Kevin Craig: Clouds will thicken up overnight, and a mix of light rain and snow showers will fall across the area Wednesday morning as an upper level disturbance quickly moves through the area. Temperatures will continue to stay on the cooler side for Wednesday, but on Thursday we expect a big warm-up with south winds ahead of our next area of low pressure. This low will bring showers Thursday night as it moves across the Great Lakes.

TOMORROW: A chance of light rain and snow showers, mainly in the morning. Little or no snow accumulation expected...except on grassy areas. Mostly cloudy with highs in the low/mid 40s. South/southeast wind at 5 mph or less.

THURSDAY: Partly cloudy during the morning, then becoming mostly cloudy in the afternoon. Breezy and warm with highs around 60. Scattered showers are expected by evening. A bit breezy with south winds at 10 to 15 mph.