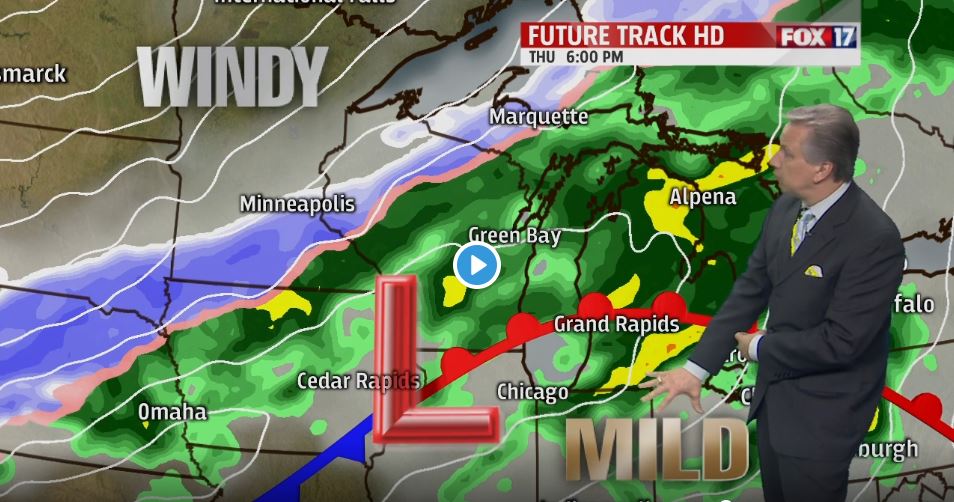 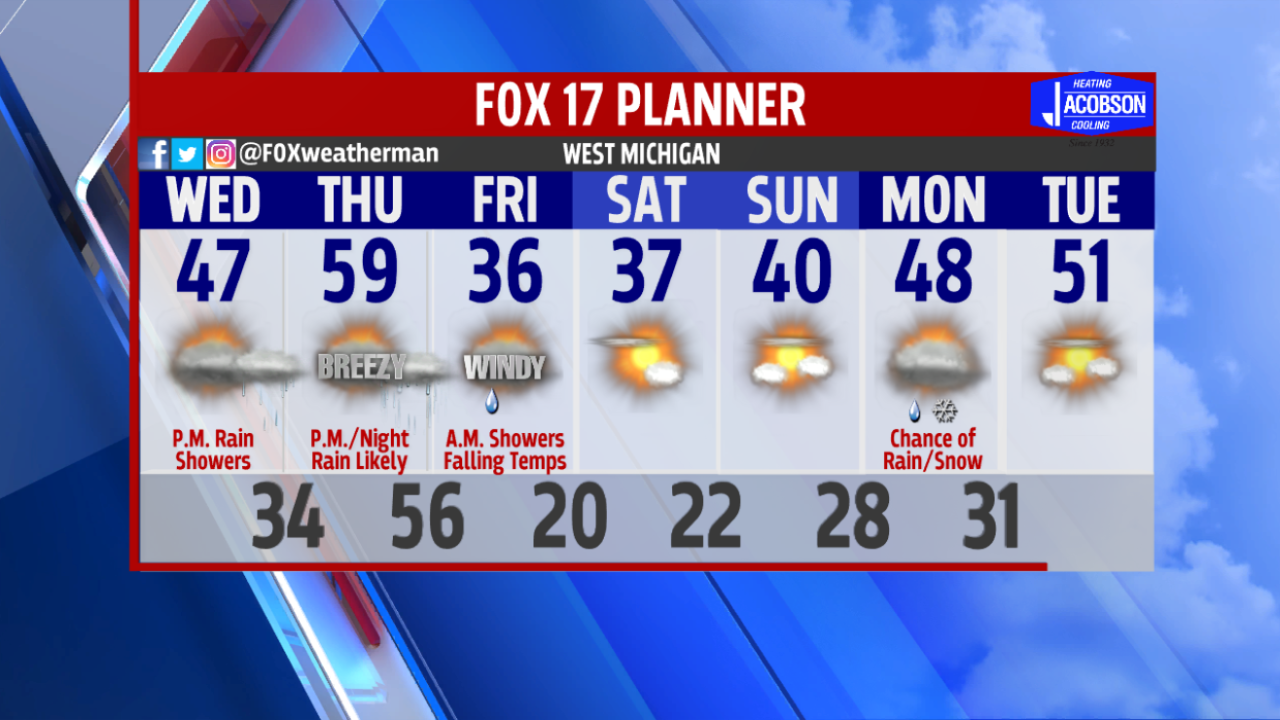 GRAND RAPIDS — The forecast from FOX 17 Chief Meteorologist Kevin Craig: Expect clear skies this evening with high pressure sliding overhead. An upper level disturbance moving through Wednesday afternoon and evening will bring a chance of showers to the area. Rainfall amounts look light initially, however more significant rain is likely Thursday afternoon/evening/night into early Friday morning as a surface low and attendant warm front move into the area from the south and west. Dry and sunny, but cooler conditions are expected this weekend.

TOMORROW: A chance of a light wintry mix north of Grand Rapids during the morning hours, otherwise mostly cloudy with afternoon/evening rain showers developing. Highs in the middle to upper 40s. East to southeast winds at 5 to 15 mph.

THURSDAY: Mostly cloudy and mild. An isolated rain shower possible early in the morning, then steadier rain redeveloping in the late afternoon and evening. A thundershower or two is also possible, especially south of Grand Rapids. Highs in the upper 50s to near 60. Breezy with southeast winds at 10 to 20 mph.

FRIDAY: Mostly cloudy with rain showers possible in the morning. Partly to mostly cloudy. Gusty winds and falling temperatures through the day. Highs early on in the mid to upper 50s dropping into the lower 30s by late in the day.