Much nicer on Friday 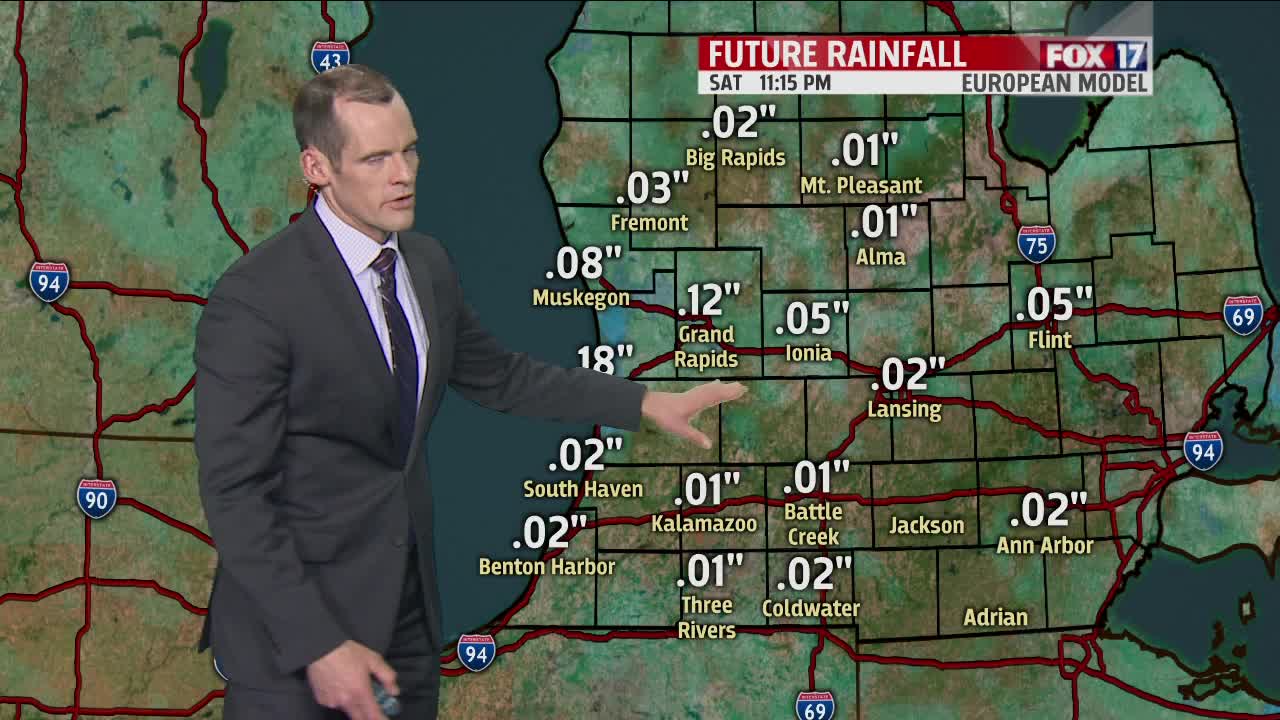 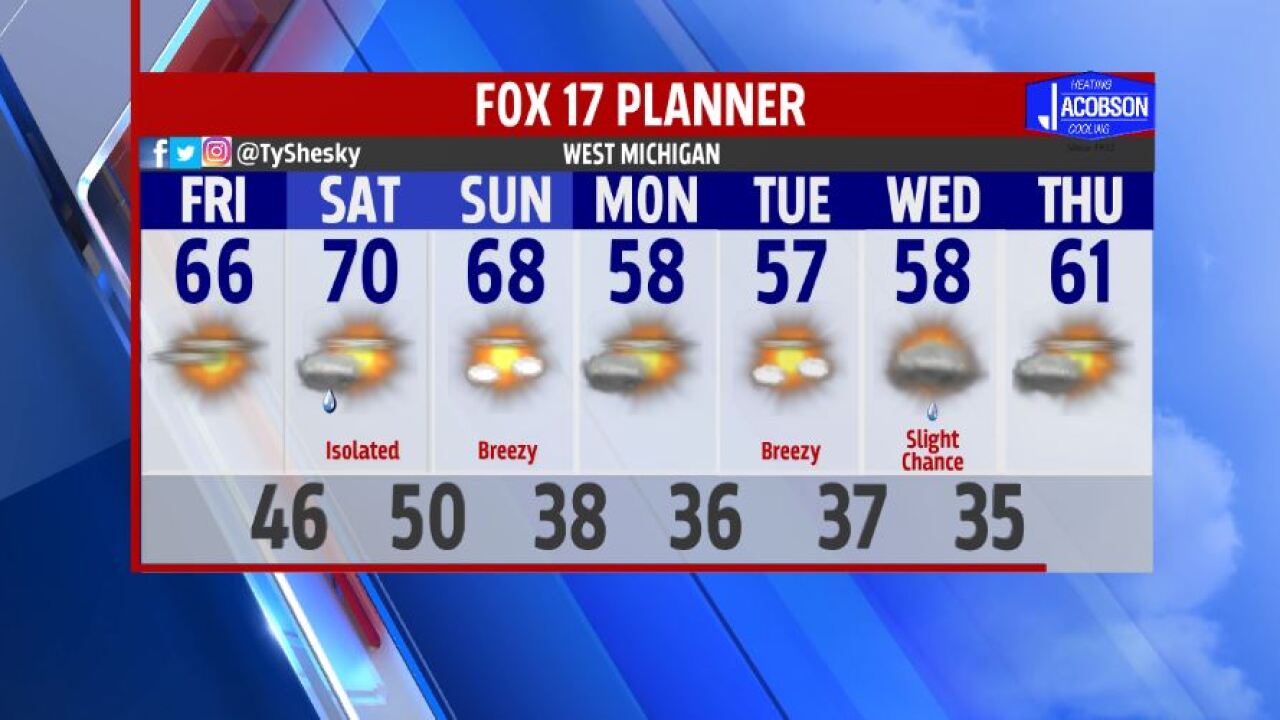 WEST MICHIGAN — The forecast from FOX 17 Meteorologist Ty Shesky: High pressure sliding in late tonight and tomorrow will rid us of the shower chances, and bring some sunshine and warmer temperatures to the area. An upper level disturbance drifting through on Saturday could bring an isolated shower to parts of the area, otherwise it looks like a warmer weekend with plenty of sun.

TONIGHT: Any evening showers dissipate. Decreasing clouds. Lows in the upper 30s to around 40. Winds north-northwest at 5 to 15 mph.

TOMORROW: Mostly sunny and warmer with highs in the mid 60s. Light and variable wind.

SATURDAY: Partly sunny with a slight chance of a shower. Highs around 70. South winds becoming southwesterly at 5 to 15 mph.