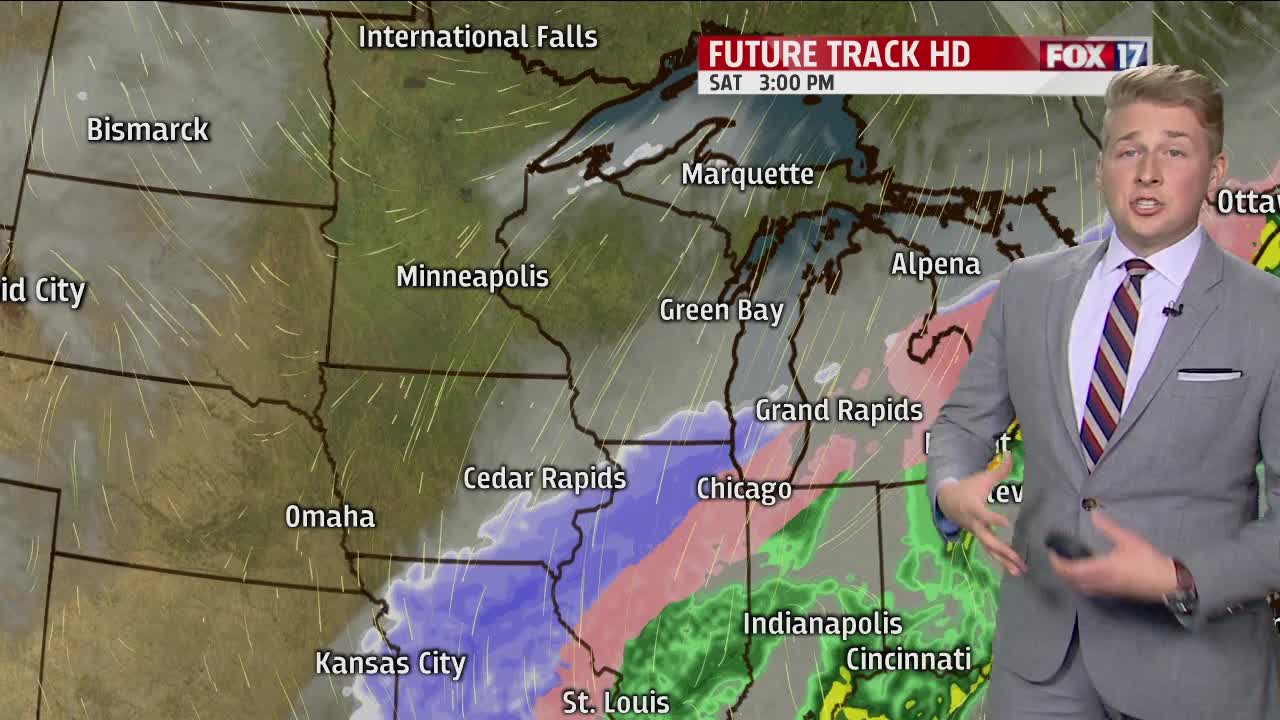 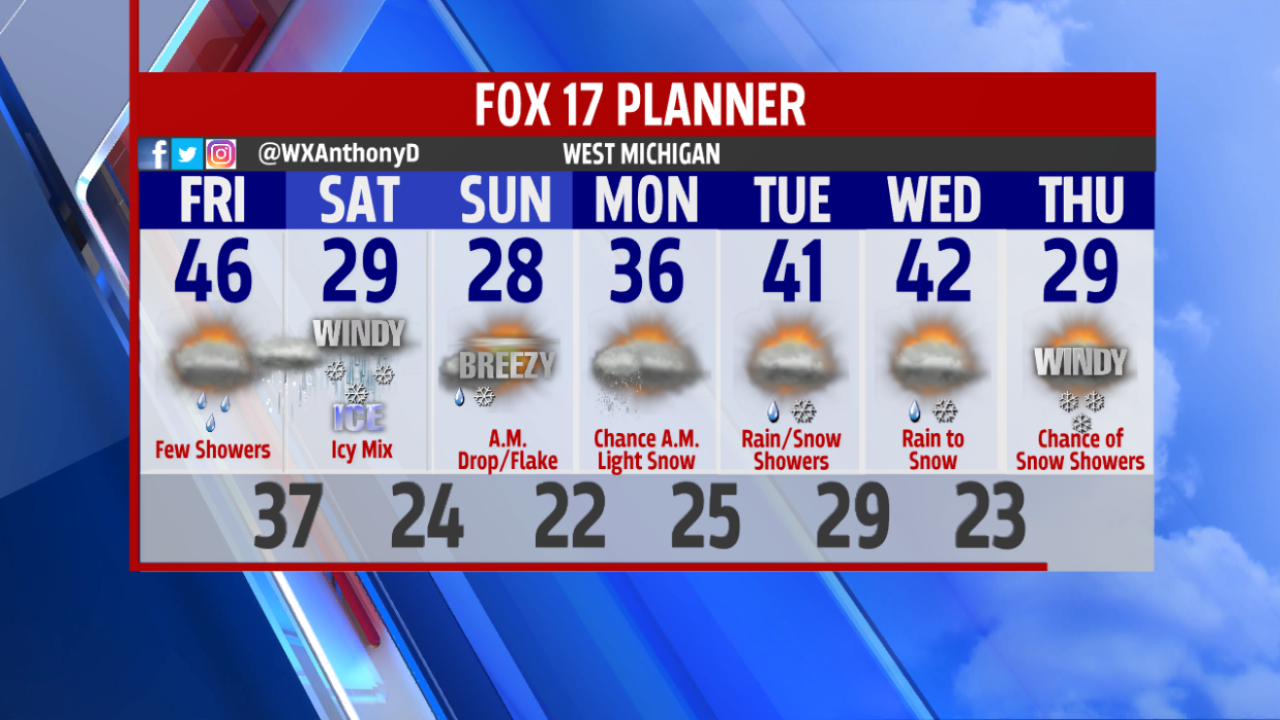 WEST MICHIGAN — The forecast from FOX 17 Meteorologist Erik Kostrzewa: Moisture will stream into the area from the south tonight ahead of an approaching area of low pressure. At the same time, our winds will gradually pick up out of the northeast, causing slowly falling temperatures. Although we'll be warm enough for just rain most of the night in most areas, a change to freezing rain and sleet is expected sometime around sunrise tomorrow, with some of our northern communities seeing that change-over a couple hours sooner. The icy mix of freezing rain, sleet, and snow will continue in scattered fashion through the day on Saturday. Although the precip looks scattered enough during this time for only minor impacts, heavier freezing rain, sleet, and snow will move in late Saturday afternoon and Saturday night. This will make travel difficult or impossible. The icy mess will change to all snow sometime very early Sunday morning, and then taper off by late morning and afternoon. Although the freezing rain accumulations look somewhat lighter than what we were previously thinking, this storm could still produce enough ice to cause some power outages on Saturday night.

TONIGHT: Evening widespread rain develops. The rain becomes heavier after midnight and eventually will change to freezing rain and/or sleet by daybreak. Lows in the lower 30s. Northeast winds at 10 to 20 mph.

TOMORROW: Periods of freezing rain and sleet. This precipitation could mix with or change to snow to the northwest of Grand Rapids. Along and south of I-94, it's possible plain rain will mix in at times. Windy with steady or slowly falling temperatures in the upper 20s to around 30. Northeast winds at 20 to 30 mph gusting to 40 mph or greater.

TOMORROW NIGHT: A steadier round of freezing rain and sleet moves in during the evening, with snow expected northwest of Grand Rapids. The precipitation will gradually become all snow after midnight, and taper off by daybreak. Total ice accumulations of 0.25" to 0.75" possible. Total snow/sleet accumulations of 2" to 4" expected, with 4" to 7" expected well to the northwest of Grand Rapids. Lows around 20. Northeast winds at 15 to 25 mph becoming northwest at 10 to 15 mph.