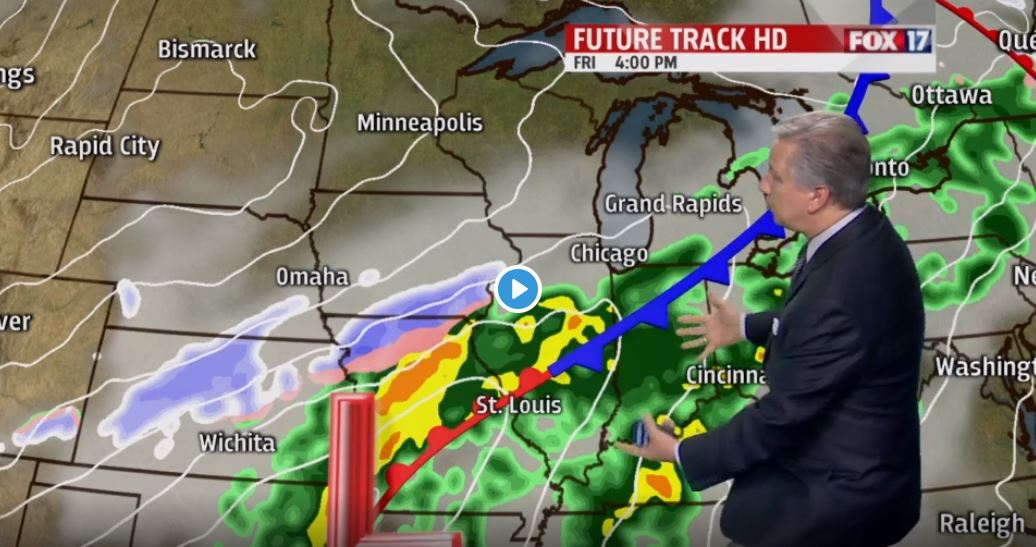 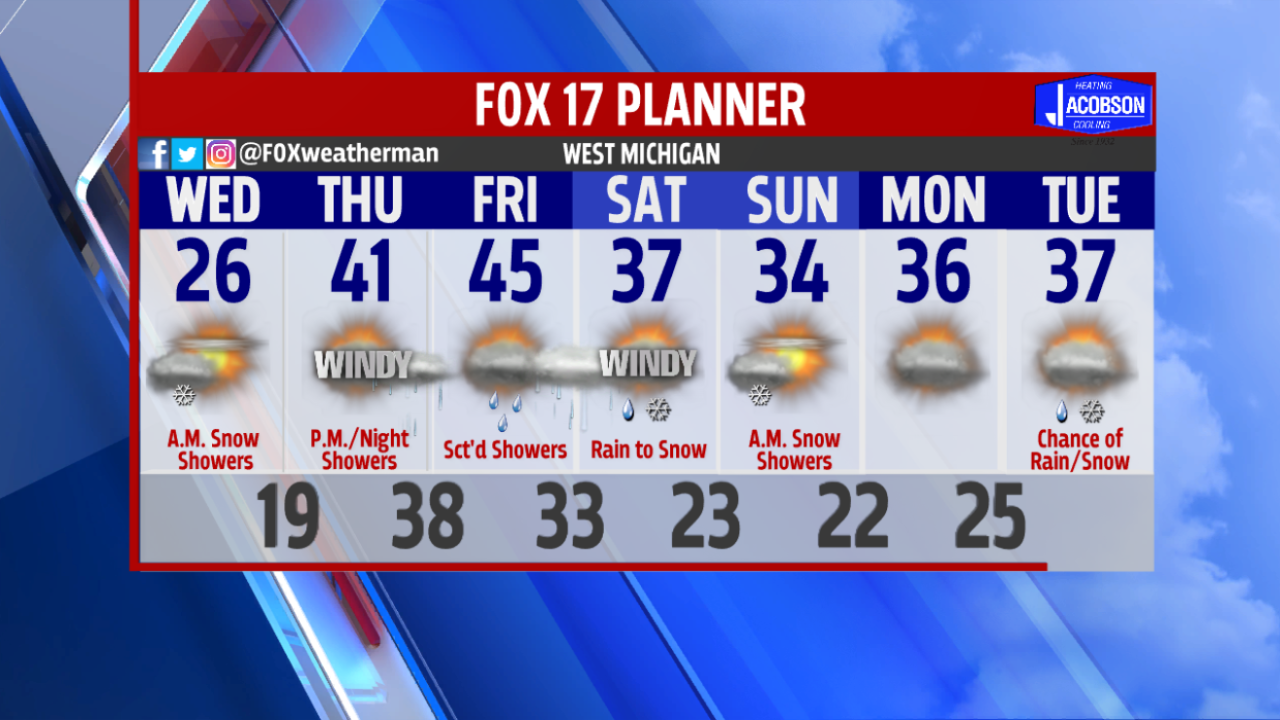 GRAND RAPIDS — The forecast from FOX 17 Chief Meteorologist Kevin Craig: A cold front will bring lake effect snow showers to the area overnight, especially along/west of U.S. 131 as colder air filters in. High pressure settling in during the afternoon on Wednesday will give us sunshine before our next system -- a mild one with rain showers -- moves into the region Thursday and Friday.

TONIGHT: Lake effect snow showers, especially along/west of U.S. 131. An inch or so may fall. Windy and colder. Watch out for slick road conditions! Lows in the upper teens. West/northwest winds at 15 to 25 mph.

TOMORROW: Slippery conditions possible with a chance of early morning lake effect flurries/snow showers, otherwise becoming partly cloudy in the afternoon. Still breezy, and cold. Highs only in the lower/mid 20s. Northwest winds at 10 to 15 mph subsiding to 5 to 10 mph late.

TOMORROW NIGHT: Partly cloudy and cold. Evening lows in the upper teens to around 20, with temperatures slowly rising after midnight. Light and variable wind becoming southeast at 10 to 15 mph.

THURSDAY: Mostly cloudy with the chance for late afternoon and evening rain showers and gusty winds. Warmer with highs in the lower 40s. Southeast winds at 15 to 25 mph becoming southerly late.