Tonight's forecast: Seasonably cold before a warm-up this weekend 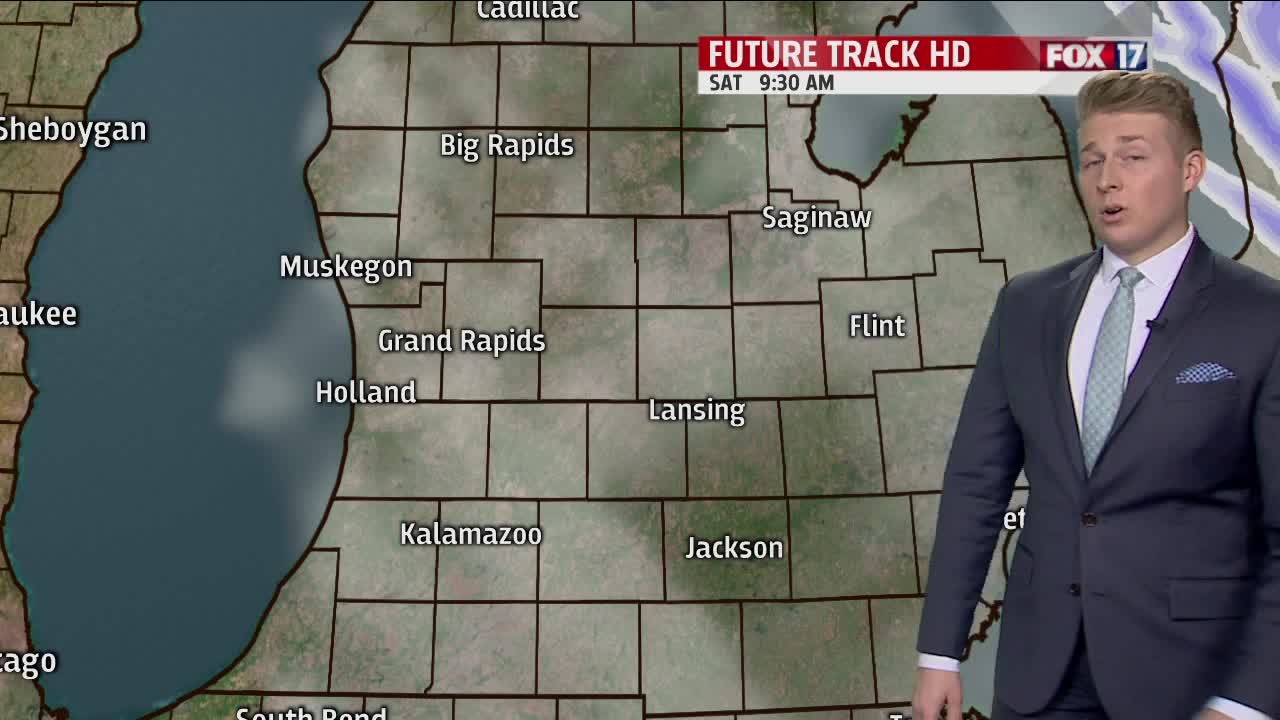 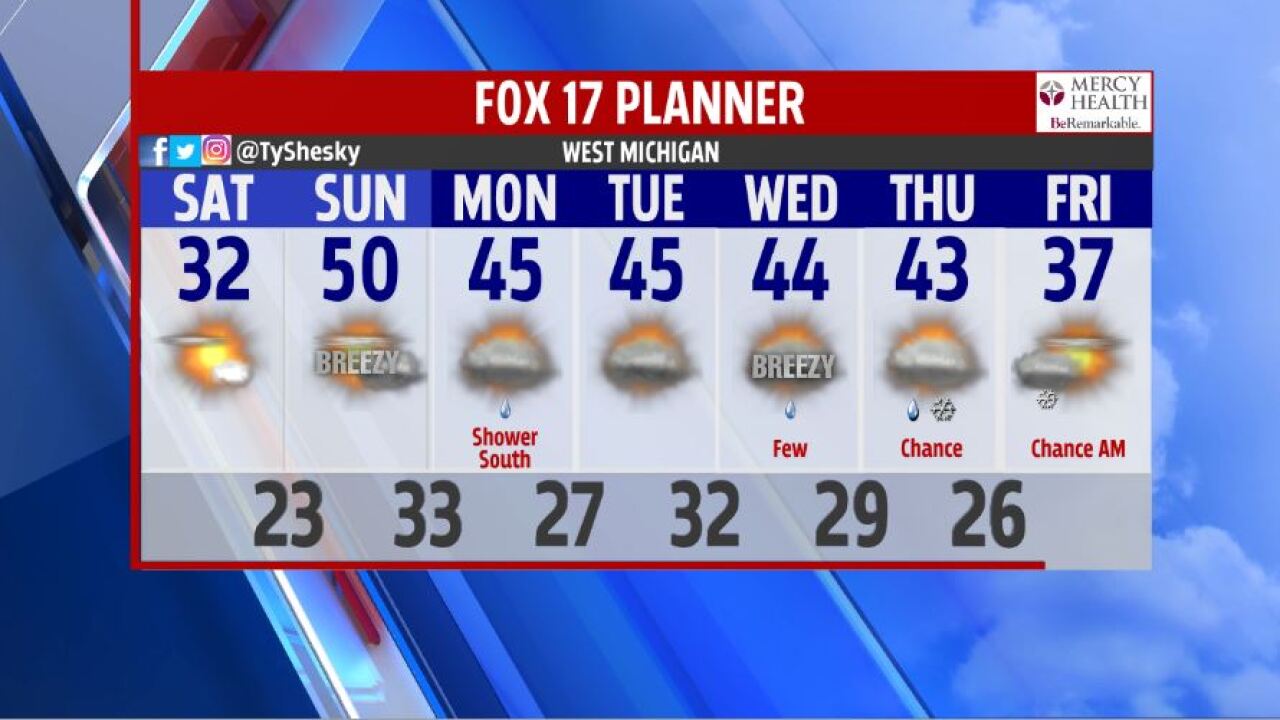 WEST MICHIGAN — The forecast from FOX 17 Meteorologist Erik Kostrzewa: Another cold night ahead with partly to mostly cloudy skies and a few lake effect flurries still possible. High pressure will build in on Saturday with plenty of sun, then we expect warmer temps on Sunday as that high slides east and winds turn to the south on its back side. The milder temperatures will last much of next week.

TOMORROW: Morning clouds, but becoming mostly sunny. Not as cold with highs in the lower 30s. West winds at 5 to 15 mph becoming southwesterly in the afternoon.

SUNDAY: Morning sunshine, followed by increasing clouds through the day. Breezy and mild with highs around 50. South winds at 10 to 15 mph gusting to 25 mph.