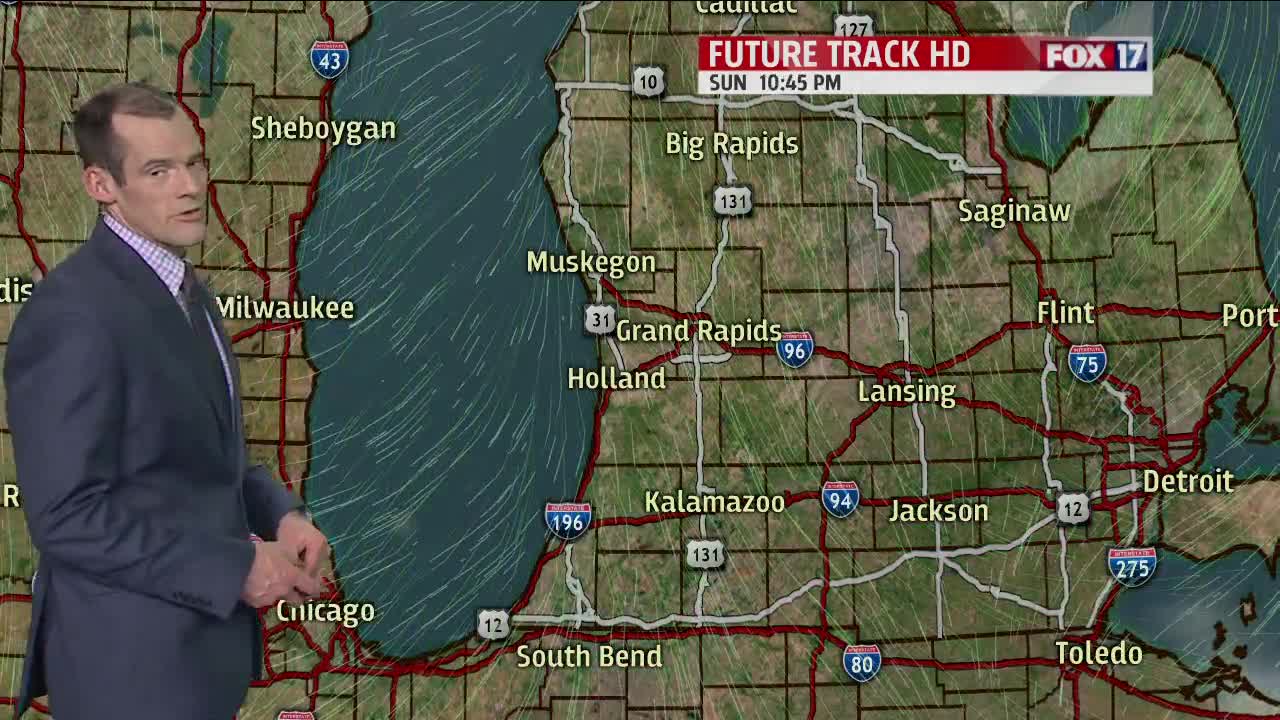 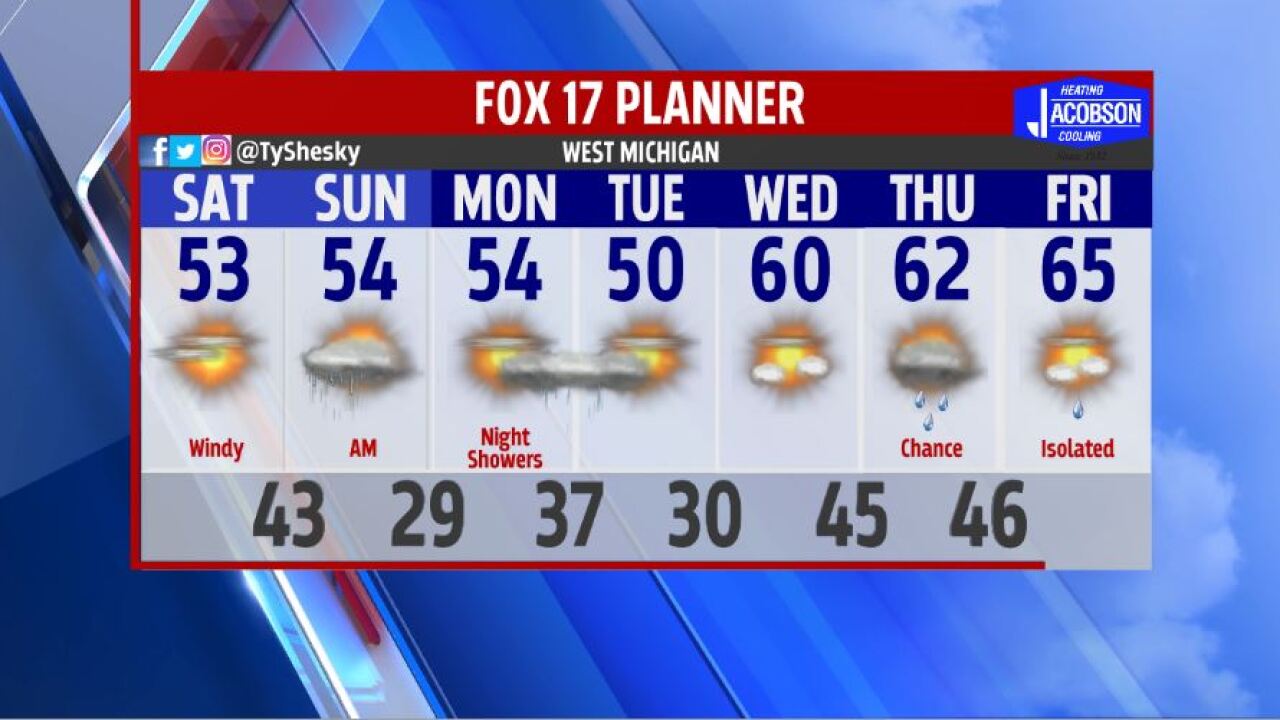 WEST MICHIGAN — The forecast from FOX 17 Meteorologist Ty Shesky: The system that bought a spring snow storm to southern sections of the FOX 17 viewing area will exit tonight, and high pressure will slide in a little ways to our south giving us some sun. Our next low pressure system, however, will continue to strengthen to our north. This pressure difference will align to give us some fairly strong winds on Saturday, and some light rain prospects on Sunday morning as that low drops in from the north.

TONIGHT: A chance of flurries or sprinkles before 10 PM, then skies will become partly cloudy. Lows around 30. Southwest winds at 5 to 10 mph.

TOMORROW NIGHT: Mostly clear during the evening, followed by increasing clouds and a chance of light showers by daybreak. Lows in the lower to middle 40s. Southwest winds at 10 to 20 mph.

SUNDAY: A chance of light rain showers, mainly before noon. Partly to mostly cloudy with highs in the middle 50s. Southwest winds at 8 to 16 mph becoming northwest in the afternoon.