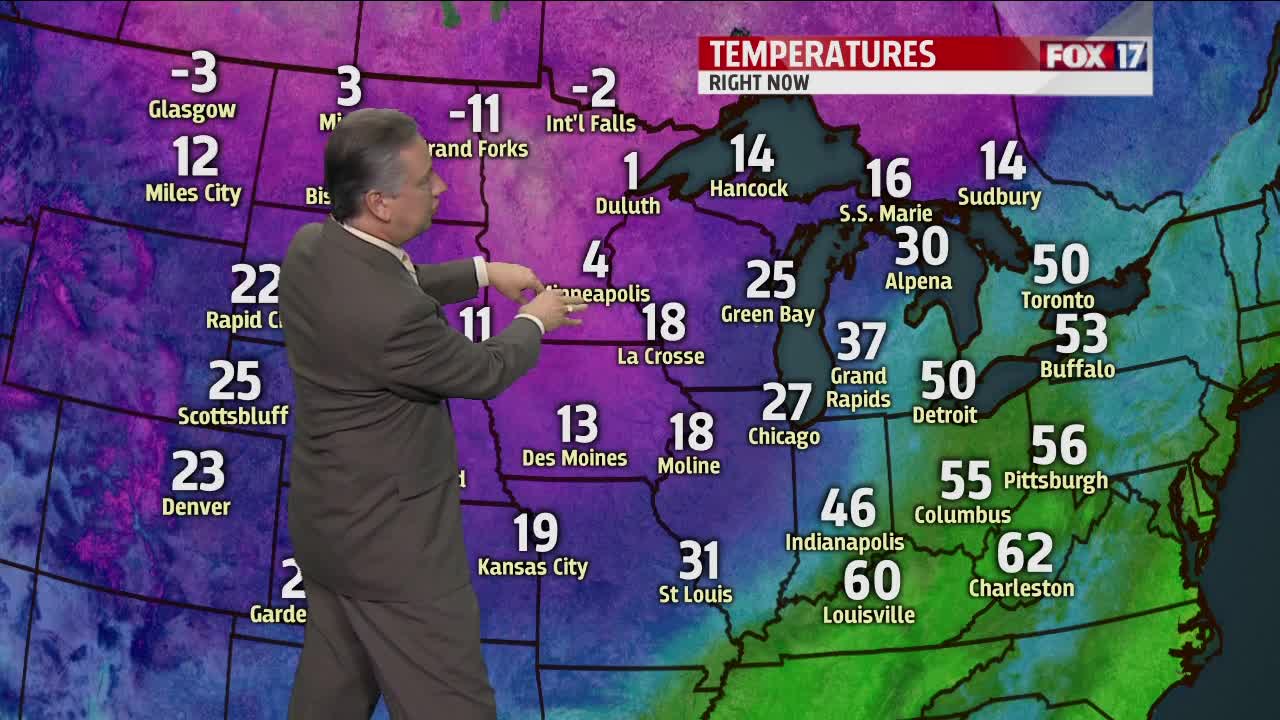 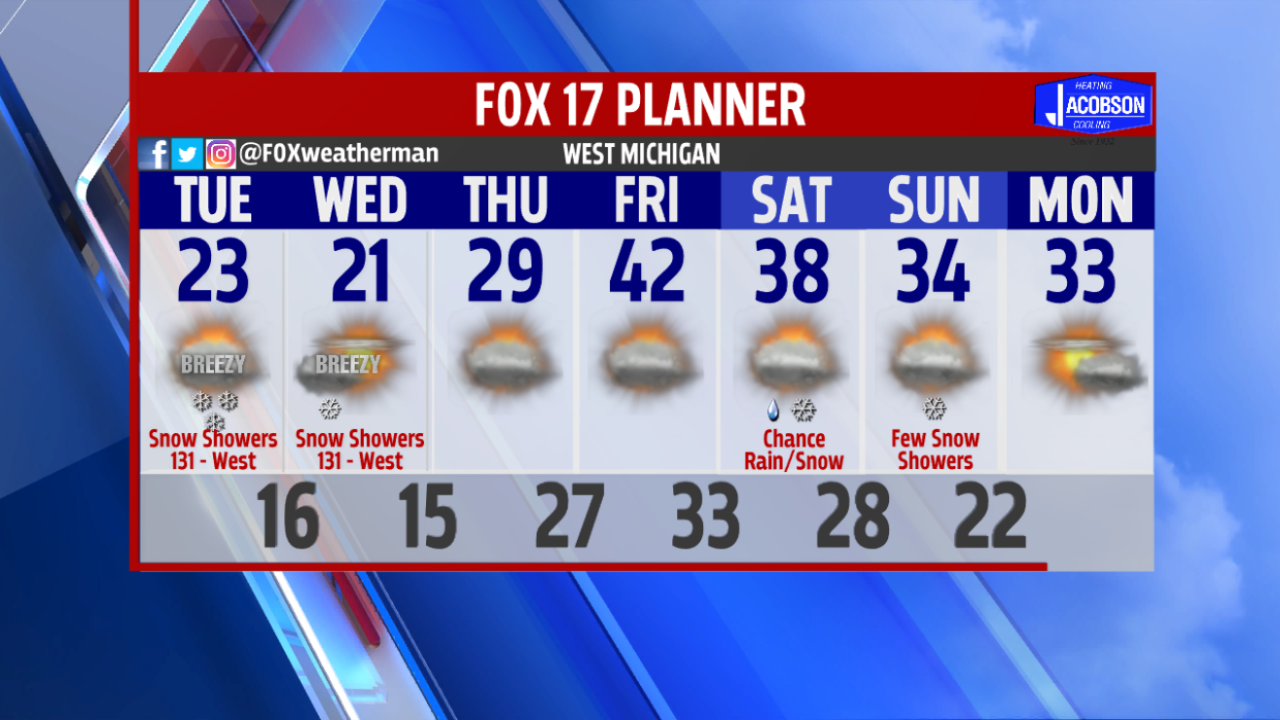 WEST MICHIGAN — The forecast from FOX 17 Chief Meteorologist Kevin Craig: An area of low pressure moving across the Great Lakes and into eastern Canada will drag a cold front through West Michigan. This will change rain showers to snow showers by midnight tonight in most areas, and temperatures will drop. In fact, readings will still be in the 30s at midnight, then steadily drop to the lower to middle 20s by Tuesday afternoon with wind chills in the teens. A light glaze of lake effetc snow Tuesday morning could create some icy conditions. Allow some extra travel time.

TOMORROW: Mostly cloudy and breezy with lake effect snow showers likely, especially along/west of U.S. 131. Temperatures in the middle to upper 20s around sunrise, falling into the lower to middle 20s by late afternoon. Snow accumulations will be an inch or less in most areas, but 1 to 2 inches is possible in some of the harder hit lake effect zones, mainly south/west of Grand Rapids. Winds westerly at 10 to 20 mph. Winds chills in the teens.

WEDNESDAY: A few lake effect snow showers possible, mainly before noon along/west of U.S. 131. Partly to mostly cloudy with highs in the lower 20s. West winds at 10 to 20 mph. Wind chills in the single digits.