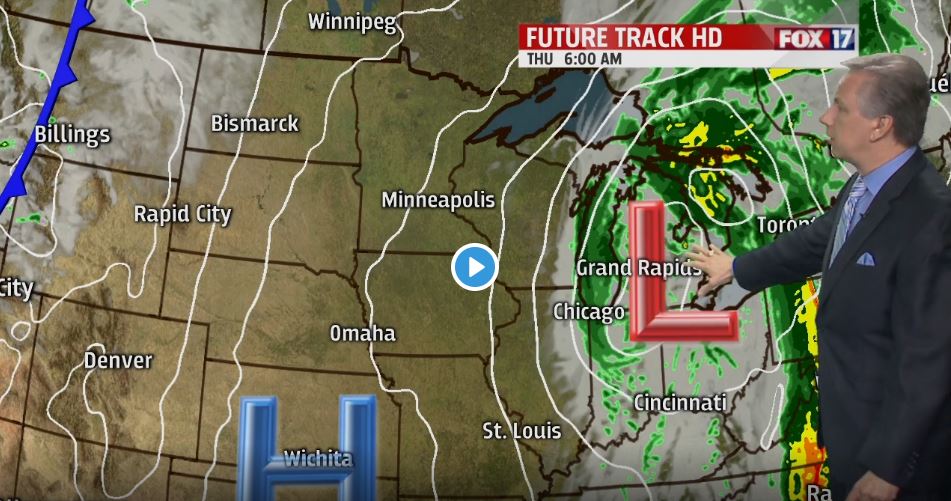 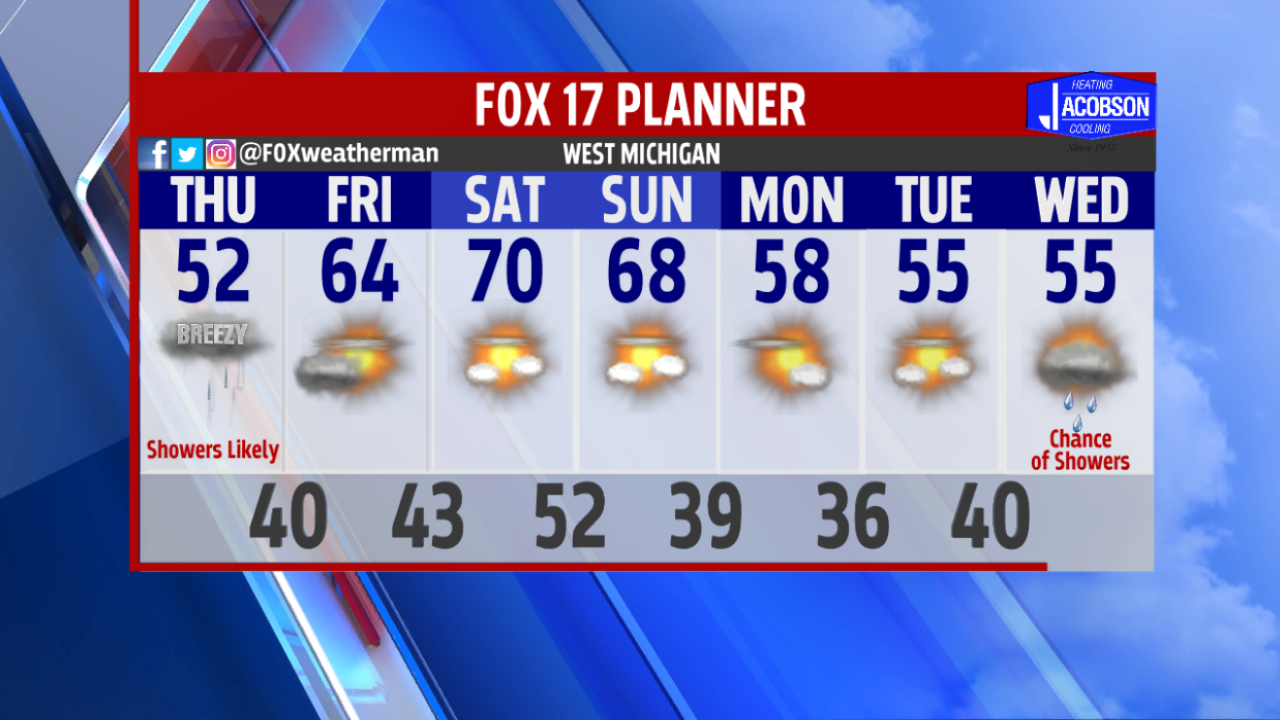 WEST MICHIGAN — The forecast from FOX 17 Chief Meteorologist Kevin Craig: Several locations in West Michigan have already tallied between 2" to 4" of rain more is on the way. Another quarter to half inch is possible through Thursday night. Once an area of low pressure moves to our east, rain showers will pivot back through the state from the north overnight and into Thursday. Showers will become a little less persistent on Thursday, but will not end until late. Sunshine slowly returns on Friday and sticks around through the weekend with warmer temperatures. Cooler temperatures and possible frost/freeze conditions likely return next week.

TONIGHT: Cloudy with a chance of rain showers redeveloping late. Lows in the low/mid 40s. Winds northeast/north at 6 to 12 mph.

THURSDAY: Cloudy, breezy, and cooler. Occasional showers throughout the day. Highs in the upper 40s to lower 50s. Winds north/northwest at 12 to 24 mph.

TOMORROW NIGHT: Mostly cloudy. A shower is possible Lows around 40. Winds north-northwest at 5 to 10 mph.

SATURDAY: Partly cloudy to partly sunny and warmer. Highs in the upper 60s to near 70.