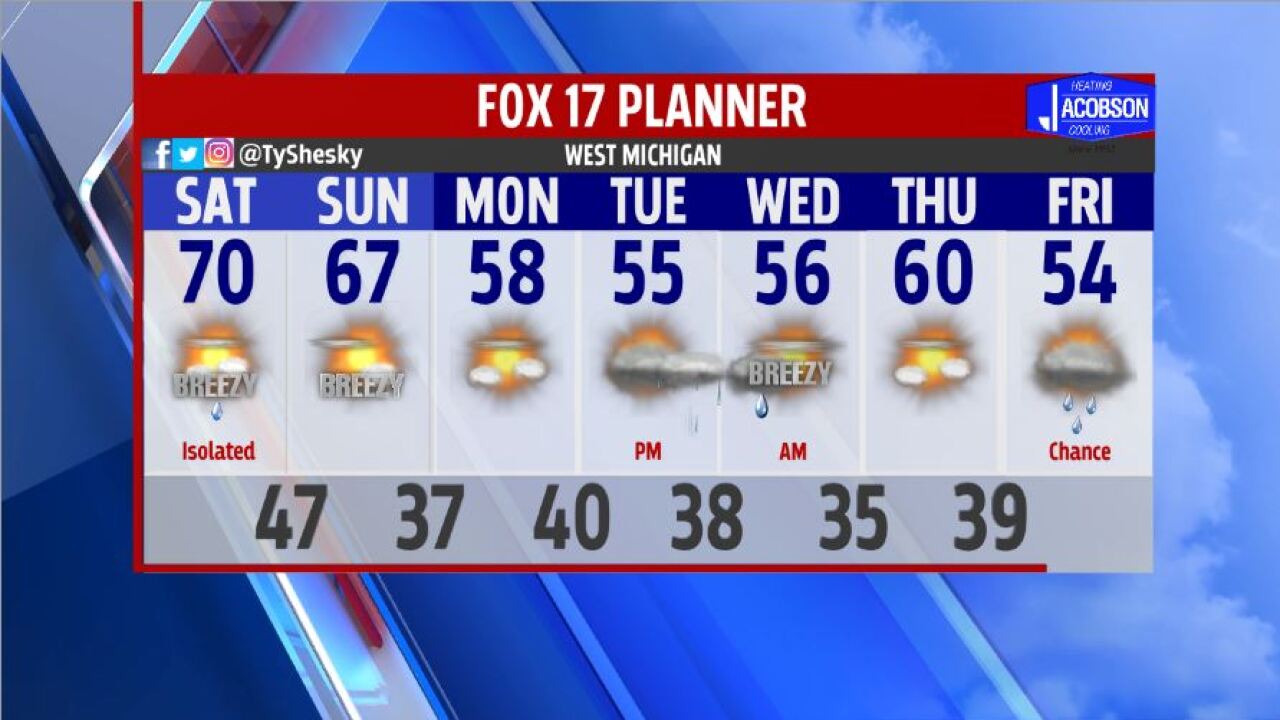 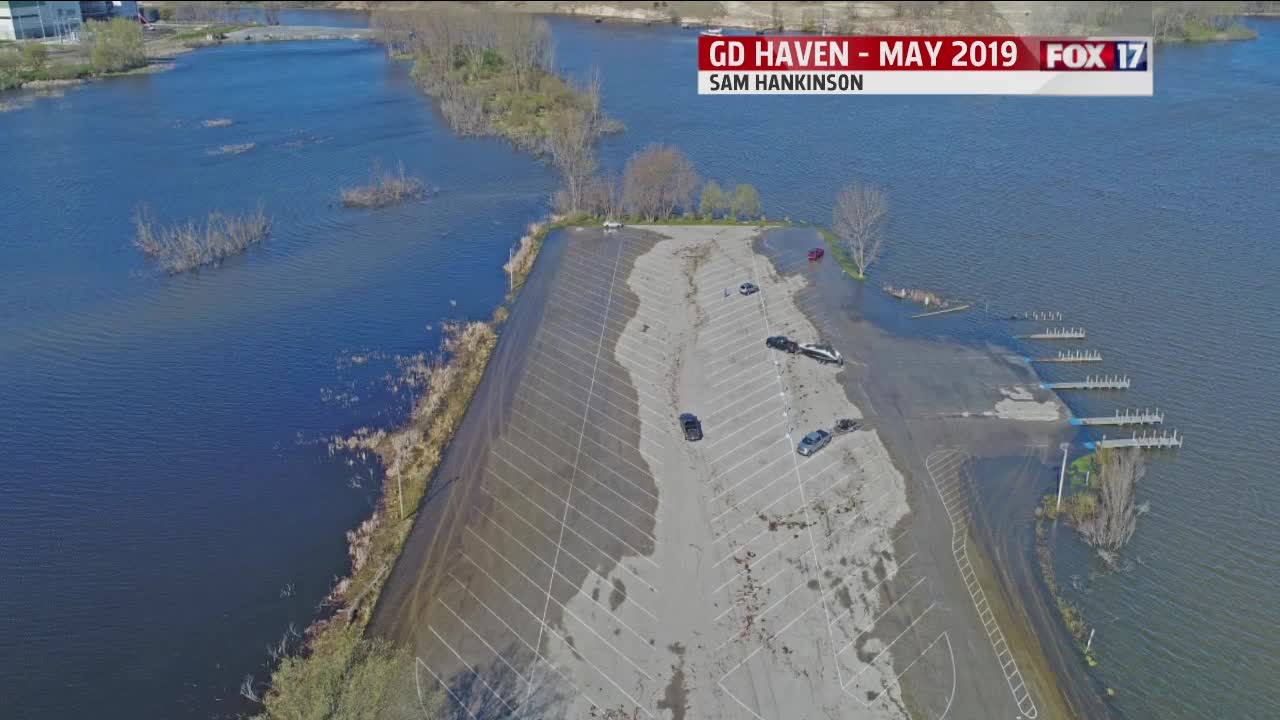 WEST MICHIGAN — The forecast from FOX 17 Meteorologist Ty Shesky: A weak upper level disturbance could bring a few drops of rain to parts of the area tomorrow, but the main story will be the warm temperatures. The warmth will continue on Sunday, but a cold front passing during the early afternoon will bring gustier winds followed by significant cooling by Monday.

TOMORROW: Variably cloudy skies with a slight chance of a shower. Highs around 70. South winds turn more westerly during the afternoon at 10 to 20 mph.

SUNDAY: Mostly sunny and breezy. Still quite warm with highs in the mid to upper 60s. West winds at 15 to 25 mph becoming northwest during the afternoon.