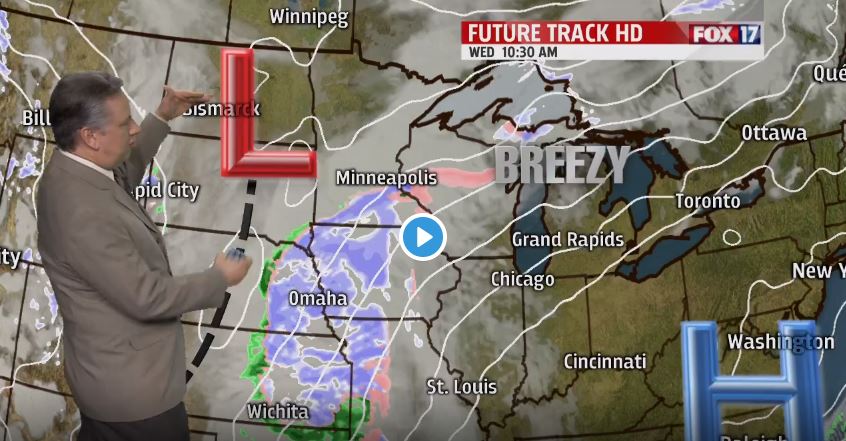 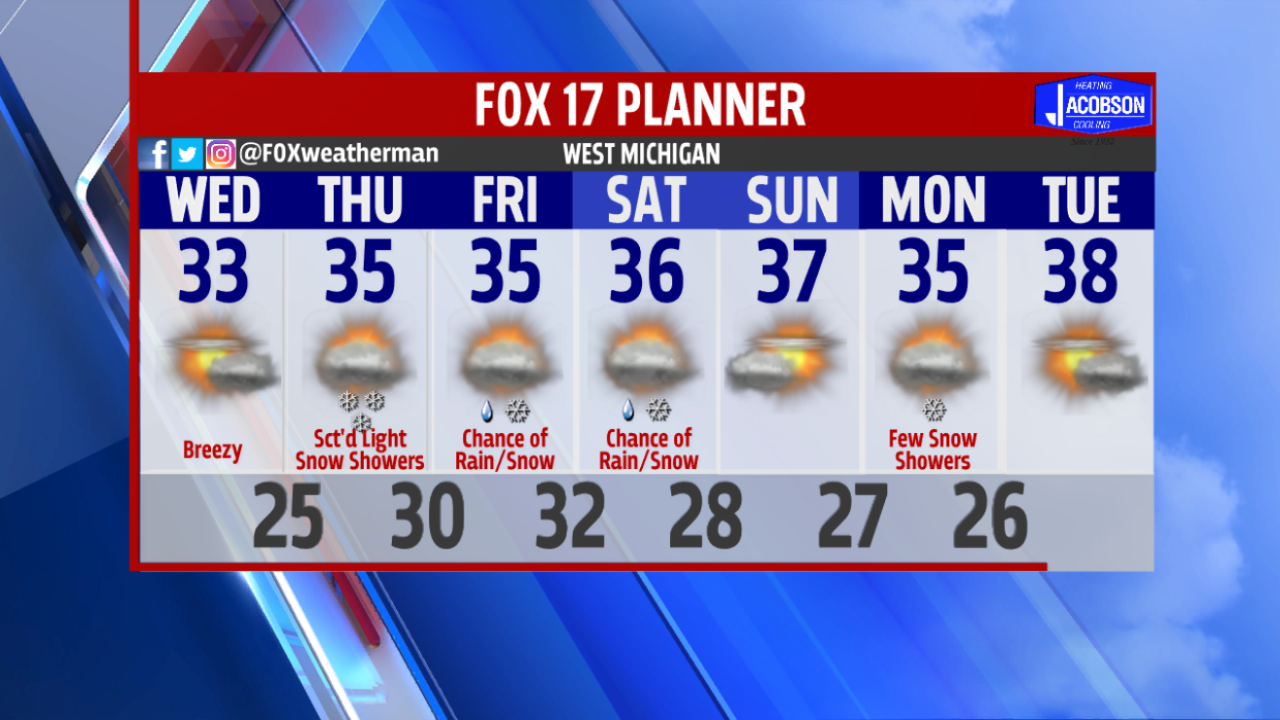 WEST MICHIGAN — The forecast from FOX 17 Chief Meteorologist Kevin Craig: After one more quiet weather day on Wednesday, a slow-moving upper level low pressure system will drift across the southern Great Lakes and Ohio Valley Thursday through Saturday with a chance of snow showers or mixed precipitation each day. The snow, however, looks fairly light and shouldn't have any major impacts on travel. Temperatures will generally remain above our normal high of 30.

TONIGHT: Becoming mostly clear. Not as cold with lows in the upper teens to around 20. Southwest winds at 10 to 15 mph becoming southerly at 5 to 10 mph late.

TOMORROW: Partly cloudy before noon, then becoming mostly cloudy in the afternoon. Breezy and a little milder with highs in the low/mid 30s. South to southwest winds at 10 to 15 mph.

TOMORROW NIGHT: Mostly cloudy. A chance of flurries after midnight. Lows in the middle 20s. South to southeast winds at 5 to 10 mph.

THURSDAY: Cloudy with scattered snow showers. Accumulations of an inch or less expected. Highs in the middle 30s. Southeast winds at 5 to 10 mph.