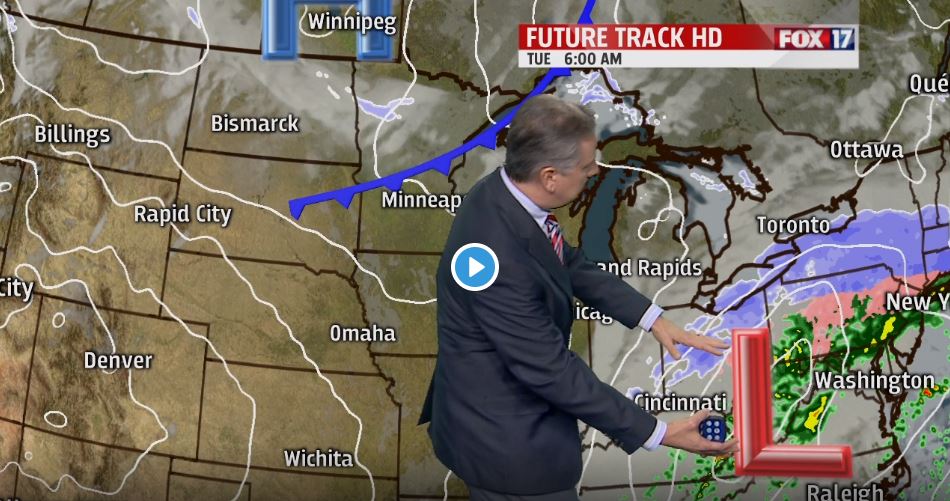 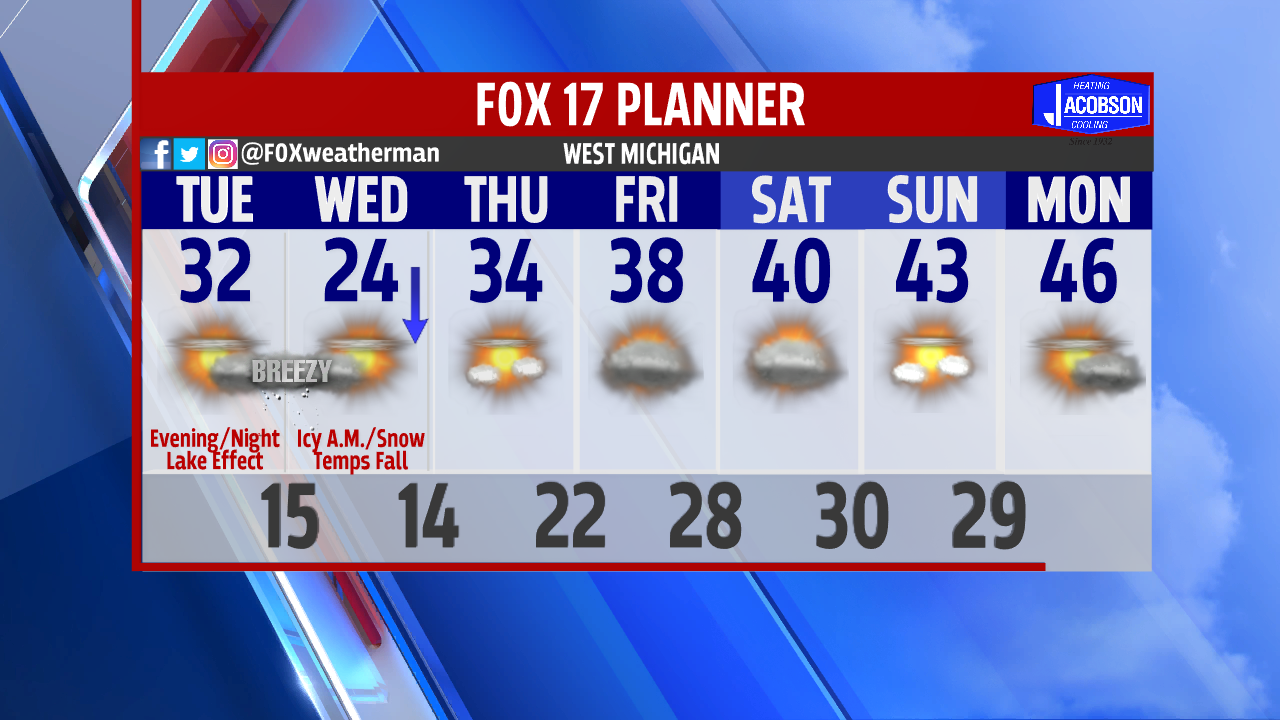 WEST MICHIGAN — The forecast from FOX 17 Chief Meteorologist Kevin Craig: Tonight will be partly to mostly cloudy with no major weather systems in the vicinity. Tuesday will be tranquil as well, but low pressure will be quick to develop northwest of Lake Superior. This low will dive quickly to the southeast Tuesday night, bringing a shot of Arctic air to West Michigan and some minor lake effect snow accumulations along/west of U.S. 131. An icy morning commute is possible Wednesday as temperatures fall into the teens.

TONIGHT: Partly to mostly cloudy. Lows in the low/mid 20s. Northwest winds at 5 to 10 mph.
TOMORROW: Partly sunny in the morning, then increasing clouds for the afternoon. Highs in the lower 30s. Winds west at 10 to 15 mph.
TOMORROW NIGHT: Lake effect snow showers developing as a brief blast of Arctic air pours into the region. Accumulations will generally be less than one inch, but there could be some 1" to 2" totals in some areas west of US-131. Lows in the middle teens. West/northwest winds at 10 to 15 mph. Wind chills in the single digits.
WEDNESDAY: A chance of morning snow showers, mainly west of US-131. Becoming partly sunny in the afternoon. Breezy and cold with highs in the low/middle 20s early, but falling into the teens during the day. Winds west-northwest at 10 to 20 mph.. Wind chills in the single digits.
THURSDAY: Partly to mostly cloudy and milder. Highs in the middle 30s.