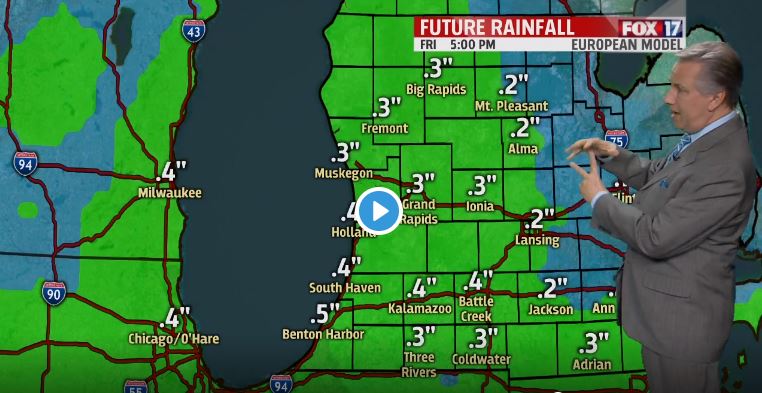 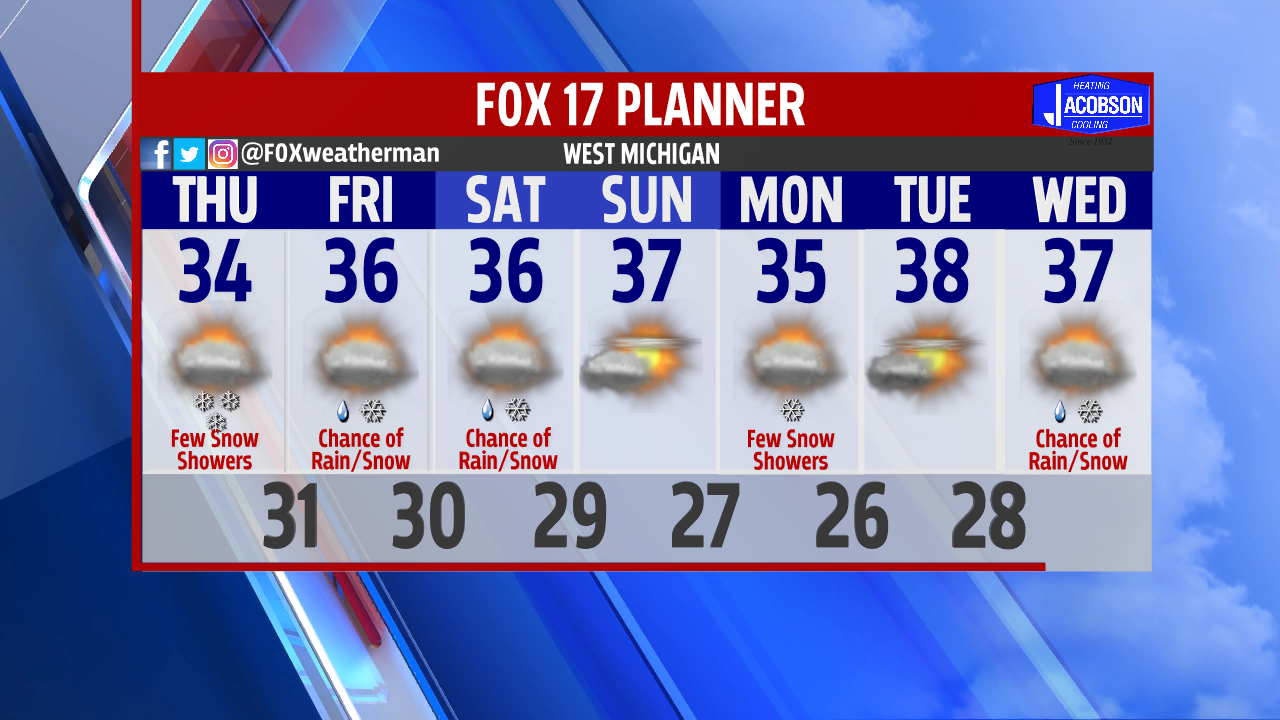 WEST MICHIGAN — The forecast from FOX 17 Chief Meteorologist Kevin Craig: A slow-moving low pressure system rotating across neighboring states to our south from tonight through Saturday will keep skies cloudy with occasional rain and snow showers through the end of the week. Temperatures will remain above average for this time of year... Especially at night with lows in the upper 20s to low 30s.

TONIGHT: Mostly cloudy. A chance of light snow developing toward daybreak. Lows in the mid/upper 20s. South to southeast winds at 5 to 10 mph.

TOMORROW: Cloudy with scattered snow showers. Accumulations of an inch or less expected. Highs in the middle 30s. Southeast winds at 5 to 10 mph.

TOMORROW NIGHT: Mostly cloudy with a few snow showers still possible. Mild with lows around 30. Southeast winds at 5 to 10 mph becoming easterly at 10 to 15 mph late.

FRIDAY: A mix of rain and snow showers. Highs in the middle 30s. East to northeast winds at 8 to 16 mph.