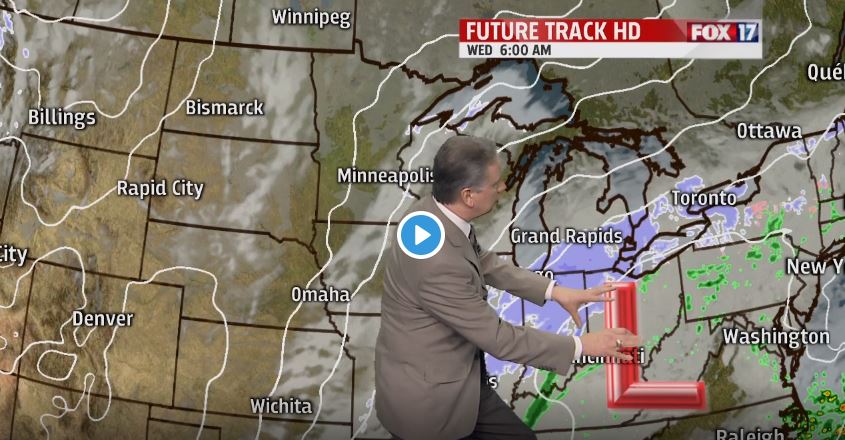 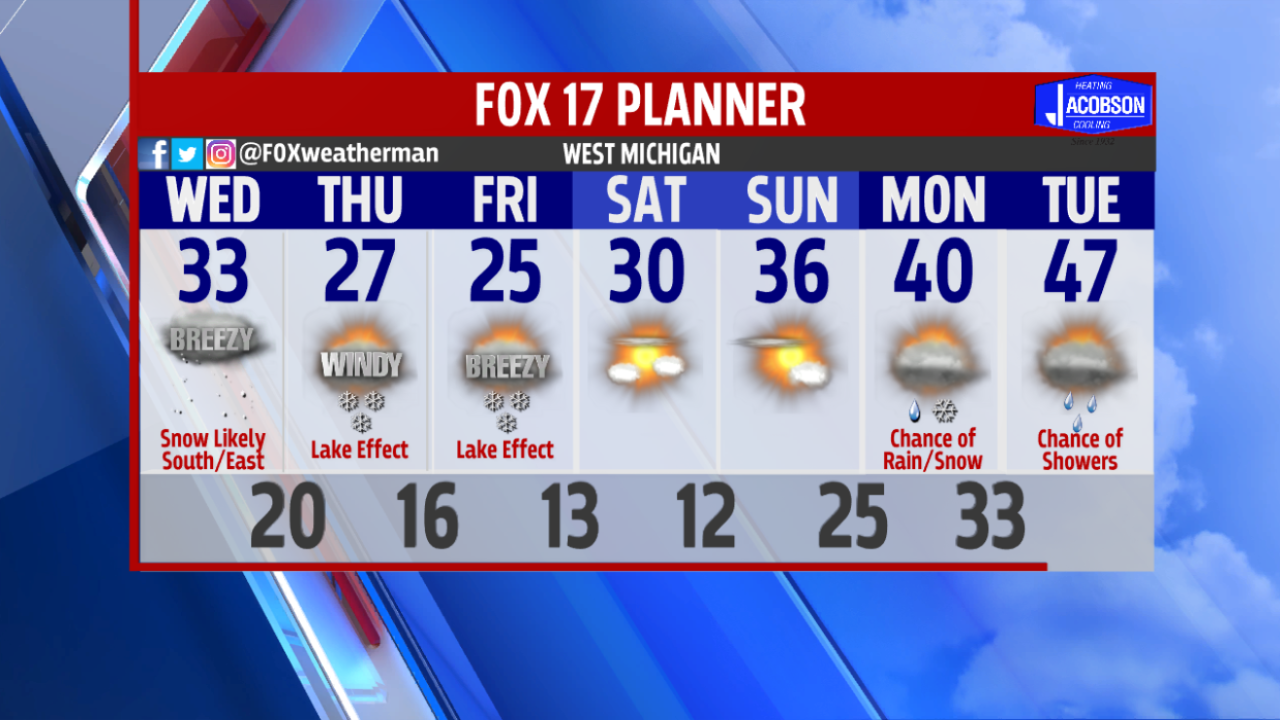 GRAND RAPIDS — The forecast from FOX 17 Chief Meteorologist Kevin Craig: The midweek snow storm we've been tracking is now on a path that's a bit further south and east of Michigan. This means most of West Michigan will only get a glancing blow from this storm. That said, 3" to 6" snow totals are possible in some areas along and south of I-94 through Wednesday. After this system moves further to the northeast, expect a strong northwest wind to develop on Thursday with lake effect snow as Arctic air arrives.

TONIGHT: Snow showers or flurries developing from Grand Rapids to the northwest tonight will bring an inch or less of accumulation. Heavier snow totals of 1 to 3 inches are possible with steadier snow expected further south and east. Lows in the mid/upper 20s. Northeast to north winds at 10 to 15 mph.

THURSDAY: Mostly cloudy, windy, and colder. Lake effect snow showers possible, mainly west of US-131. Highs in the middle to upper 20s. West/northwest winds at 20 to 30 mph. Wind chills in the single digits to near 10 above.