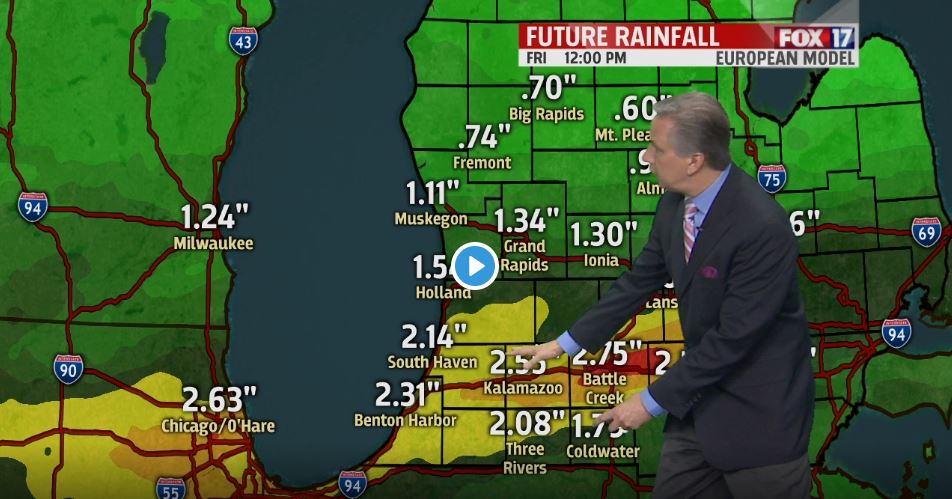 Rain Arrives Later in the Week 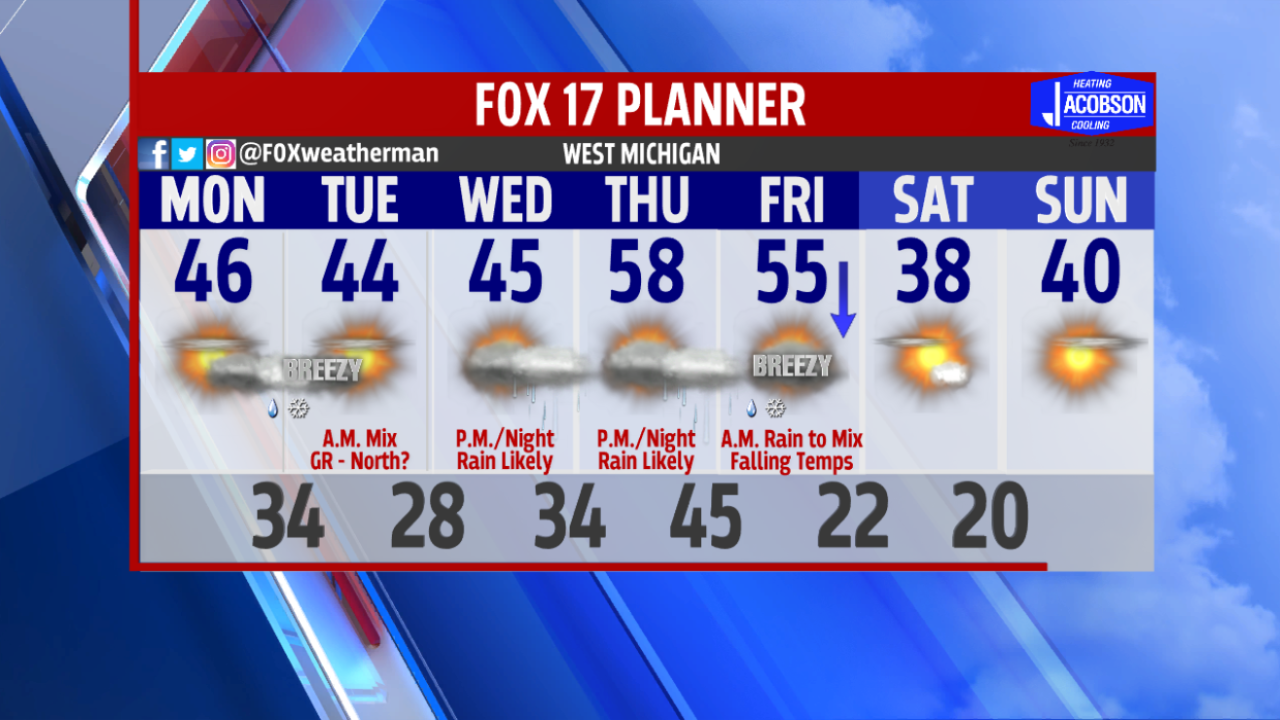 WEST MICHIGAN — The forecast from FOX 17 Chief Meteorologist Kevin Craig: Mostly clear skies will dominate overnight into Monday morning. Clouds will thicken through the day and we'll have the chance of some very light rain/snow showers Monday night into early Tuesday morning from Grand Rapids northward as a weak cold front passes. Our next bigger system arrives Wednesday afternoon/evening as steady rain develops. A second round of heavier, steady rain is likely Thursday afternoon/evening/night as another low pressure system with a fair amount of moisture works into the Great Lakes. In fact, we may see between one to two inches of rain from these systems this week. We will also have the chance for a few thundershowers Thursday evening/night as the low passes over the state creating some decent lift and briefly warmer temperatures pushing almost 60 degrees! At this point, high pressure builds in for next weekend with sharply cooler temperatures, but also sunshine and dry conditions. Have a safe week!

OVERNIGHT: Mostly clear and seasonably cool. Lows in the mid 20s. Winds northeast/southeast at 5 to 10 mph.