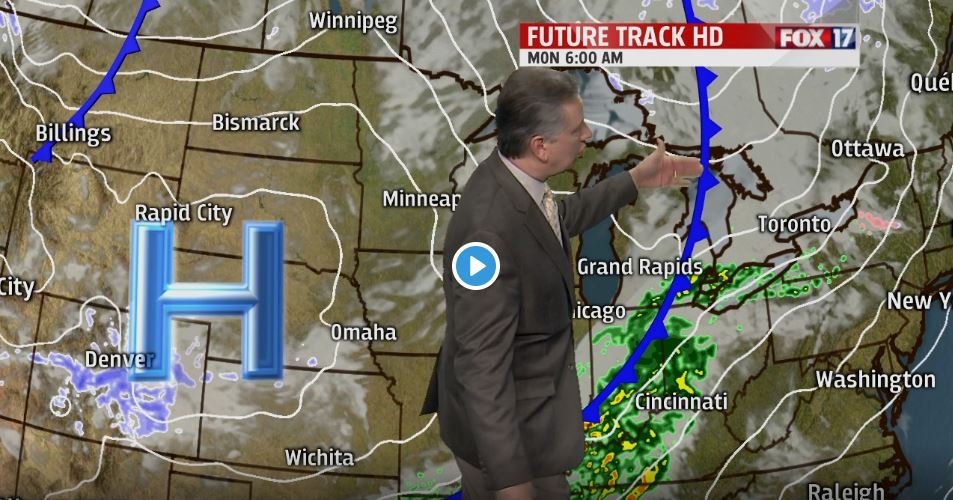 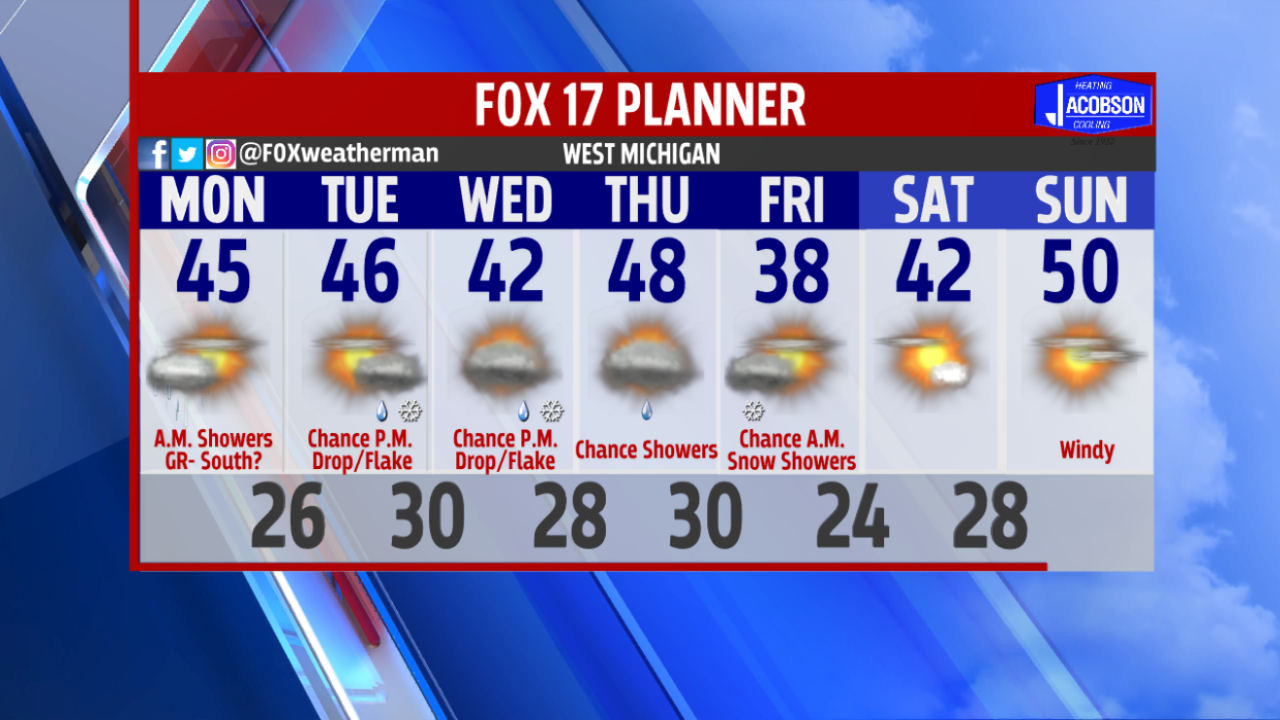 GRAND RAPIDS — The FOX 17 forecast from Chief Meteorologist Kevin Craig...Temperatures will mainly remain above normal this week with minimal chances for rain/snow showers. Meteorological spring kicked off on March 1st, and continues through April and May. We expect temperatures back up to around 50 degrees by next week Sunday.

TONIGHT: Becoming mostly cloudy with a chance of rain showers from Grand Rapids southward. A rumble of thunder is also possible along/south of I-94. Mild temps. Lows in the mid/upper 30s. Winds becoming west at 5 to 15 mph.

TOMORROW/MONDAY: A chance of rain showers in the morning from Grand Rapids southward, otherwise some afternoon sunshine is possible. Highs in the mid 40s. Winds west at 7 to 14 mph.

TUESDAY: Some morning sunshine, otherwise increasing clouds and breezy with a chance of light rain/snow showers in the afternoon/evening. Highs in the mid 40s. Winds south/southwest at 10 to 20 mph.