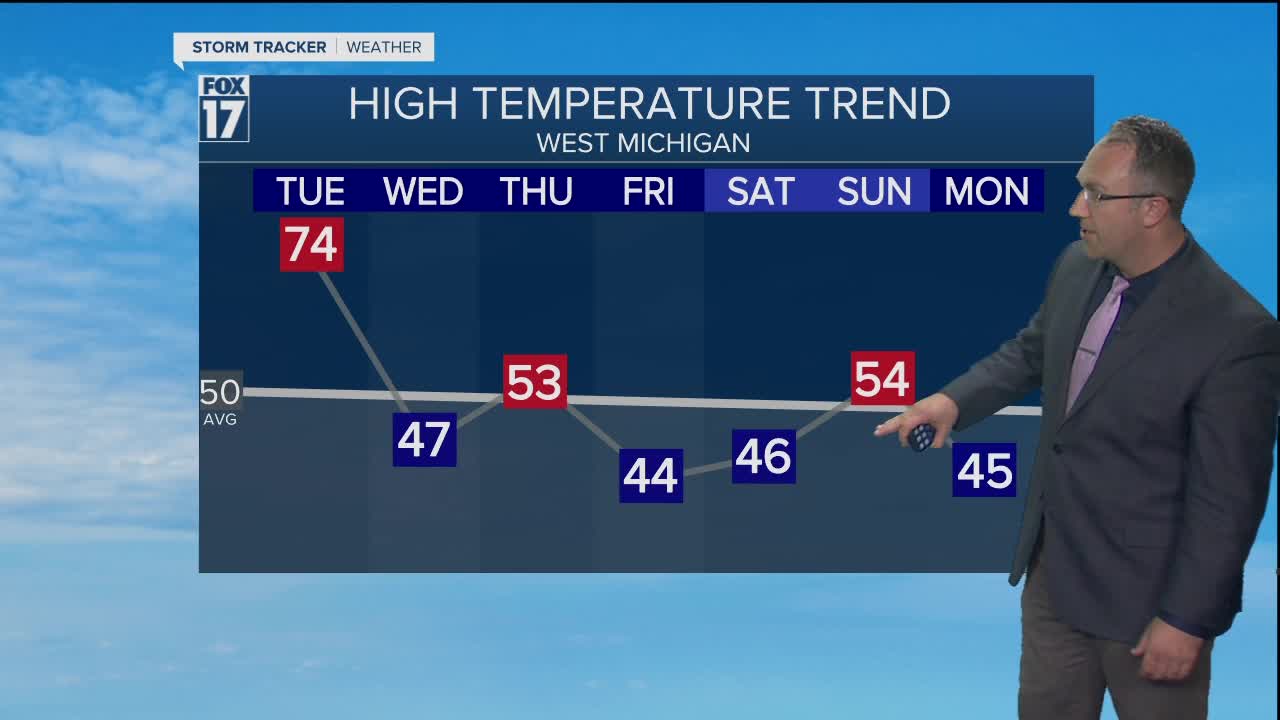 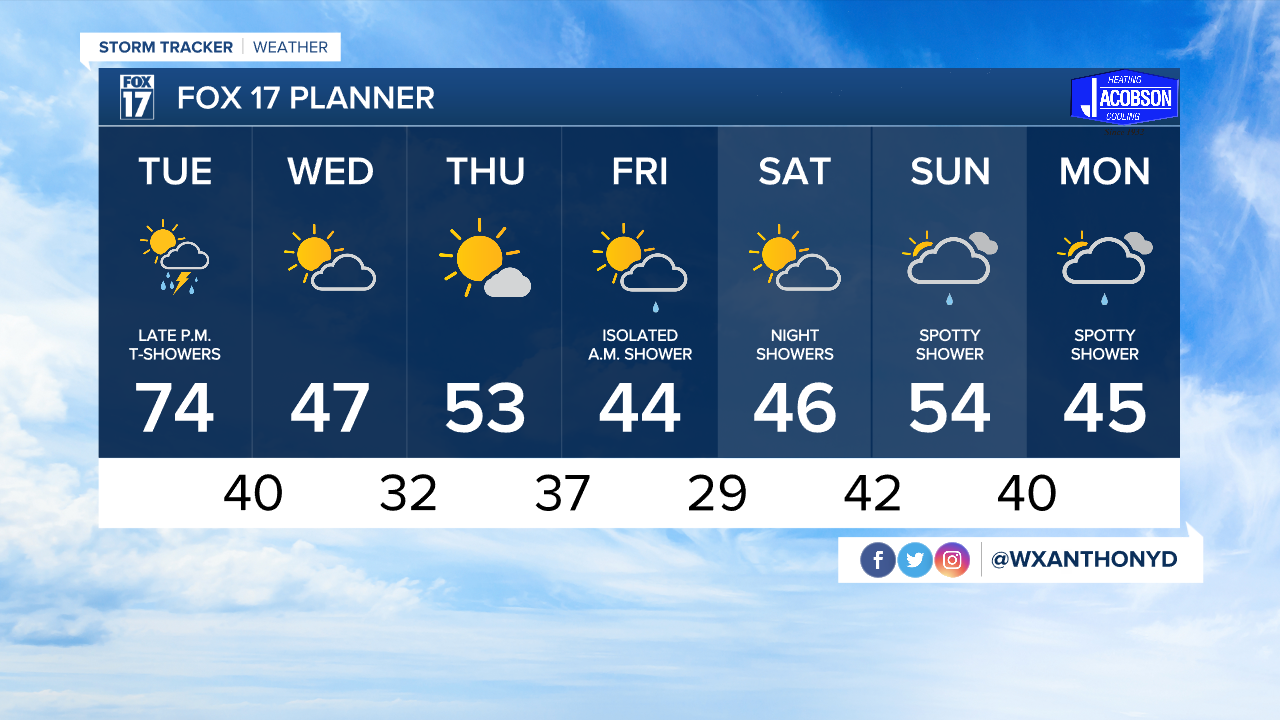 WEST MICHIGAN — The forecast from FOX 17 Meteorologist Anthony Domol: Obviously, we have been experiencing uncharacteristically warm temps for the season. Records again were broken area wide on Monday and we look for the same on Tuesday. A cold front's arrival mid-evening on Tuesday, however, will mark a shift to a cooler pattern at least for a several day stretch through this upcoming weekend. A band of showers and thunderstorms are to cross the region from west to east by mid-evening on Tuesday bringing gusty winds between 40-50 mph and briefly heavy rainfall. Look for highs in the 40s and 50s for the remainder of the week after the passage of this front. Take note, though, another substantial warming trend has a good chance to get going by later next workweek!

TOMORROW/TUESDAY: Partly sunny to mostly cloudy and still warm. Windy too, with highs in the low/mid 70s. Showers and storms develop after dark. Winds south at 15 to 25 mph, gusting to 30-35 mph.

TUESDAY NIGHT: Evening showers and thunderstorms accompanied by very gusty winds and briefly heavy rainfall. Lows in the low 40s. South winds shift to the west at 15-30 mph, gusting as high as 40-50 mph during the evening.