Power expected to be restored by Wednesday afternoon, Consumers says 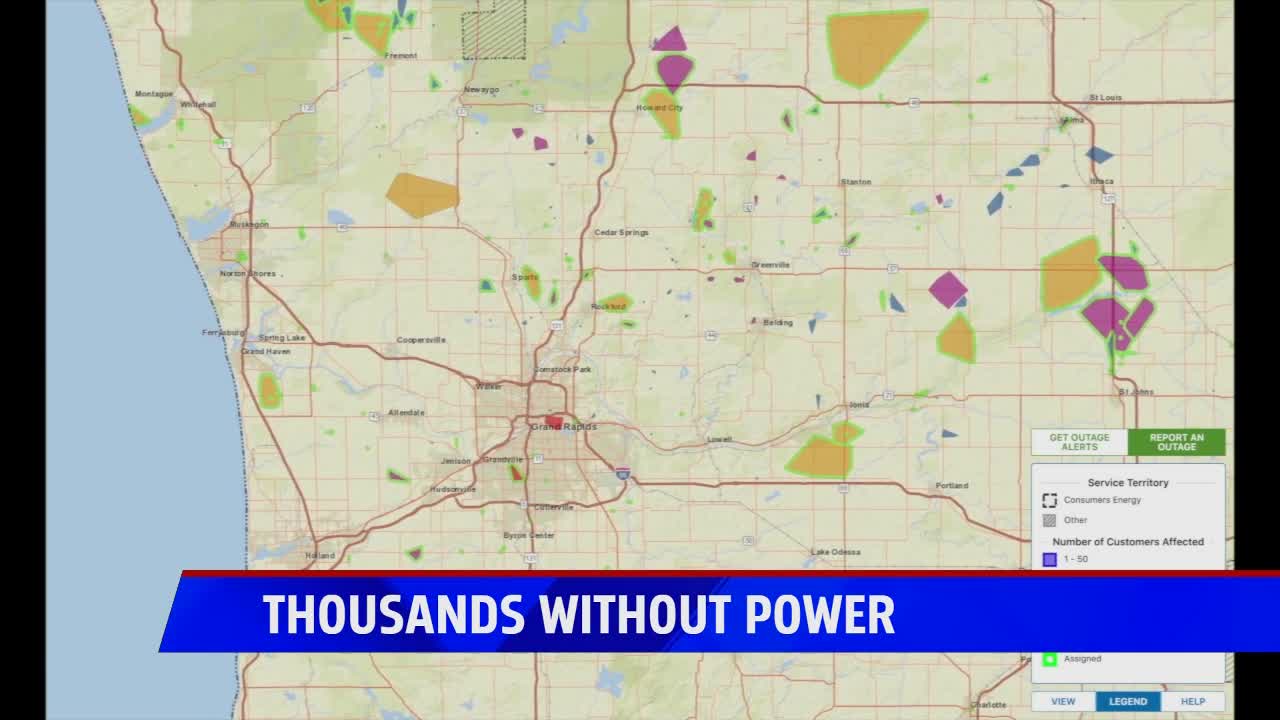 GRAND RAPIDS, Mich. — (Note: Watch the video for an update from Consumers Energy on restoration times from FOX 17 Morning News.)

More than 28,000 residents scattered across West Michigan...mainly along and north of I-96 are without power after strong to severe thunderstorms tore through the area. Most were marginally severe, barely strong enough to trigger warnings, but many packed extensive lightning and heavy rain. Some generated wind gusts of more than 60 mph bringing some trees down and power lines. We also had reports of trees down on houses in the Pentwater area in Oceana County, and multiple large trees down in Lake Odessa in Ionia County.

The severe storms occurred after temperatures soared into the 80s on Tuesday and humidity levels were in the tropical range. Both tend to fuel storms and that's what happened as they rolled in across Lake Michigan from Wisconsin. A SEVERE THUNDERSTORM WATCH was issued for most of the area in the late evening, which eventually spawned a few SEVERE THUNDERSTORM WARNINGS for wind and hail.

Below is a outage map from Consumer's Energy from about 2: 45 A.M. Wednesday morning. More than 28,000 without power and 429 separate outages.

Consumers Energy says power is expected to be restored by Wednesday afternoon.

The image in this story was taken by a FOX 17 photographer in Grand Rapids as he captured a lightning bolt in the city. Our weather this remainder of the week will be much more on the quiet side. Get the forecast at www.fox17online.com/weather.