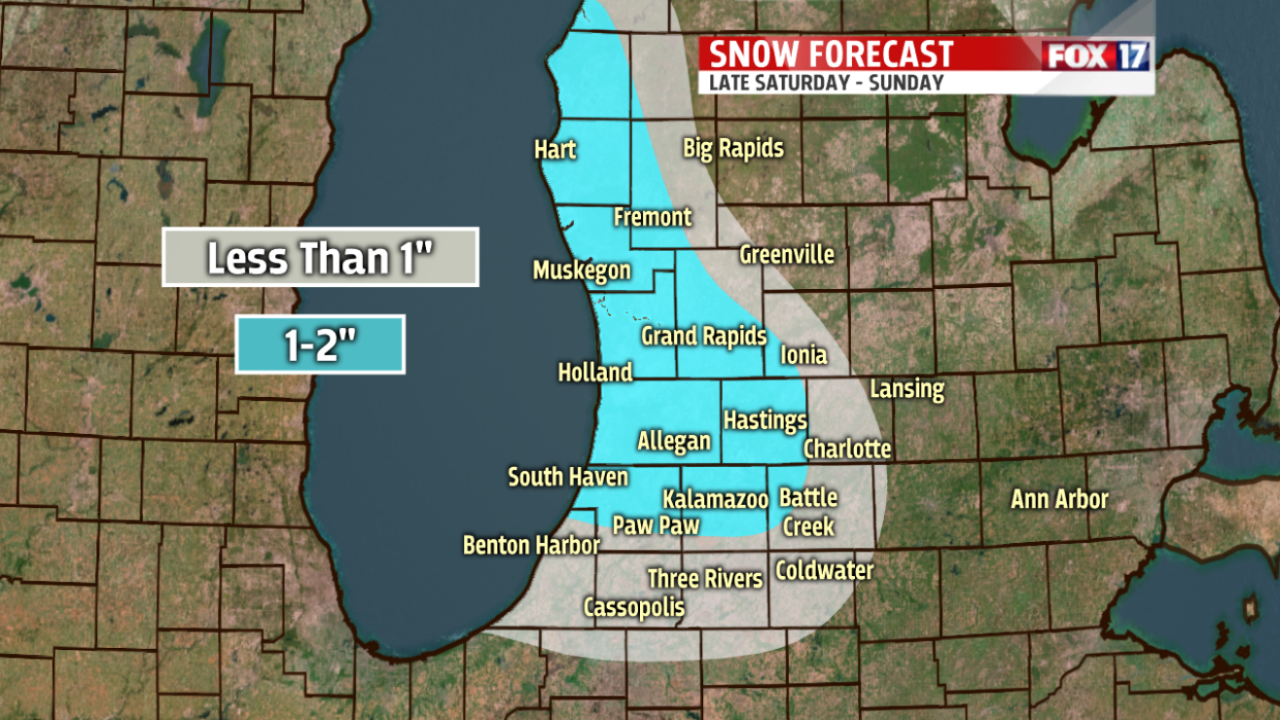 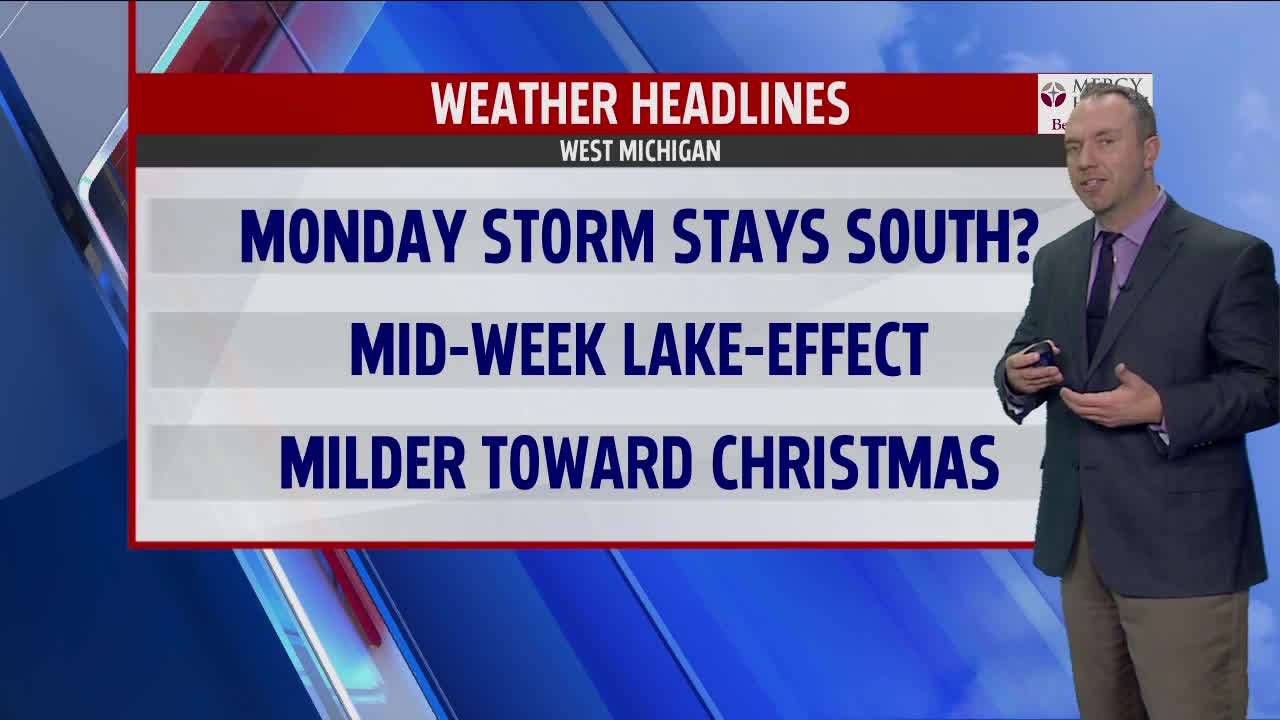 GRAND RAPIDS, Mich. — We are looking at more clouds for today and Sunday with even some snow showers that can accumulate a bit overnight tonight. Expect cool, but not terribly cold, temperatures for this afternoon in the middle 30s. A cold front working in from the west increasing northwest winds mid-late afternoon into this evening will help get some lake-effect activity going for this evening and overnight period. Though some light moisture will be around this afternoon especially along the Lakeshore in the form of drizzle / flurries or light rain / light snow, nothing significant is to occur nor will anything be accumulating during the daylight stretch.

As we go mid-evening and beyond, flurries and snow showers will likely begin to develop along the northern reaches of our viewing area with the focus near the Lakeshore. Snow showers will work southward as the late evening evolves into the overnight. The overnight period will be the best opportunity for some light accumulations of snow here in Grand Rapids.

As is the case with most lake-effect situations, the heaviest of the snow showers will be localized. This is be a rather minor event overall, but the prospect does exist for slippery and snow-covered roadways early Sunday morning. We are talking about accumulations ranging from a dusting to as much as 1-2" with the emphasis on locations along and west of US Highway 131. Lake-effect snow showers will largely exit by late Sunday morning with just a few flurries possible thereafter.

The next item of business is to address the prospect for any potential storm early this coming workweek. Taking a consensus of the latest information, it appears as though the important snow band associated with this system is likely to remain just south of West Michigan. Models indicate that this system will remain as a progressive wave of low pressure as opposed to a wrapped-up classic winter storm where the northern and southern branches of the jet stream phase together. The net result is a weaker system overall that likely will take a southerly, more suppressed storm track. The energy with this system is just now coming ashore the Pacific Northwest and there is still a short window available for a stronger storm to emerge on the models and thus a northward shift with the storm track. As it stands now, however, the odds of significant effects from this particular center of low pressure are diminishing. Stay tuned to forecasts later today and tonight.

Looking out into Tuesday and Wednesday, colder air arrives on northwest winds and some level of lake-effect activity is likely to get going once again. The extent ( coverage and intensity ) of this lake-effect snow is in question but the prospect for a few / several inches of snow for some areas is on the table. Later this week we look for a milder trend to get going. After highs in the 20s Tuesday and Wednesday, we return to the low to mid 30s on Thursday and the upper 30s on Friday. As of now it appears as though the days leading up to Christmas could turn out on the mild side. This is not good news for the chances for a White Christmas around our neck of the woods.