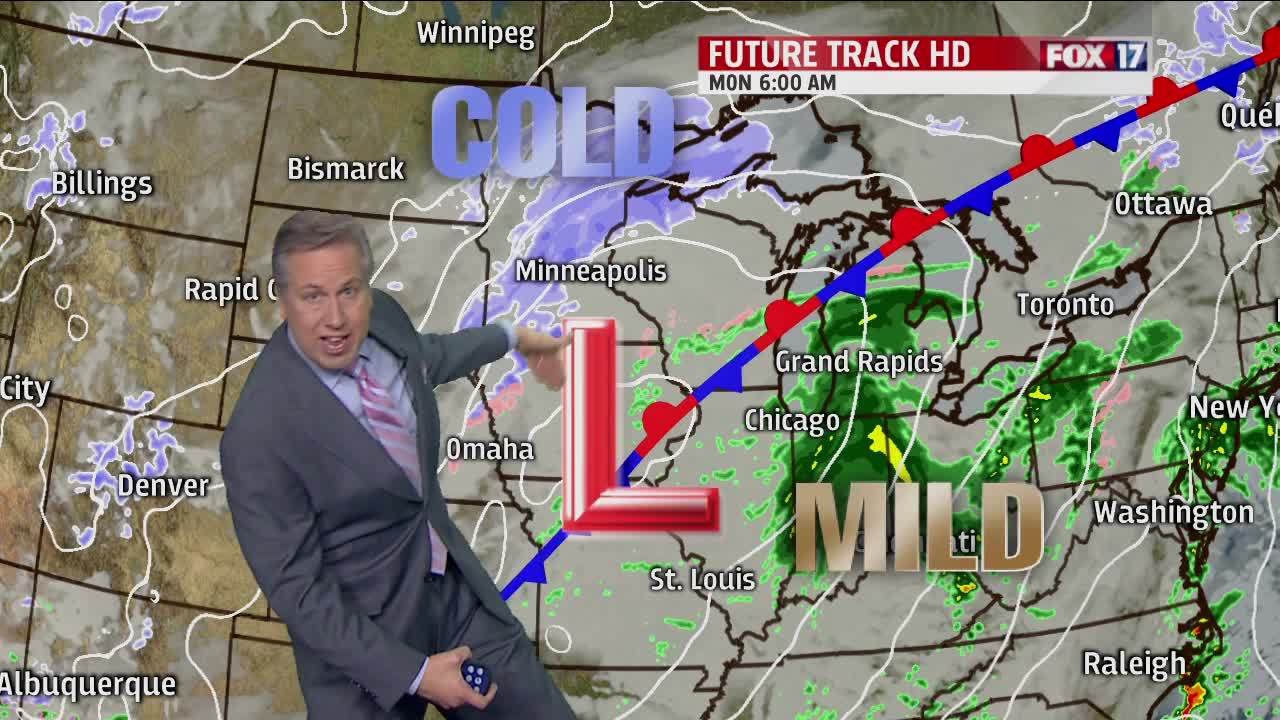 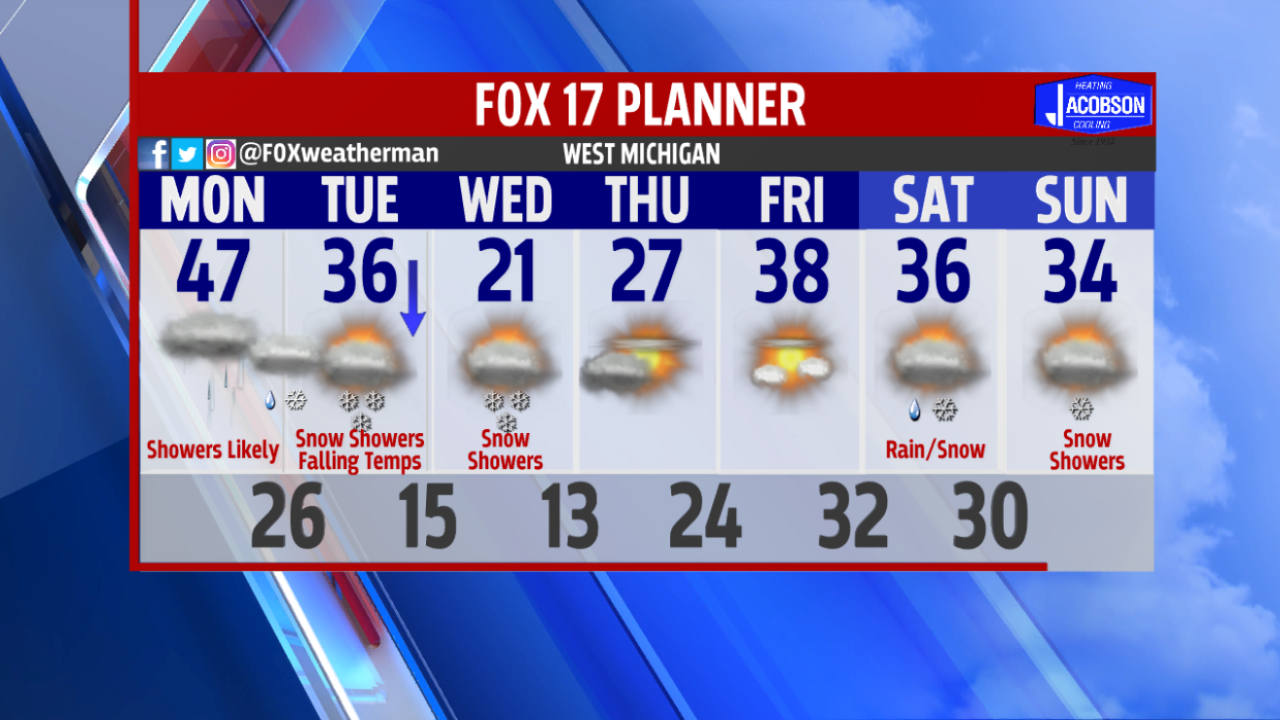 WEST MICHIGAN — The forecast from FOX 17 Chief Meteorologist Kevin Craig: Light rain and drizzle will likely develop overnight into Monday morning. Rain showers are likely on Monday, but mild temperatures in the mid/upper 40s will dominate before a briefly, sharply colder Arctic airmass arrives Tuesday. Any lingering rain showers will changeover to snow showers Monday night into Tuesday, before transitioning to all lake effect snow showers Tuesday and Wednesday. While a dominating west wind normally has the potentially to produce several inches of lake effect snow along/west of U.S. 131, we expect the airmass to be somewhat dry, plus a temperature inversion at around 5,000 feet. This is where temperatures actually warm above the surface. This inversion should keep lake effect snow totals from getting out of hand the next few days. That said, I still expect accumulating snow along/west of U.S. 131 through Wednesday.

THIS EVENING/OVERNIGHT: Cloudy and dry through the evening, otherwise light rain/drizzle develop overnight with areas of fog. Lows mild in the low/mid 40s. Winds south/southeast at 5 to 10 mph.

MONDAY NIGHT: Cloudy with rain mixing with/changing to snow showers. Lows in the mid/upper 20s. Winds west at 10 to 20 mph.

TUESDAY: Mostly cloudy and breezy with lake effect snow showers likely, especially along/west of U.S. 131. An inch or two of accumulation possible. Highs around midnight in the mid/upper 30s, then falling into the 20s through the day. Wind chills in the teens.