Tonight's forecast: Another round of potentially heavy snow, freezing rain and sleet 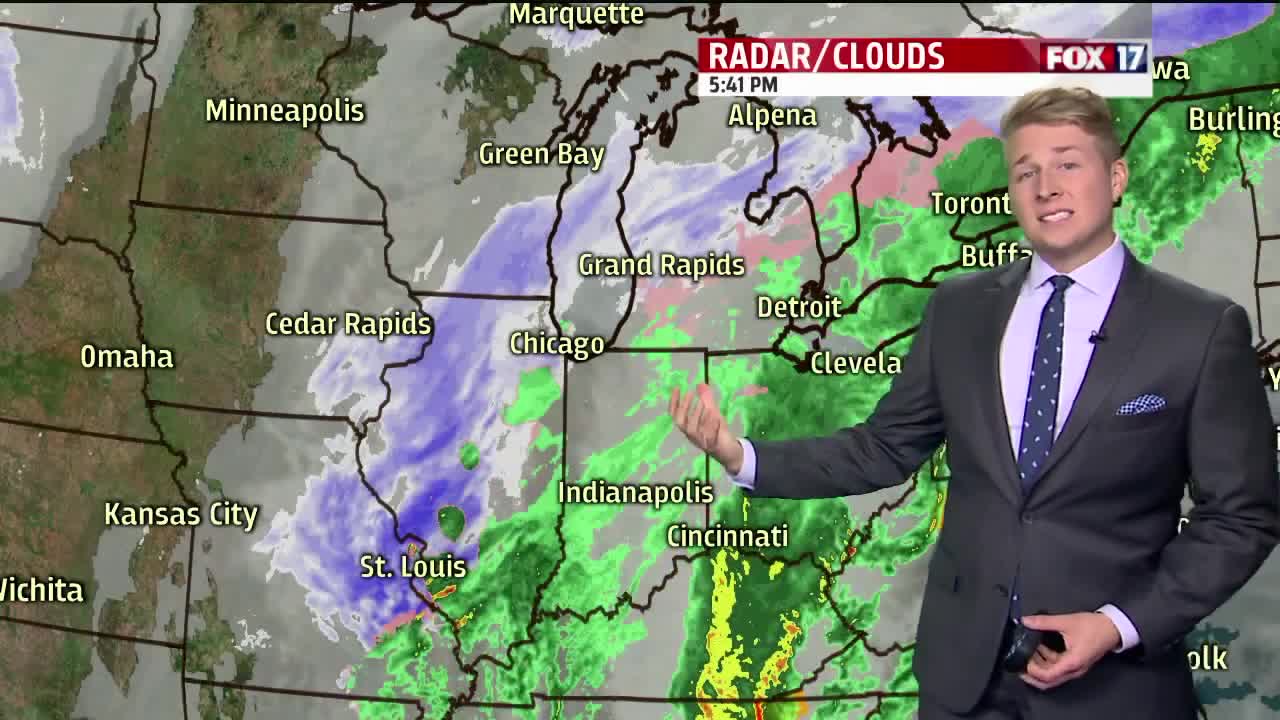 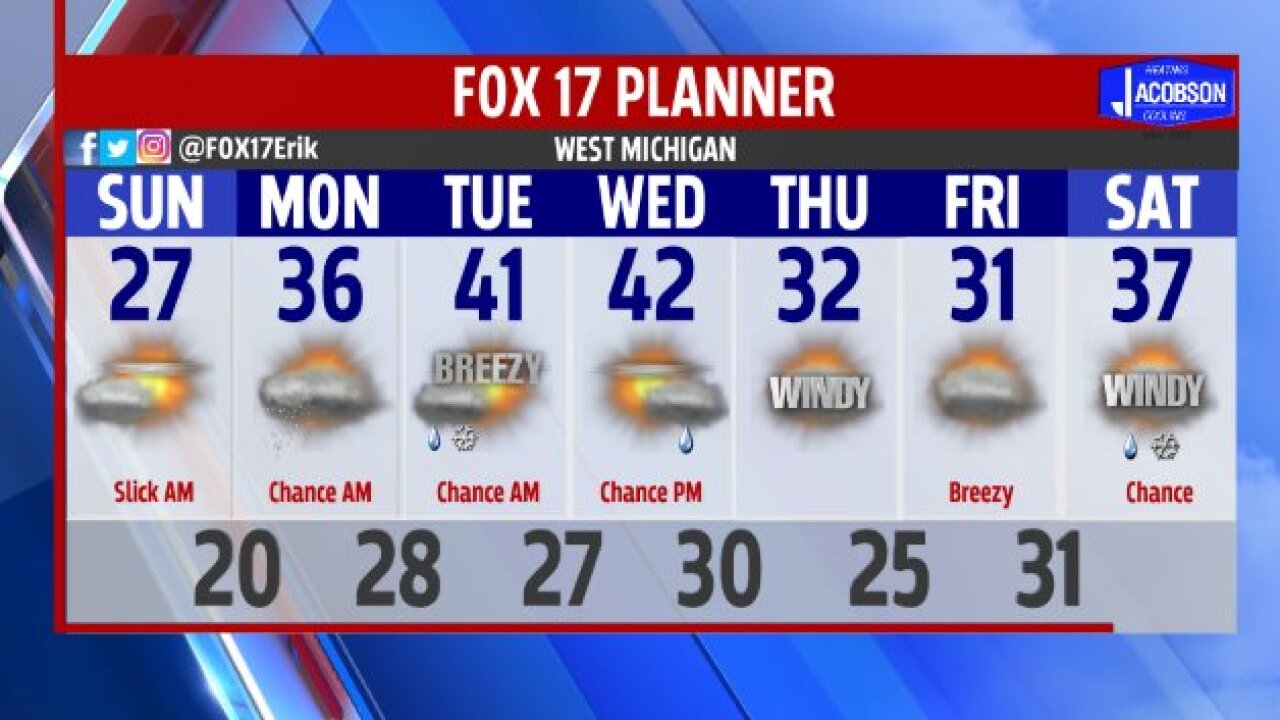 WEST MICHIGAN — The forecast from FOX 17 Meteorologist Erik Kostrzewa: Although the winter precipitation today has been fairly light with only minor impacts, heavier freezing rain, sleet, and snow will move in late this afternoon into this evening. This will make travel difficult. The icy mess will change to all snow later this evening, and then taper off during the overnight hours tonight. Although the freezing rain accumulations look somewhat lighter than what we were previously thinking, this storm could still produce enough ice to cause some power outages tonight. Sunday brings a few peeks of sunshine, but we likely won't thaw out until Monday.

TONIGHT: Windy with periods of freezing rain, snow and sleet. Lows in the teens.

MONDAY: Mostly cloudy with a chance of light snow in the morning. Highs in the low to mid 30s.

TUESDAY: Partly sunny with a chance of a light wintry mix in the morning. Highs in the lower 40s. Breezy.