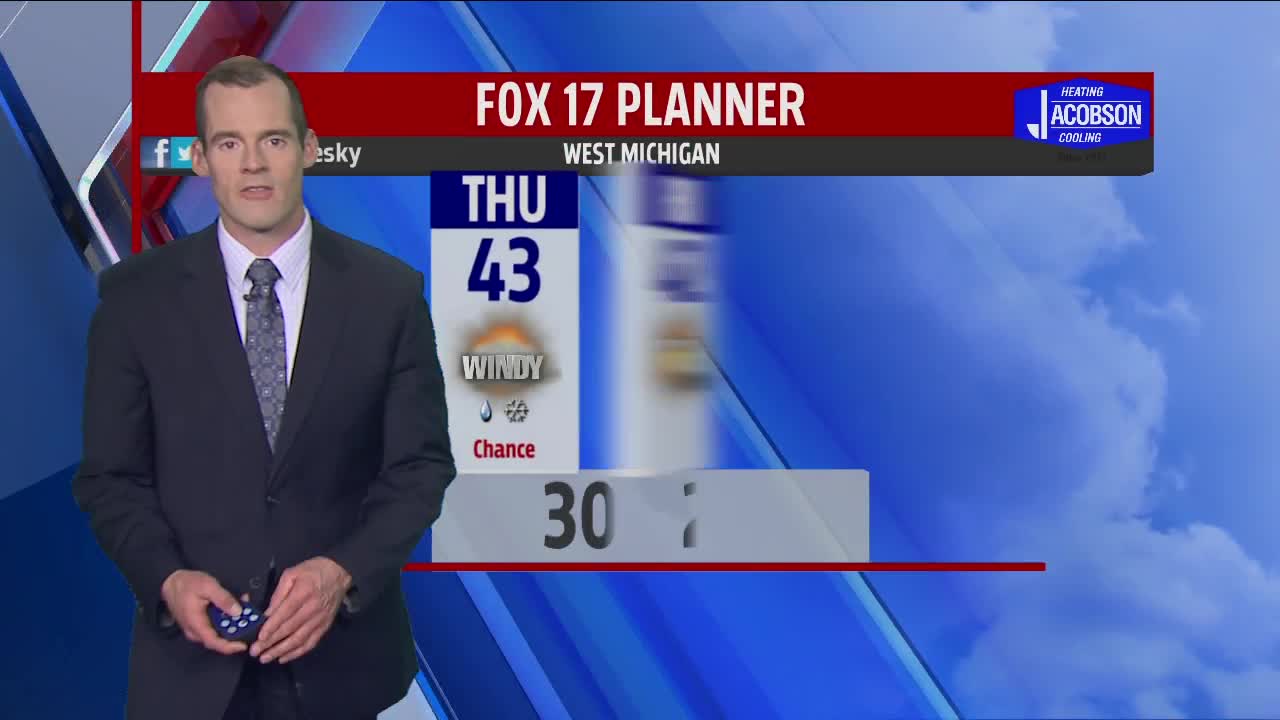 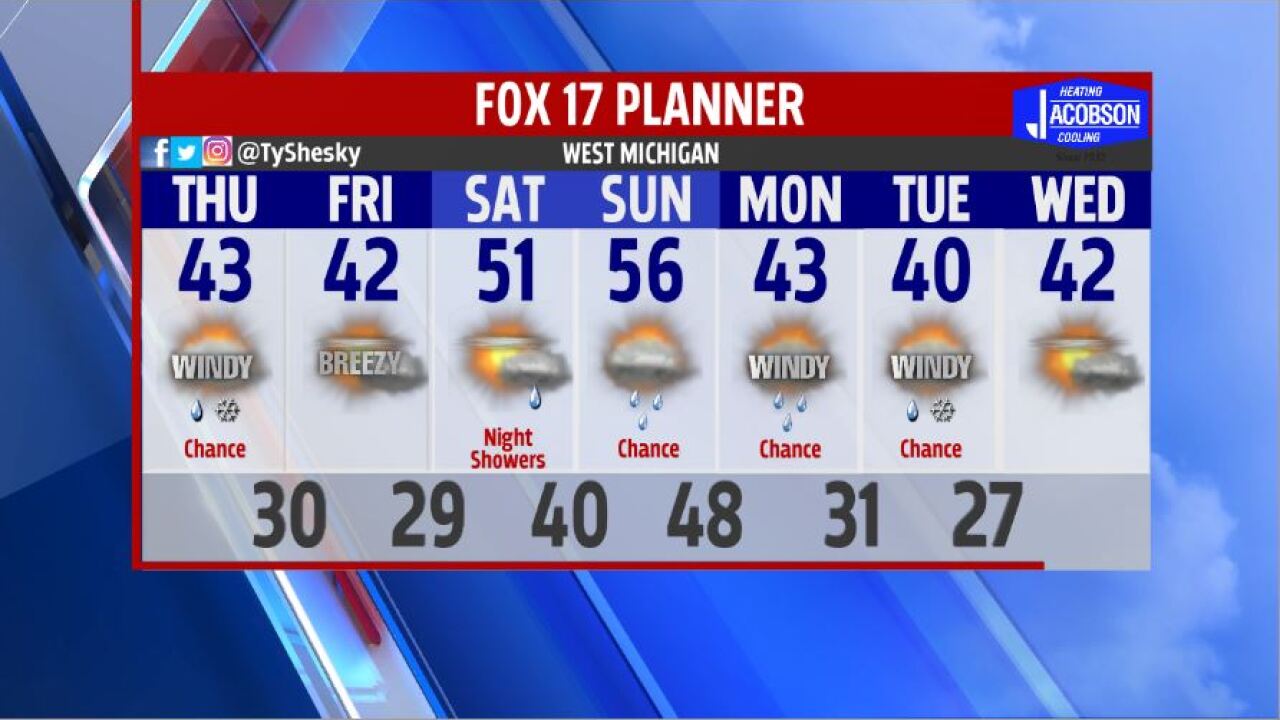 WEST MICHIGAN — The forecast from FOX 17 Meteorologist Ty Shesky: Showers will roll through the area this evening ahead of a strong cold front. After the front passes, expect a powerful west/northwest wind to usher in much colder air for the end of the week and beginning of the weekend. In fact, it looks cold enough for a few snow showers with little or no accumulation expected.

TONIGHT: Cloudy with a good chance of showers, mainly before 1:00am. Lows in the mid to upper 30s. West/northwest winds at 10 to 15 mph.

TOMORROW: Partly to mostly cloudy, windy, and colder with an isolated P.M. rain or snow shower possible. Highs only in the low/mid 40s. West northwest winds at 15 to 30 mph with gusts to 40-45 mph at times. Wind chills in the 20s and 30s most of the day.

TOMORROW NIGHT: Mostly cloudy, breezy, and cold. A few snow showers mixed with sleet possible. Little or no accumulation. Lows around 30. West/northwest winds at 10 to 20 mph.

FRIDAY: Partly sunny and cool. Still quite breezy. Highs in the low 40s. West/northwest winds at 10 to 20 mph.