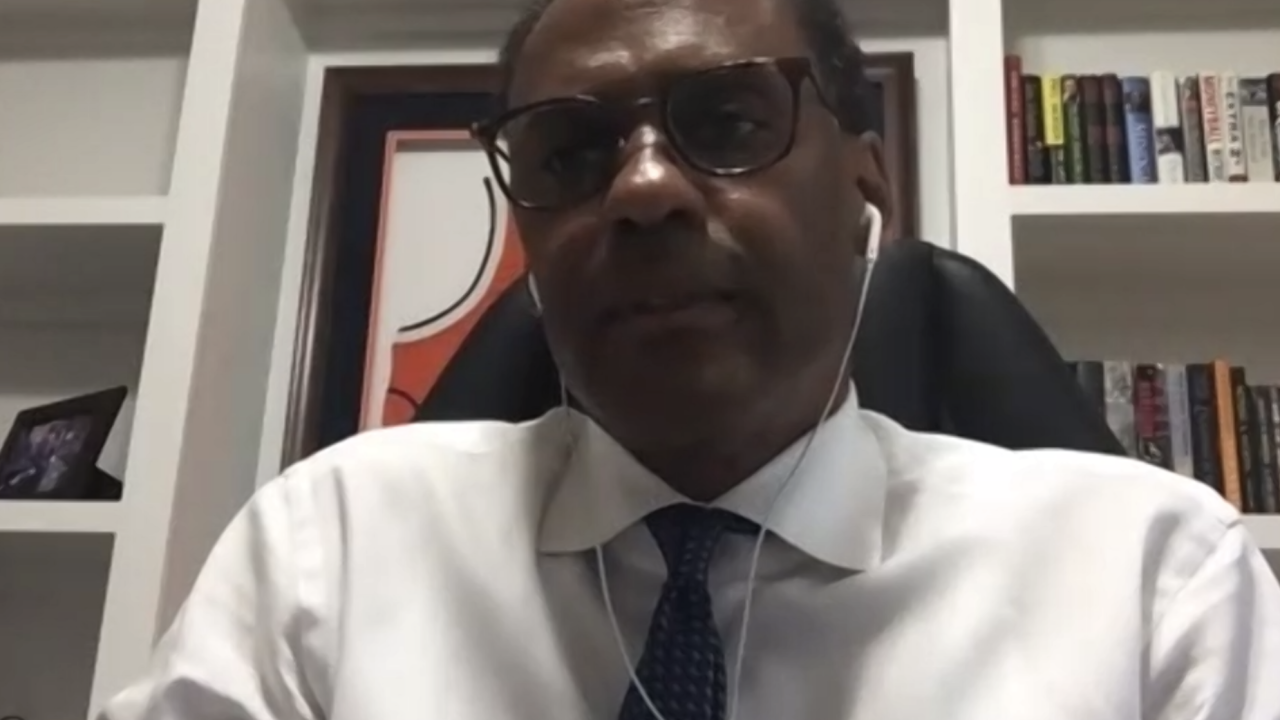 DETROIT (AP) — The timing eventually worked out for Troy Weaver and the Detroit Pistons.

The Pistons introduced Weaver as their new general manager on a video conference Monday. The former Oklahoma City Thunder executive joins a Detroit team that was interested in him previously — and he takes over a GM spot that was vacant for a couple years.

"This isn't a rebuild. This is a restoring. We're not here to re-invent the wheel. We're here to install it back in Detroit." pic.twitter.com/XRHEXVGnfE

“We had actually tried to talk to Troy a couple years ago. OKC wasn’t quite ready to let him go,” Pistons owner Tom Gores said. “So he’s been on our radar for a while.”

The Pistons shook up their front office two years ago. Stan Van Gundy had been the coach and team president, and after Detroit moved on from him, there was no official GM. Ed Stefanski took over the front office, and Dwane Casey was hired as coach.

Now Weaver will fill the GM role, with Stefanski remaining as a senior advisor to Gores.

“Troy, Ed and Dwane will work on a day-to-day basis with each other,” Gores said. “Troy will have normal, and even higher than normal, GM responsibilities.”

Weaver said he felt loyal to the Thunder and wanted to help bring a championship to Oklahoma City — but he thought now the fit was right with the Pistons.

The Pistons haven’t won a playoff game since 2008, although Weaver described the situation as a “restoring” and not a rebuild. The Pistons went 20-46 this season and traded Andre Drummond in February. They hope to have more flexibility going forward.

“We didn’t have a lot of cap room at the time when Ed came on, so we felt like we really needed to clean things up,” Gores said. “I think he did a great job. ... The reason Ed did not come on as GM, we had decided that Ed was going to be one level kind of above that, and that we needed to leave that spot open for our next 10, 15 years, for somebody like Troy.”

"As long as Blake is in a Pistons uniform and under contract, I look forward to working with him. He is in our plans moving forward."

Although the Pistons dealt Drummond and bought out point guard Reggie Jackson, they still have an expensive star on the roster in Blake Griffin. Weaver mentioned Griffin and guard Derrick Rose immediately when asked about Detroit’s roster.

“Those guys have had some injury history, and they’re looking forward to building their careers back, so that stood out. Excited to get them healthy and help us move forward,” Weaver said. “Then the second piece of it is the young players on the roster — Sekou (Doumbouya), (Luke) Kennard, Bruce Brown, Svi (Mykhailiuk).”

Weaver did not want to discuss forward Christian Wood because of his free agency.

The Pistons announced the hiring of the 52-year-old Weaver last week. He spent the past 12 seasons with the Thunder, including three-plus years as vice president of basketball operations. He served eight seasons as vice president/assistant general manager.

“I always recognized Troy as one of the top talent evaluators — you just look at the finished products in OKC, he had a big part of doing that. Not only that, he’s a man of his word,” Casey said. “He’s genuine, he’s real, and I will say this, and in today’s time, with all the unrest, here’s an opportunity for an African American man to be named to this position, and I’m going to credit Tom and Arn and Ed for opening up the door for the opportunity for him to step in.”

Gores was asked about the importance of diversifying the front office with this hire.

“Did we put an emphasis, and make it a priority? Yes,” Gores said. “But at the same time, can’t take an ounce away from Troy. He was the best person in the world for this job.”

"I guess it's got a little ring to it. 'Troy to Detroit.'" pic.twitter.com/FyRr5CmGRj