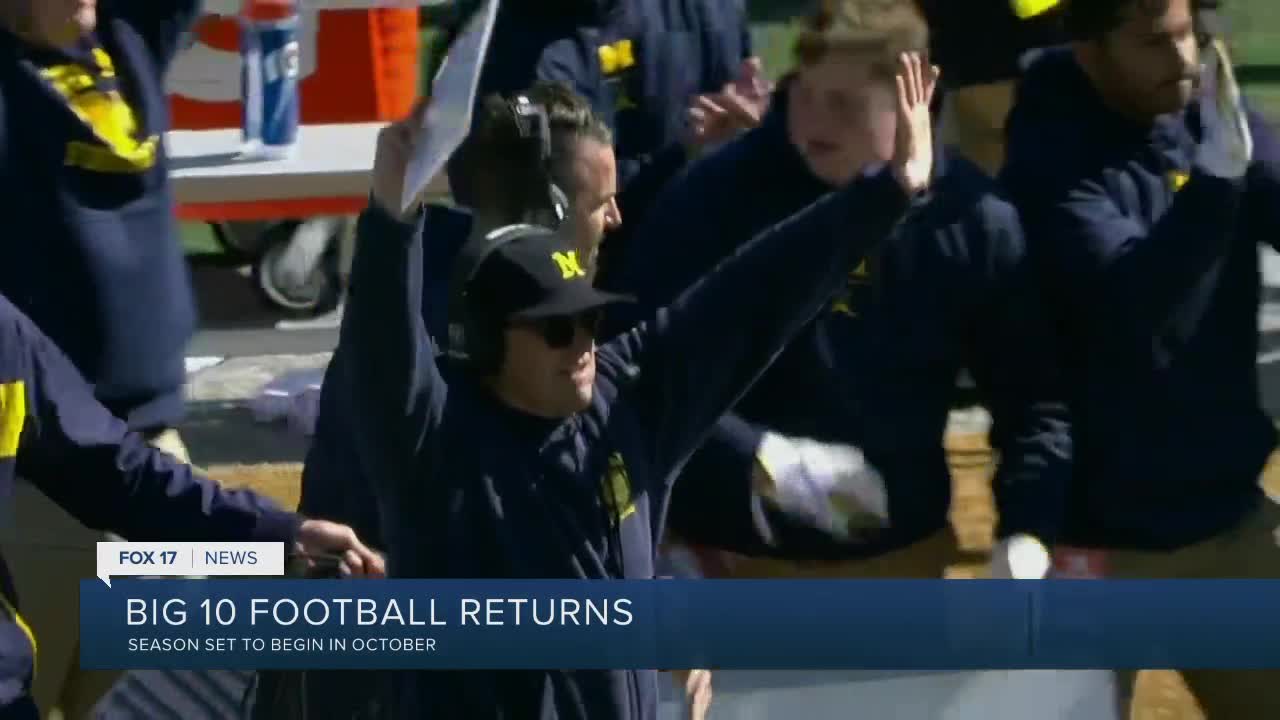 Less than five weeks after the conference announced it would push football and other fall sports to spring because of the pandemic, the conference changed course. 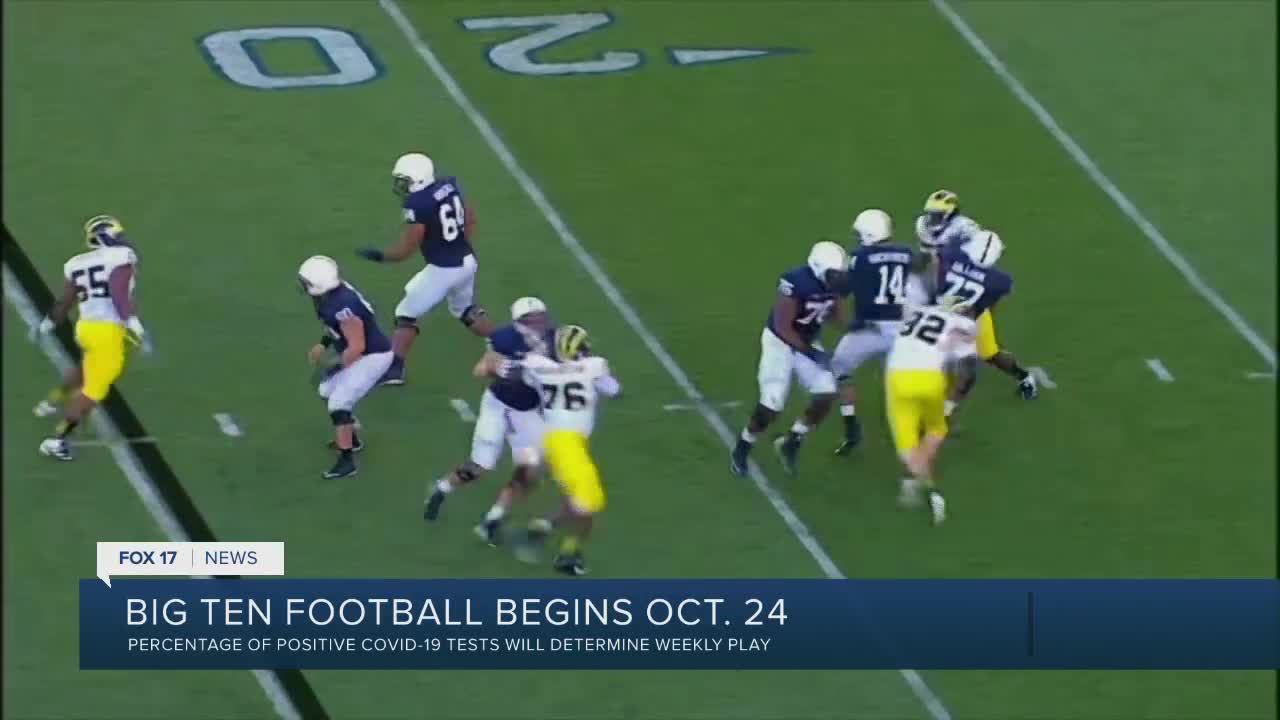 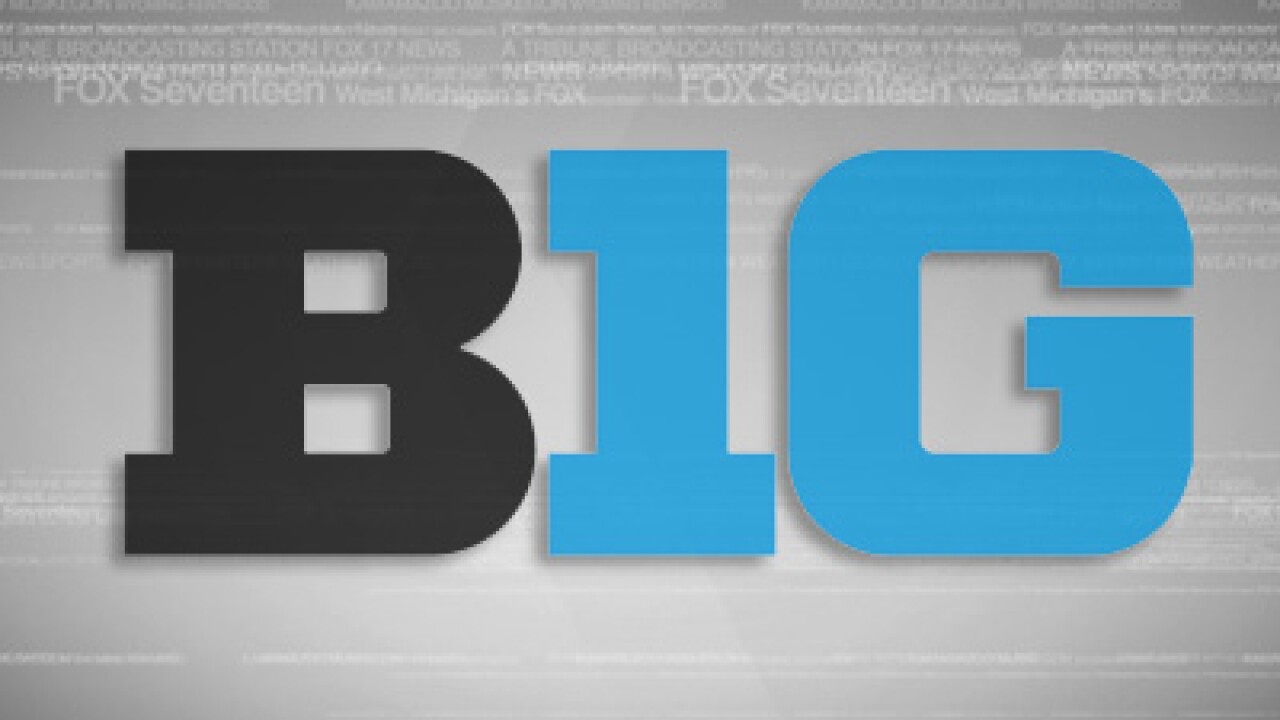 ROSEMONT, Ill. — Big Ten is going to give fall football a shot after all.

Less than five weeks after the conference announced it would push football and other fall sports to spring because of the pandemic, the conference changed course.

The Big Ten, based in Rosemont, Ill., plans to begin its season the weekend of Oct. 24 with an eight-game schedule for each team.

The Big Ten says its Council of Presidents and Chancellors voted unanimously to restart sports.

Back in August, the conference voted to postpone fall sports.

In announcing its 180-degree turn, the league announced what it termed "stringent medical protocols." Daily antigen testing will be required of all athletes, coaches, trainers, and other staff who are on the field for practices and games. Athletes who test positive for coronavirus will undergo a second type of test to confirm the result of the first test.

Further, athletes will "undergo comprehensive cardiac testing to include labs and biomarkers, ECG, Echocardiogram and a Cardiac MRI," the league said in its statement. Each school will have a cardiologist assigned to clear students who have tested positive for coronavirus. The league will then maintain what it's calling a "cardiac registry" to track the effects of COVID-19 in the athletes.

Each member school will also a "Chief Infection Officer who will oversee the collection and reporting of data" for the conference.

There won’t be ticket sales but television deals will help level budget shortfalls.

Michigan State University AD Bill Beekman told reporters Wednesday it could prevent their athletic department from ending this year in the red.

“If we get 30 million from television revenue this year, about three quarters of the games played. But that gets us to about a break even this year,” Beekman said.

School leaders maintain safety is their number one priority.

The Big Ten will implement strict testing measures, and athletes who test positive will be ruled out of playing for 3 weeks.

“My message to our team and frankly everyone else is we have to be as responsible as possible its eally the beginning of the process not the end,” Beekman added.

Former Michigan and Muskegon football star Terrance Taylor tells FOX 17, he believes athletes could be better off at school if they are responsible.

Taylor says giving athletes the chance to play is important for their development and potential career.

“From a player point, I know they're happy to get out there. Some of those guys are in that first year some of the some of the guys it’s their last year, so a lot of things that will come into play in terms of just having a season,” Taylor added.