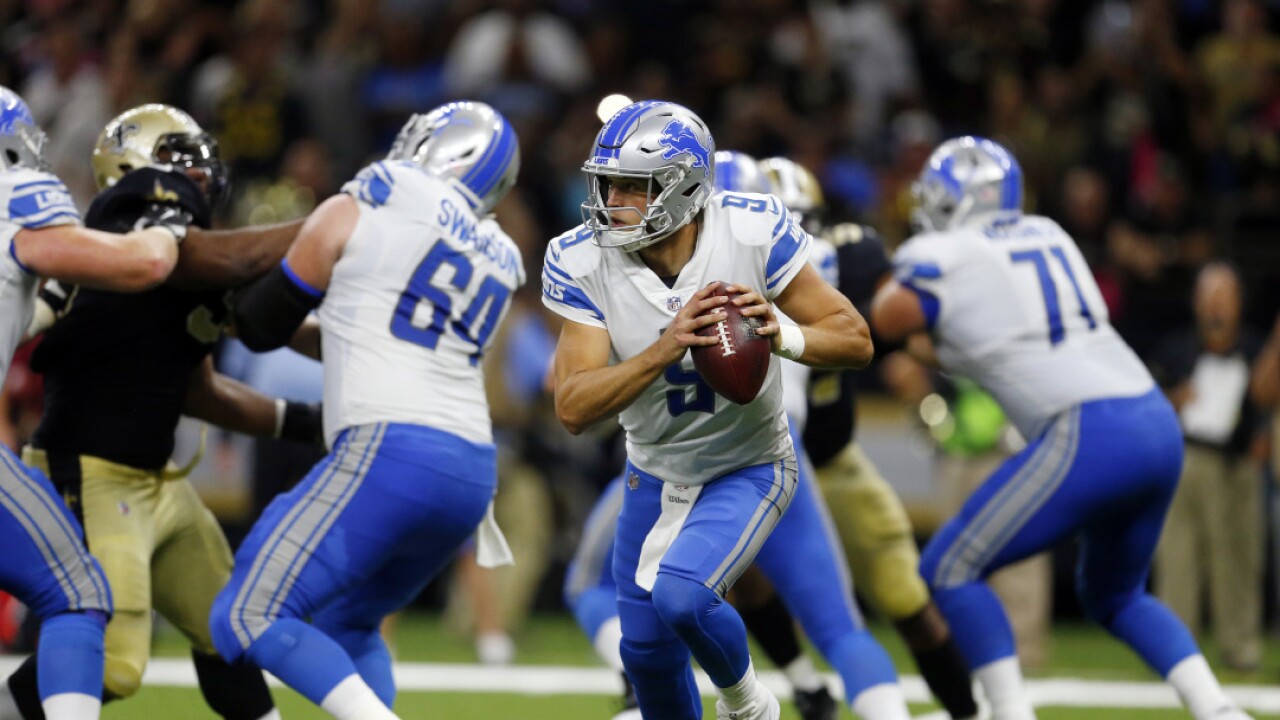 The Saints have lost consecutive games for first time in three years.

New Orleans plays at Detroit on Sunday, aiming to avoid losing three in a row for first time since starting 0-3 in 2016.

The Lions ended an 11-game, 11-month losing streak with a game-ending winning drive at Arizona.

The Drew Brees-led Saints remain without star receiver Michael Thomas in the lineup because of his Week 1 ankle injury.

New Orleans running back Alvin Kamara has an NFL-high six scores from scrimmage.

A win would help the Saints stay within at least a game of NFC South-leading Tampa Bay.

Detroit is in relatively desperate need to earn two straight victories going into its bye week in part because Green Bay and Chicago are undefeated atop the NFC North.