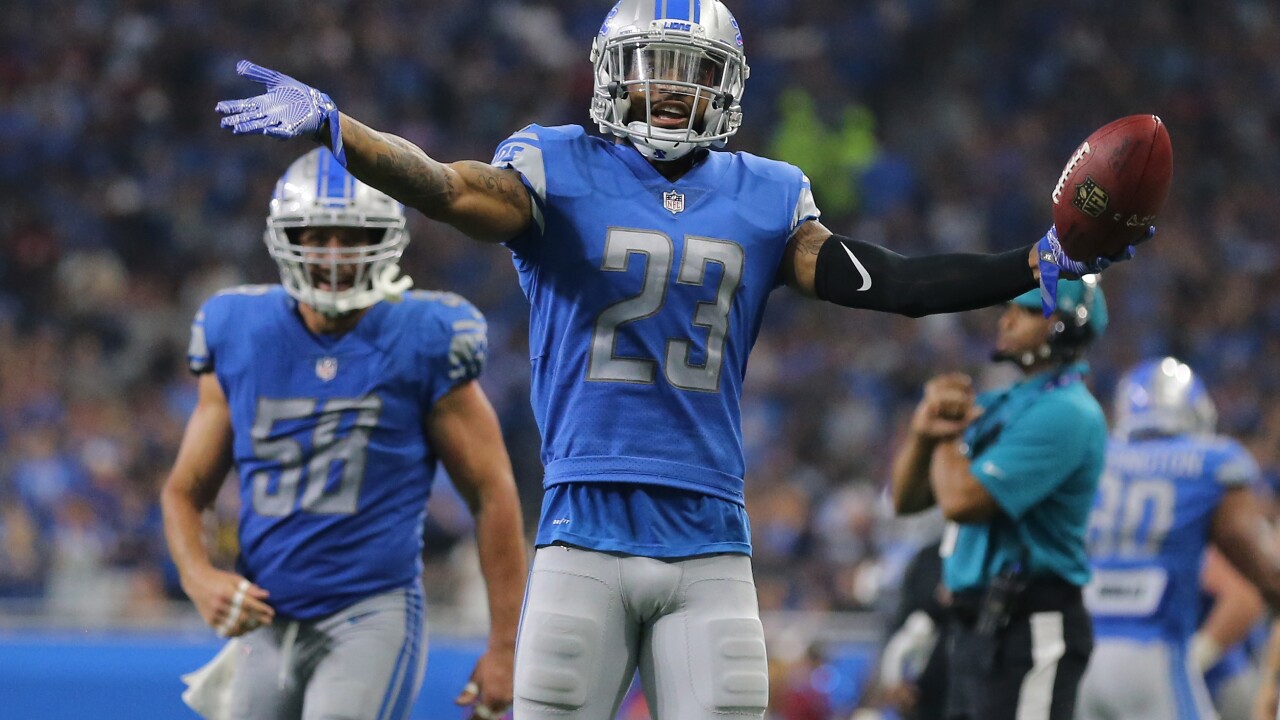 DETROIT, MI – SEPTEMBER 24: Darius Slay #23 of the Detroit Lions celebrates his interception against the Atlanta Falcons during the second half at Ford Field on September 24, 2017 in Detroit, Michigan. (Photo by Rey Del Rio/Getty Images)

DETROIT (AP) — Darius Slay got his wish with a trade out of Detroit and a big new contract.

The Lions agreed to trade Slay to the Philadelphia Eagles.

The move ends the standout cornerback's seven-year stint in Detroit. Agent Drew Rosenhaus confirmed the trade and said that Slay has agreed to a three-year, $50 million extension with Philadelphia.

Slay wanted a new contract before last season, then he played well enough to earn a third Pro Bowl nod. ESPN, citing an unidentified source, reported that the Lions will receive 2020 draft picks in the third and fifth rounds for Slay.