Griffs have notched 19 points in 13 games 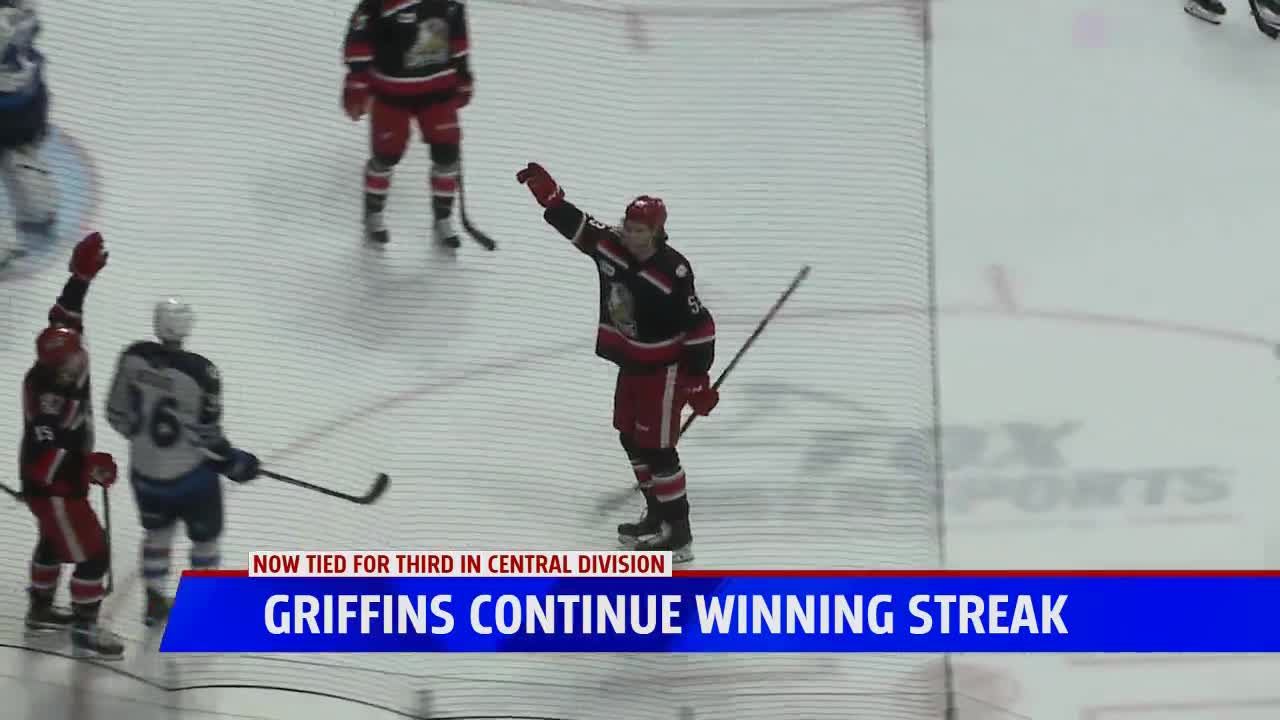 Griffins have notched 19 points in 13 games.

GRAND RAPIDS, Mich. — In the middle of December, the Grand Rapids Griffins were coming off of a seven game losing skid and the eight year playoff streak looked to be in jeopardy. Now, the Griffins are playing much better, recording 19 points in the team's last 13 games. The team is now tied for third place in the tight Central division.

"I think a little bit more consistency from game to game has been key," head coach Ben Simon said, "and keeping things simple. We're making sure we're playing the right way and we have to focus on getting off to better starts in games. We've had to come back from deficits in several games, that's a credit to the guys to have that resiliency, but we have to make sure we're not digging ourselves too big of a hole to come back from."

The Griffins are on the road at Cleveland on Tuesday night before returning home on Friday night.