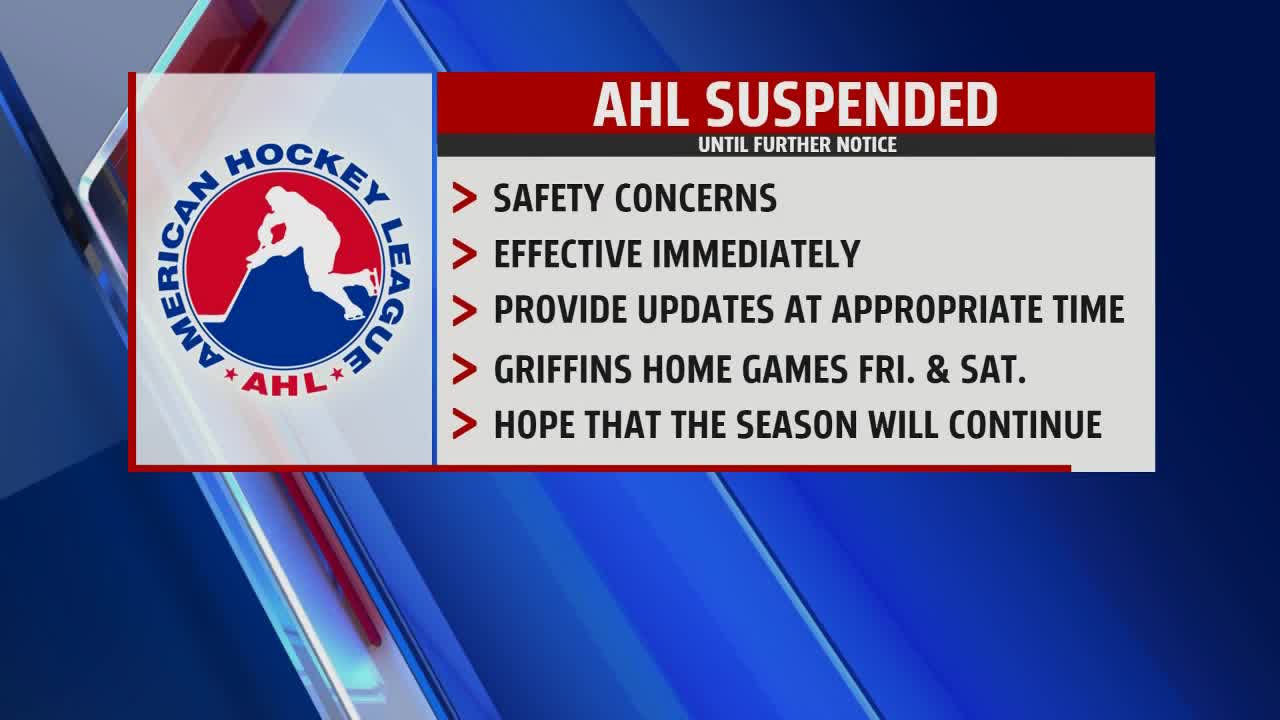 GRAND RAPIDS, Mich. — The American Hockey League is among the many sports that is suspending play.

The Grand Rapids Griffins were gearing up to play Bakersfield at home Friday and Saturday, but now those games will not happen and the players and coaches are waiting for what to do next.

"The NHL has already issued some guidelines on that they will be coming through to the American League maybe as soon as later today we haven't received them yet,: Griffins president Tim Gortsema said. "The NHL is advising their teams no practice no meetings so we would likely follow suit. So you will see really guys, players to a certain extent almost shelter in place like self quarantine within their home market until further notice and we don't know what that notice is going to be."