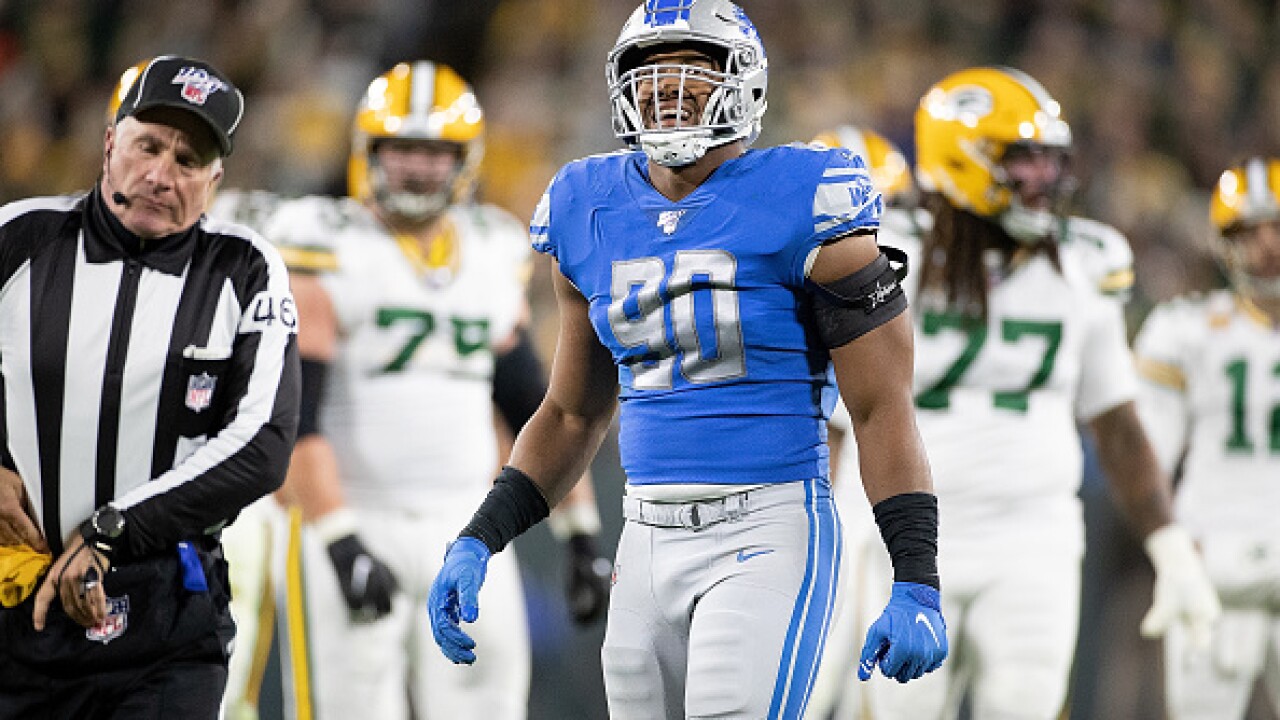 GREEN BAY, Wis. (AP) — The past two games between the Green Bay Packers and Detroit Lions exemplified the biggest difference between these two teams.

The Packers swept their two regular-season meetings with the Lions last year despite never leading either game until Mason Crosby made a game-winning field goal as time expired. They meet again Sunday in Green Bay’s home opener.

“It was pretty much a miracle that we were able to win both those games,” Packers coach Matt LaFleur said.

The Lions are trying to bounce back after blowing a 17-point, fourth-quarter lead in a 27-23 loss to Chicago last week.

“It doesn’t matter if you lose it, win it, win it by 10, lose it by 10, whatever it is, lose a close one, win a close one,” Lions quarterback Matthew Stafford said. “You’ve got to move on to the next one. Shoot, lucky for us, Green Bay gets our attention pretty quick.”

The Lions have lost 11 games they led in the fourth quarter under coach Matt Patricia, who just took over in 2018.

Detroit will have a tough time building a lead against a Green Bay offense operating at peak efficiency. Aaron Rodgers threw for 364 yards and four touchdowns without an interception against the Vikings. Davante Adams caught 14 passes to tie Don Hutson’s 78-year-old franchise single-game record.

But the Packers are taking nothing for granted.

“Quite frankly, they should have won last week,” LaFleur said. “There’s no doubt about it. And they definitely could have beaten us twice last year. So you know we’ve got a big task in front of us.”

Here are some things to know heading into the Lions-Packers game.

The Packers lost starting right guard Lane Taylor to a season-ending knee injury against Minnesota. Right tackle Billy Turner sat out the Vikings game with a knee problem, and his status for Sunday’s game is uncertain.

The Packers’ injuries on the offensive line could create an opportunity for tackle Rick Wagner, who was Detroit’s starting right tackle from 2017-19 before getting released in March.

Detroit has hamstring issues with its cornerbacks.

The Lions placed Justin Coleman on injured reserve and are unsure of Desmond Trufant’s status after he was unable to practice Wednesday.

Detroit’s cornerback situation should get a boost from rookie Jeff Okudah, the No. 3 overall pick from Ohio State. Okudah has been practicing this week after missing the Bears game with a hamstring injury.

Packers cornerback Jaire Alexander will have a tough time matching what he accomplished in the season opener. Alexander had a sack, interception and safety against the Vikings to become just the fifth player in the past 20 years to achieve all three of those things in the same game.

Stafford has thrown for 5,186 yards against Green Bay, the most of any Packers opponent. He has thrown 34 touchdown passes against the Packers to tie Hall of Famer Johnny Unitas for first place among all Green Bay foes.

The Lions are 7-11 against the Packers in the games Stafford has played.

Adrian Peterson had many memorable matchups with Green Bay during the veteran running back’s years with the Minnesota Vikings. After making stops in New Orleans, Arizona and Washington the past three seasons, Peterson is back in the NFC North with Detroit.

Peterson rushed for 93 yards on 14 carries in his Lions debut.

“In my generation playing in this league the last 15 years, to me he’s the most talented back we’ve seen,” Rodgers said. “There have been a lot of great ones, but we played him twice a year seeing him in his prime. Not many people that can combine speed, power, moves all in one, and you hated seeing him get out in the open field because he rarely got caught and he just had all the tools as a back.

“And he’s still got most of the tools. I mean he’s still so talented, tough, strong, athletic. I just have a respect for how he’s played his career and what he’s accomplished.”