Willikes on Dantonio: "He's truly meant the world to me!" 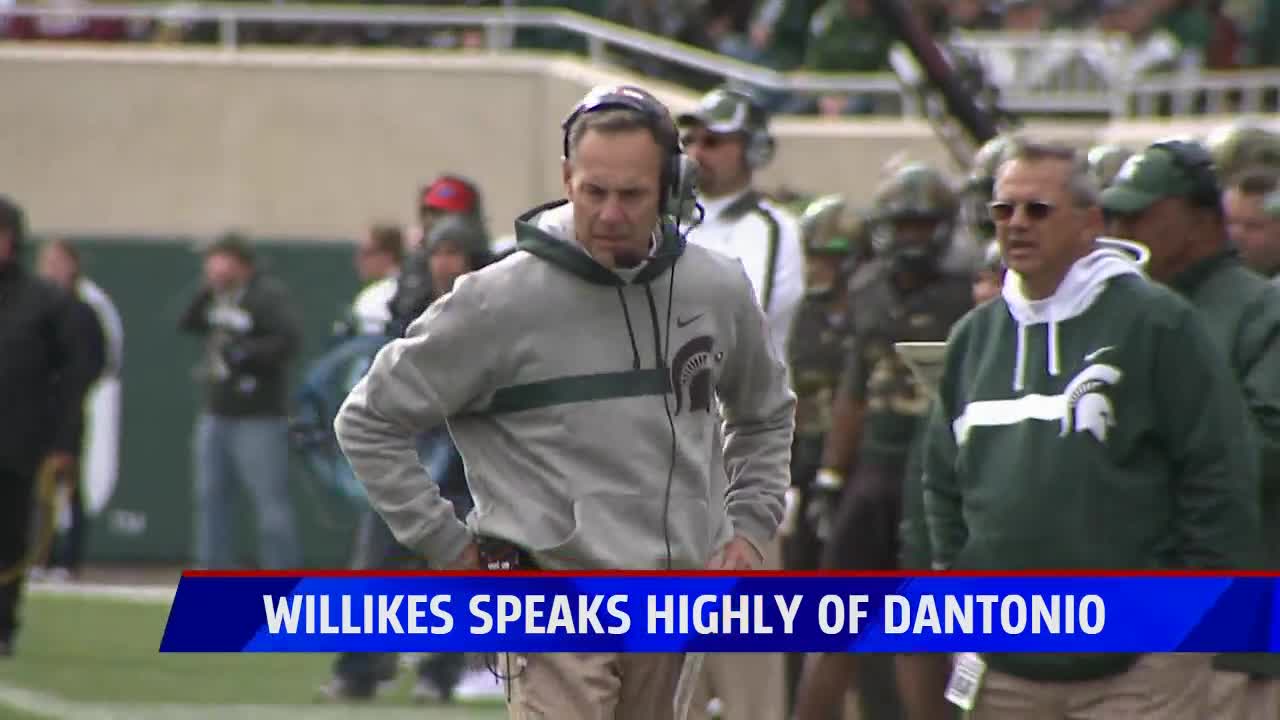 Willikes, who is preparing for the NFL draft, took a minute to speak to FOX 17 about recently retired football coach Mark Dantonio.

"Coach Dantonio has meant the world to me," Willikes said. "He gave a walk on from West Michigan an opportunity to come and walk on at Michigan State, give me the dream of a lifetime, something I have always wanted to do. So, on the field he means the world to me, but off the field he means even more. He truly cares about his players. He takes time off the field to sit down. And even when I was still a walk on -- an unknown walk on from West Michigan -- we're sitting down for two hours on a Tuesday afternoon, a Thursday night, in his office, just talk about life, faith, those type of things. So he has truly meant the world to me, and I couldn't be more grateful for the things he has done for me."

Willikes plans to attend the NFL combine on February 27.