Report: 2020 CMU-WMU game to be played at Ford Field 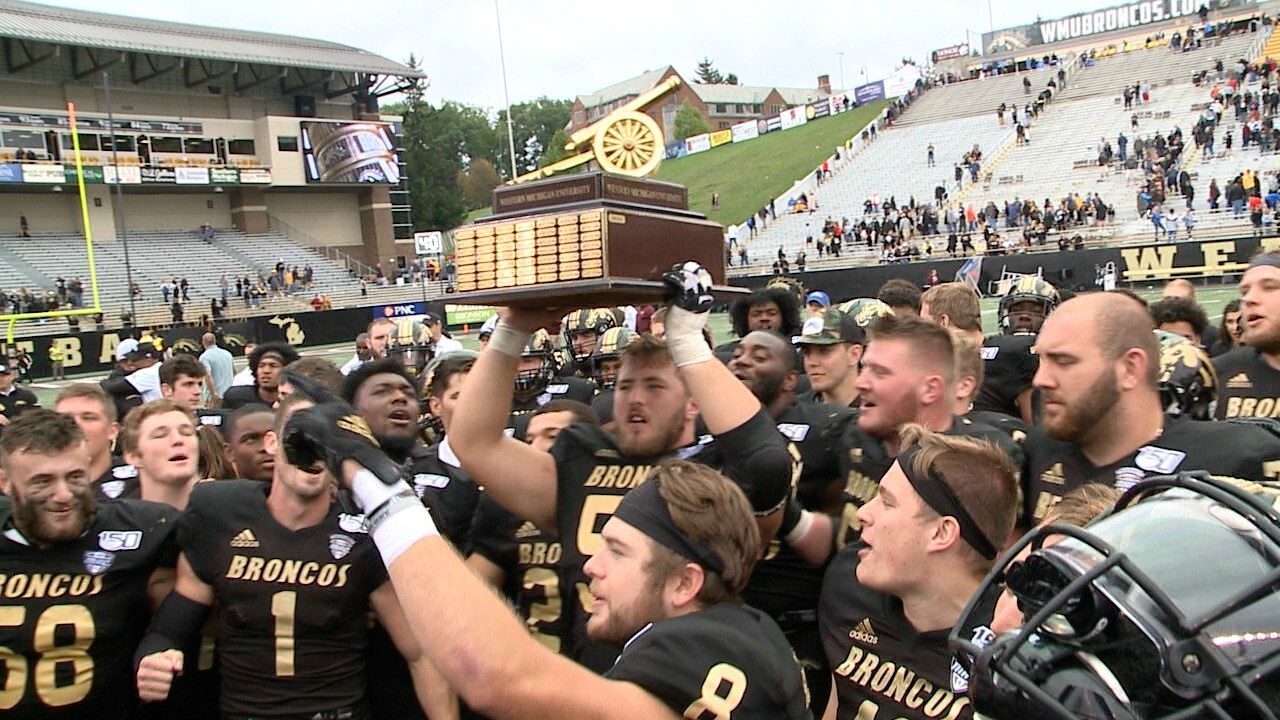 The Detroit News reports the teams will hold their historic rivalry game off-campus for the first time in its 100-plus-year history. CMU will be the home team for the game.

The 2020 Mid-American Conference schedule will be released at 3 p.m. Wednesday.

CMU is planning to organize shuttles for students, according to the report.

The Broncos have won seven of the last nine meetings and holds an all-time series lead of 50-38-2. CMU hasn’t won in Mt. Pleasant since 2010.