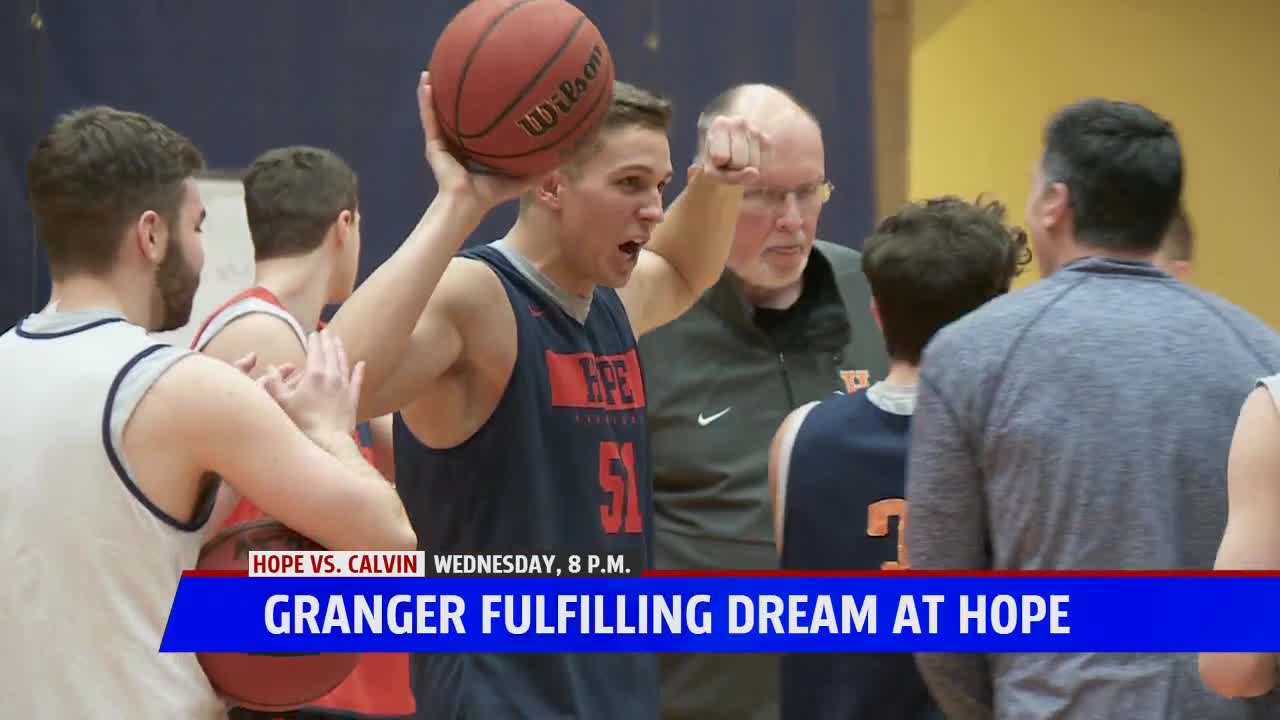 HOLLAND, Mich. — Preston Granger knew where he was going to college long before his high school days were over.

"I've been looking foward to playing here my entire life," he said.

Granger is leading Hope College in points per game (18.6) and rebounds per game (6.2) to help the Dutchmen get off to an 8-5 start on the season. According to head coach Greg Mitchell, the reason for Granger's success is his work ethic.

"Nobody works harder than him," Mitchell added, "he's a guy that does everything he possibly can. He's strong inside, he's added a little step out to his game. What we need from Preston is he has to play present and he has to play physical."

"My parents met here actually, my sister went here and my head coach from high school who I would consider family played here and was a good player here," Granger said, "so growing up I always wanted to come do it."

And the work he puts in is all because of his passion for the program.

"To finally be here, I can't image not working hard if that makes sense because I love doing it so much and love this program and this team."

The Dutchmen will take on Calvin at VanNoord Arena on Wednesday evening.