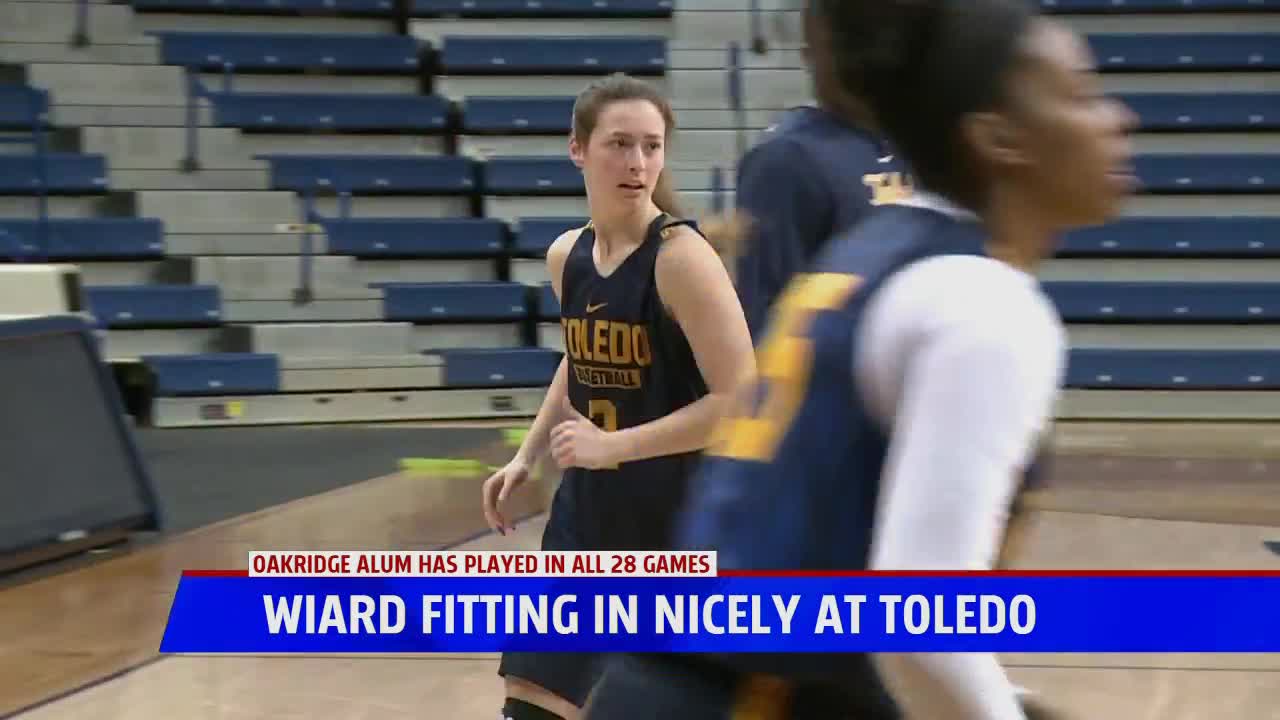 TOLEDO, Ohio — Sophia Wiard had an unbelievable career at Oakridge high school. In fact, she helped lead the Eagles to a district championship in all four years while averaging 26 points, six rebounds and six assists as a senior.

Now, the West Michigan native is settling in nicely as a freshman at Toledo, where she committed before her junior season in high school. Wiard is averaging four points per game and two assists and has seen action in all 28 games so far for the Rockets.

Of course, there are some things to adjust to being over three hours from home.

"There's no water," Wiard laughed, "I can't go swimming anywhere. I can't go to the beach if I wanted to, I had a beach five minutes from me back home, then I had Lake Michigan which was 15 minutes from me. I could go jump in the lake anytime I wanted, here it's rivers, nothing I'm jumping into here."

Wiard says her work ethic has been driven by the dream of playing college basketball and she's still working hard now that she's achieved that dream.

The Rockets are 12-16 overall this season but just handed Central Michigan its second loss in conference play this season on Wednesday. The Mid-American Conference tournament begins next week.