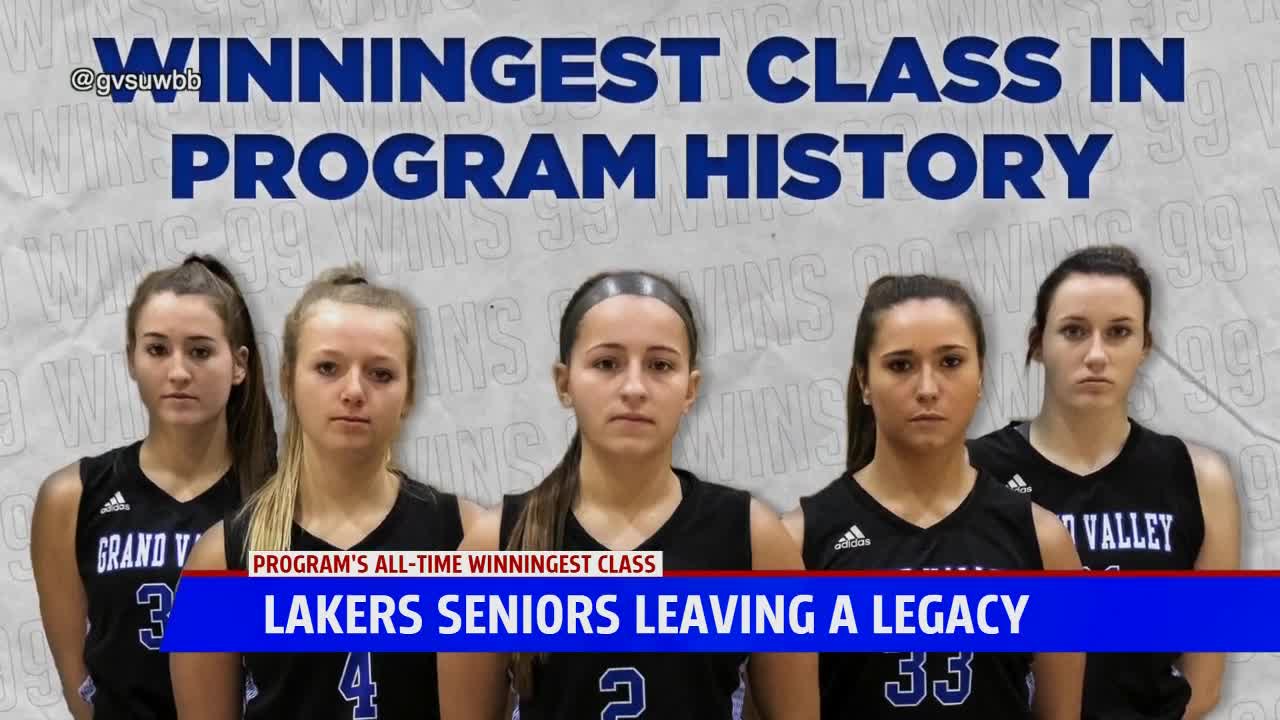 The saying is leave things better than you found them and the seniors in the Lakers program have done exactly taht.

"I thought that when they were here, you knew it was a special group," head coach Mike Williams said on first seeing the group as freshmen, "but at the end, we'll look back and say, 'wow,' because you never expect that."

With the win over Wisconsin Parkside on February 1st, the senior class became the winningest in program history, breaking the school record of 98 wins in four years.

"I think when the class broke the record for the most wins in program history we were finally like, 'okay, we left our mark here,'" said Hastings native and Lakers senior Maddie Dailey.

"Some of the individual records we've set are great but this is really special to us because we've done it together," DeBoer added. "We've been working hard together for the past four years, so it's really cool to see."

The program has had several outstanding classes in its history, including the seniors in 2006 that went out on top with a national championship. Yet, it's this class that stands out most in the history books.

While the Lakers will be honoring seven seniors on Thursday night, five have been with the program for their entire careers, and they've been impressive since arriving on campus.

"It started from day one," Coach Williams continued, "they're a group that likes to work and put in time, they're about winning."

And ever since that first day in Allendale together, the five have been extremely close which has only helped the success on the floor.

"These are my best friends," DeBoer mentioned, "so it's just really cool to see our hard work pay off together."

"I think we have a really good balance of lets have fun but let's also get stuff done," said Dailey.

"We're doing what we're doing to win for the team," Boensch added, "coach said it, if individual records come along the way, that's not a bad thing but our ultimate goal is to play for each other."

Thursday night will be extremely bittersweet as the Lakers honor the accomplishments of the class. However, they're all hoping to add even more to their legacy this March.

"It's not done and these kids are excited for their future," Williams said, "what they've done is pretty remarkable."

"It's sad," Dailey laughed, "it's getting to a point of I don't want practice or games to end, it's starting to really set in."

Grand Valley will host a GLIAC tournament quarterfinal game on Tuesday as the seniors look to hang even more banners in the fieldhouse.