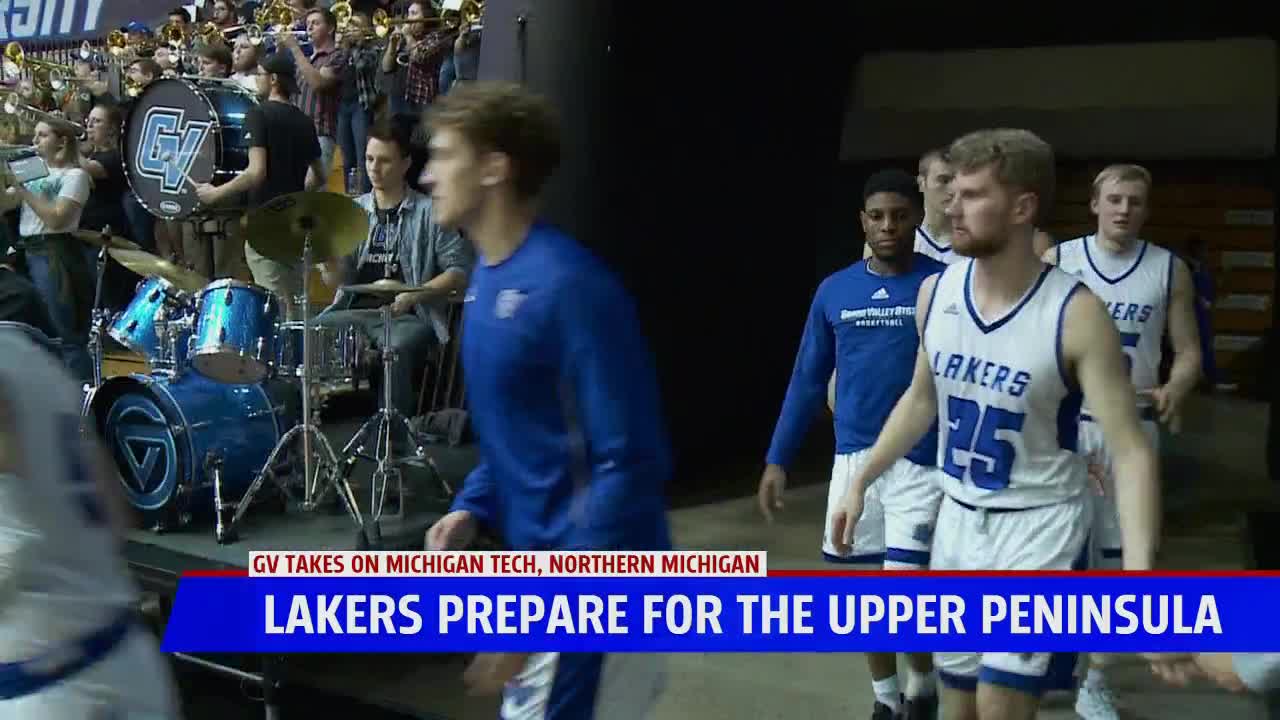 Lakers ready for trip to the upper peninsula.

ALLENDALE, Mich. — The Grand Valley men's basketball program is preparing for the annual trip to the Upper Peninsula. The Lakers are 13-4 in GLIAC play and have clinched the South division but have two tough tests ahead at Northern Michigan and at Michigan Tech.

"It's in the middle of winter, it's always the same, no matter if it's January or February," chuckled head coach Ric Wesley. "It's a tough trip, a long ways, crazy weather up there and usually very tough teams, this year is no exception."

The bus ride can get lengthy for the players and coaches as well.

"The bus ride you have to keep yourself entertained for however long it is," Jake Van Tubbergen said.

While the Lakers have played well down the stretch to sit atop the GLIAC, Van Tubbergen adds they've yet to click on all cylinders.