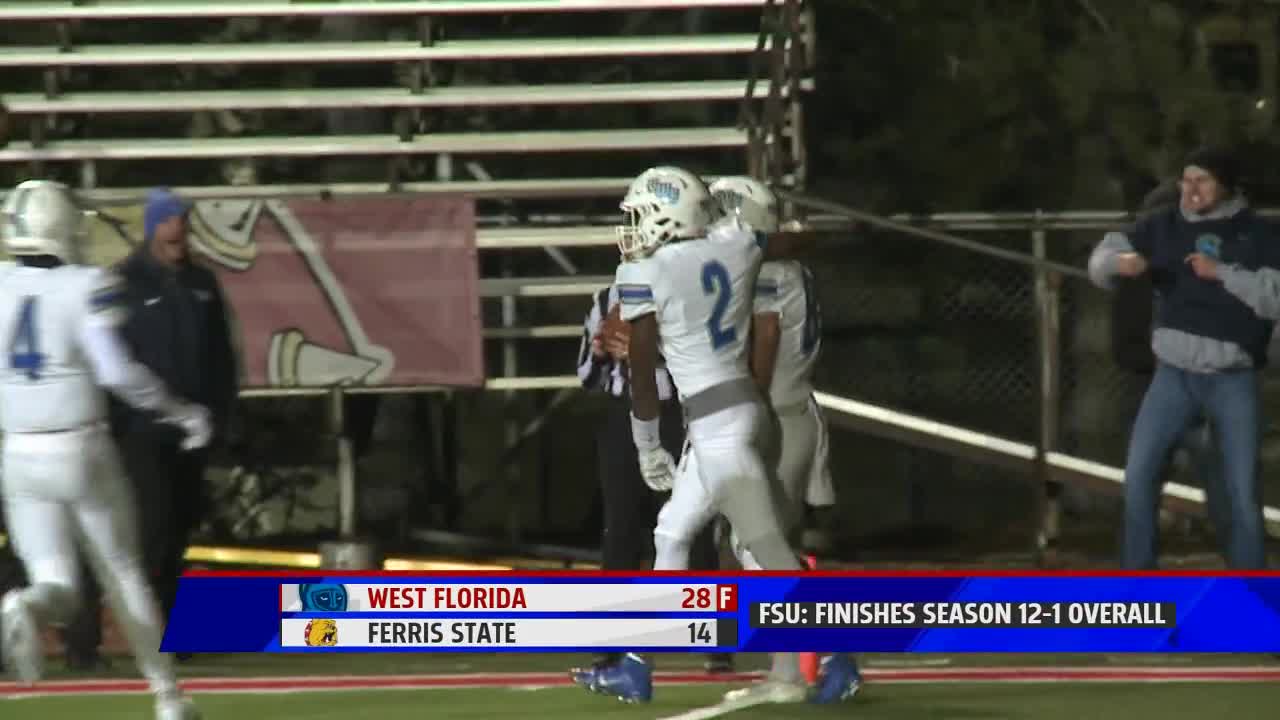 BIG RAPIDS, Mich. — Ferris State held a 14-10 lead at the end of the third quarter before falling, 28-14 to West Florida in the national semifinal.

"You know it's heartbreaking, really it's heartbreaking," head coach Tony Annese said, "you don't want to overstate it but feels somewhat like a death. It's tough, it's tough to have a long season starting with things first week of August and going into December 14th and having it end abruptly."

The Bulldogs were just one win away from a return trip to McKinney, Texas to play for another national championship, a game Ferris lost last year in heartbreaking fashion.

"Last year when we played Valdosta, I left that field feeling like we played our hardest and we left everything we had," offensive lineman Tyler Allison said. "Right now I feel like I could go play another quarter. It just hurts."