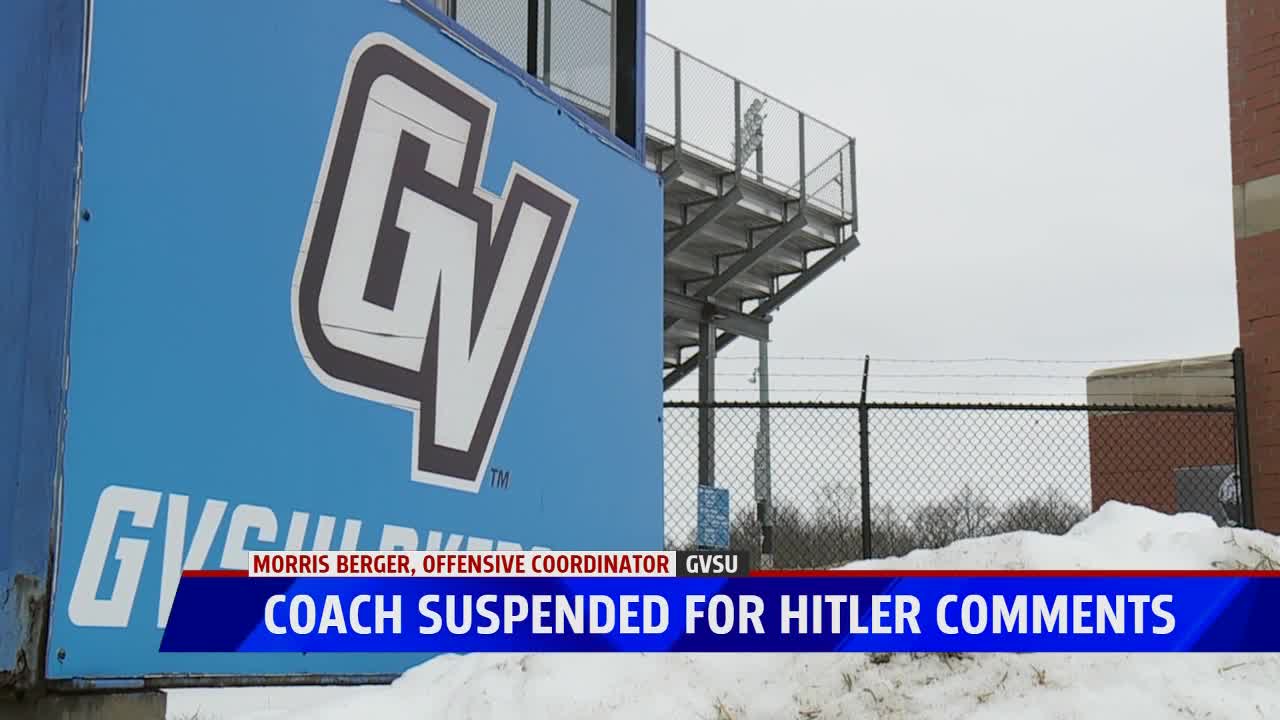 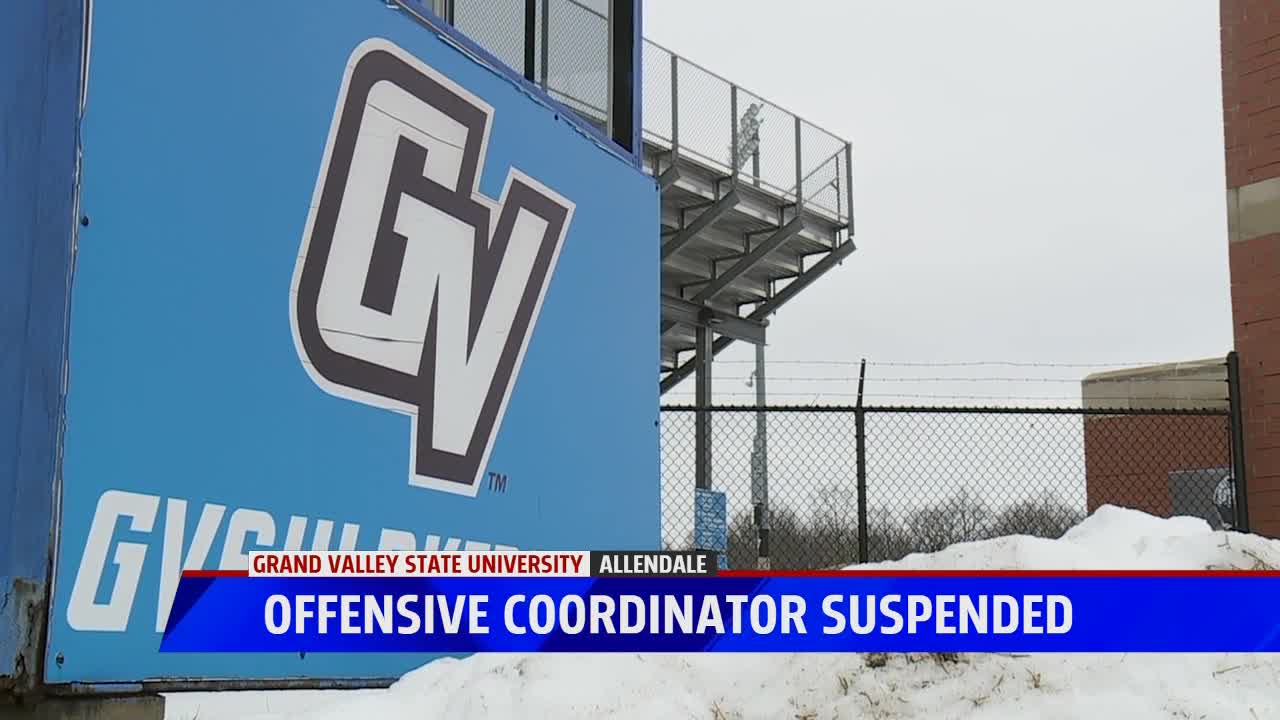 ALLENDALE, Mich. — The editor-in-chief of Grand Valley State University's student newspaper says the school’s leadership has tried to censor them after reporting comments a newly hired football coach made to a reporter.

When asked what historical figures offensive coordinator Morris Berger would like to meet, he responded with John F. Kennedy, Christopher Columbus and Adolph Hitler.

"This is probably not going to get a good review, but I’m going to say Adolf Hitler,” Berger said. “It was obviously very sad, and he had bad motives, but the way he was able to lead was second-to-none. How he rallied a group and a following, I want to know how he did that. Bad intentions of course, but you can’t deny he wasn’t a great leader."

Berger, who was announced as offensive coordinator a week ago, has been suspended by the school since the reporting by student journalist Kellen Voss, who is also a FOX 17 employee.

GVSU has received attention nationwide since the story was published, which prompted the school to ask the Lanthorn to take the Hitler comment out, Lanthorn editor-in-chief Nick Moran said.

"And again, in a small lapse of student journalistic judgement we had acted as students first, not journalists first. When someone in power tells you to remove something your instinct is to listen,” Moran said. “Immediately, we realized — ya know, we took a deep breath and we decided that it would be the professional thing to do to restore the piece back to its original format."

He said the quote was removed for about 12-18 hours.

“The audience deserves to hear what’s being said. Our audience are students, they’re community members, administrators, anyone else with an interest in GVSU — one of GVSU’s largest sports,” Moran said. “And when we are taking out portions of an interview that may be ugly to make another individual look better, that’s not something we can agree with at the end.

“So, the decision we made was to report honestly and fairly instead of something that might make it easier to someone to work with in terms of press coverage or public outcry.”

When asked about Berger’s remarks, the university released this statement:

“The comments made by Offensive Coordinator Morris Berger, as reported in The Lanthorn student newspaper, do not reflect the values of Grand Valley State University. Berger has been suspended and the university is conducting a thorough investigation.”

The university also added this statement on Monday evening:

"Grand Valley State University is committed to the editorial independence of the student newspaper, The Lanthorn. The administration is reviewing events surrounding the Berger story to determine if there was behavior inconsistent with that commitment."