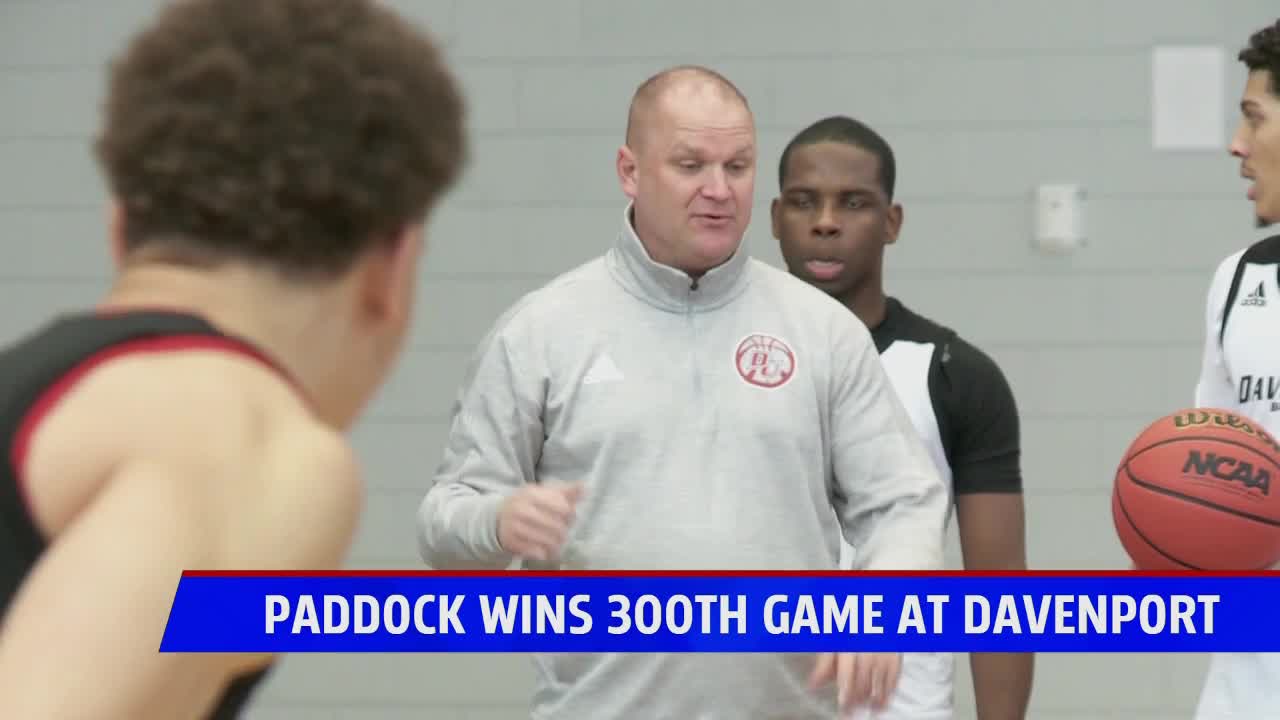 "300 was cool it made me think back to all the great players and assistant coaches that have worked so hard with me and for me," Paddock said. "I am very appreciative of those guys and the administration here to give me the opportunity to do this and the building we play in, they make it easier on me than what it is but just very appreciative of the opportunity, I love to compete, I wish I could still play but can't do that and to think I get paid to do this it is just a blessing."

Paddock reached 300 wins in only 391 games at Davenport.

"To be honest we didn't really know about it until after the game we just came into the game with same mindset and we played a tight one at Northwood," senior guard Janou Joubert said. "It was very great coach is a great person and it was an honor to be part of a team that got his 300th win."

The team celebrated the win in the locker room Saturday after the game by covering Paddock in silly string.