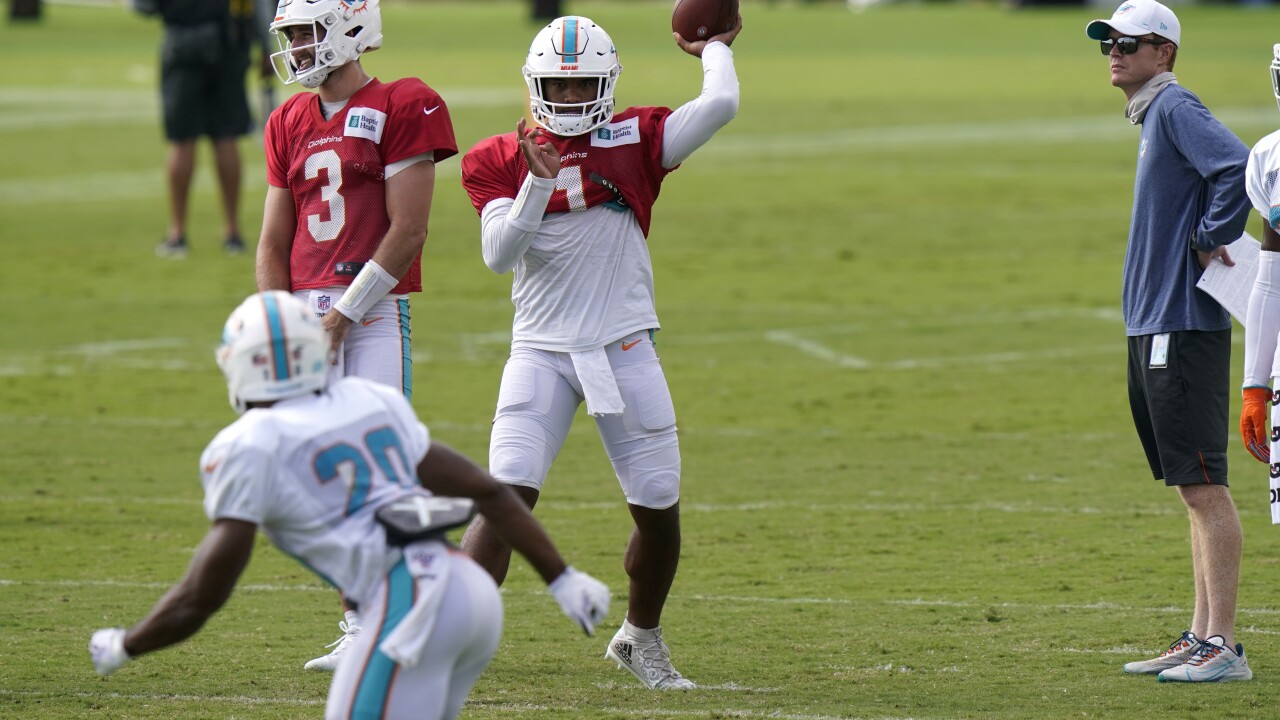 Black and white Miami Dolphins players and coach Brian Flores have released a video on social media saying they’ll protest racial injustice by remaining in their locker room during the national anthem.

The two-minute, 15-second video featured nearly 20 players trading stern rhymes about the nation’s social protest movement. The NFL plans to play the national anthem and “Lift Every Voice and Sing” — the Black national anthem — before every game this weekend, including the Dolphins’ opener Sunday at New England.

Players have been asked several times this week by reporters whether they’ll stand or kneel for the songs.

Players took the league's owners to task for efforts being made by the league to promote social justice.

"This attempt to unify only creates more divide. So we'll skip this song and dance, and as a team we'll stay inside," the Dolphins combined to say, adding that owners are offering "fluff" and "empty gestures" to their cause.

BREAKING NEWS: The@MiamiDolphins players will stay inside for both national anthems. They express their discontentment with what they call “fluff and empty gestures” by the @NFL pic.twitter.com/ghUktHhPt9