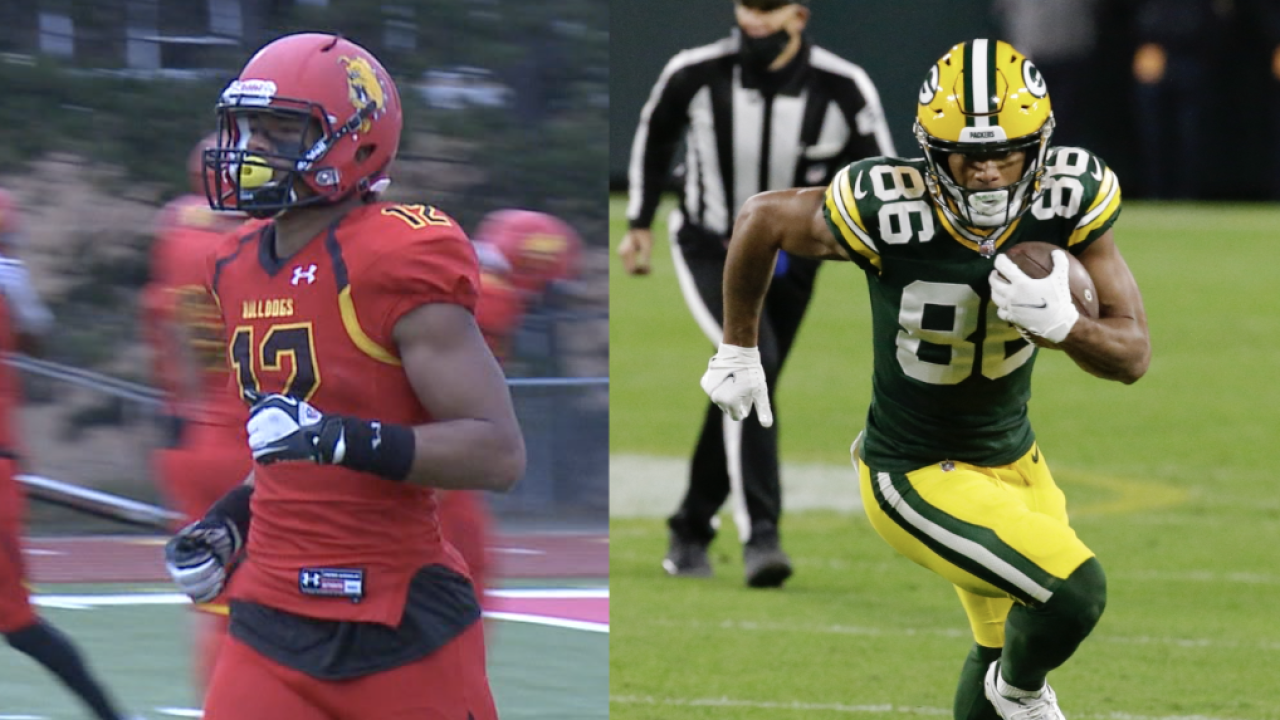 It isn't easy going from Division II to the National Football League but Ferris State alum Malik Taylor always knew it was a possibility.

"It's something I always believed in," Taylor said, "especially when I got to Ferris, after seeing some of the former guys get a chance in the NFL, it really gave me motivation."

Taylor is from Flint and saw fellow Flint natives Kyle Kuzma and Monte Morris make it to the NBA, which also served as hope that he could day play professionally as well.

In 2017, as a junior at Ferris State, Taylor led the Bulldogs with 61 catches and 906 yards while also accounting for six touchdowns.

However, in his senior season, he would suffer a season-ending injury which certainly didn't help his chances in the NFL.

"Coming from Division II, it's already hard to make it to the next level," explained Taylor, "let alone getting hurt your senior season and not being able to play."

After going undrafted in 2018, Taylor signed with the Tampa Bay Buccaneers but just days later, was released.

"Things did not go well," Taylor laughed, "without going into too much detail, I was cramping and it just wasn't good," he added.

It would be the first of two cuts for Taylor, who was also released by the Indianapolis Colts.

In 2019, just days before the start of training camp, Taylor received a call from the Green Bay Packers.

"They brought me out here for a workout, the workout went good and I think I was the 90th person to be signed on the roster," he said.

After already being cut twice and being the last person brought onto the 90-man roster in training camp, the odds were once again stacked against Taylor, but he didn't let that get to him.

"It was always in the back of my mind, like I'm pretty much just a body here, they just need another receiver and I'm the last guy to get signed," Taylor admitted. "I just grinded it out through training camp, I just tried to stay positive and learn the ropes and learn the playbook. They ended up keeping me and signed me to the practice squad."

And the practice squad is where Taylor would spend the 2019 season, learning the ropes and hoping to catch the attention of the coaches.

This offseason, despite the odds once again being stacked against him, Taylor was named to the Packers 53-man roster for his third NFL season.

"Throughout my whole life, I've always had that chip on my shoulder, it didn't really matter the circumstances," he explained, "I had a goal and I was going to do whatever I had to do to obtain that."

Against the Houston Texans in week seven, Taylor caught his first NFL touchdown pass from future Hall-of-Famer Aaron Rodgers and it's a moment he'll never forget.

"I still can't put it into words," smiled Taylor, "it's something that I dreamed about. Just for that to come to fruition, it's just a moment I'll never forget."

It has been an incredible journey from Flint to Big Rapids and now, to Green Bay, but Taylor's story is just getting started.

"Sometimes, I just have to step back and realize where I'm at and not get too caught up in everything going on. I just realize how blessed I am to be in this locker room, with this team, and with these players, some of them are Hall-of-Fame caliber."

Taylor says he's now focused on doing whatever it takes to stick around in the NFL for as long as he can.