Grandville beats the Bulldogs for a second time 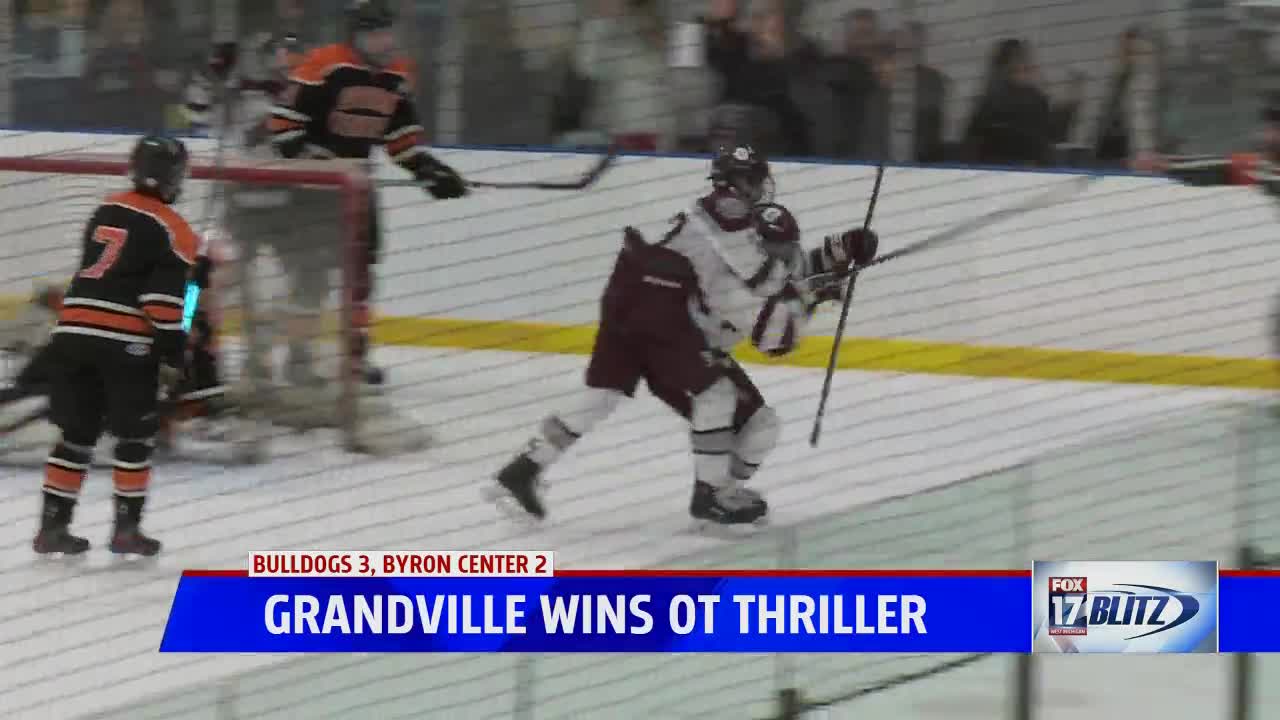 GEORGETOWN TWP, Mich. — Grandville and Byron Center squared off for the second time this season at the Georgetown Ice Arena on Saturday afternoon. With minutes remaining and facing a 2-1 deficit, Mason Breit found the back of the net on a wrist shot for Byron Center to send the game to overtime.

"All the guys were tired, both teams were just bagged," Rozema said after the win, "but it was just amazing, a great play by my linemate Andrew Uturo with the backhand right to me in the slot and scored."

"It was a big game, we used to be partnered with these guys, we used to be co-oped so it's nice to come out here and show them who's still boss," Fisher joked. "Overtime games can always end either good or bad and I'm just glad we got the good part of that one."