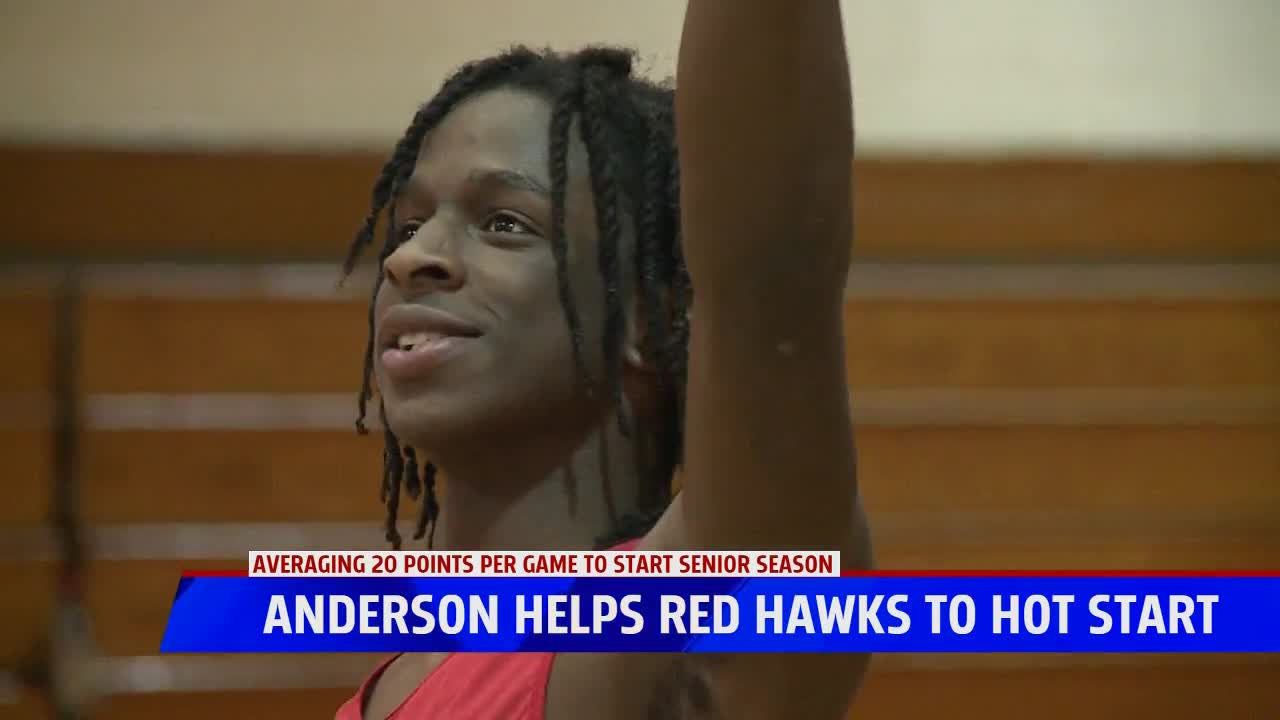 GRAND RAPIDS, Mich. — Ray'Vaughn Anderson grew up in Grand Rapids and grew up around basketball. In fact, he was the water boy for the Grand Rapids Union boys basketball team when he was younger.

"I grew up around here so just being back is a good feeling," Anderson said about being back in Grand Rapids.

Ray'Vaughn moved to Saginaw but is now back at Union high school for his senior season, following in his older brother's footsteps.

"My big brothers played here, so I felt like I needed to," he added.

Anderson has hit the ground running this season and is currently averaging 20 points a game for Brandoen Guyton and the Red Hawks.

"He's a three level scorer," Guyton added, "he can attack the rim, he can shoot the ball, create his own shot, which not many players in high school can do. He's a unique talent."

It's hard to believe but Anderson says transferring back for his senior year hasn't been difficult. In fact, he says the team chemistry was easy to come by.

Anderson has helped the Red Hawks to a 5-1 start to the season and according to Coach Guyton, a big reason for his success is due to his time in Saginaw and seeing high level competition.

Anderson was moved up to varsity at Saginaw high school as a sophomore and missed several games. As a junior last season, he didn't play basketball at all, making the start to his senior season that much more impressive.

Anderson isn't leading Union by himself, however, he's a part of a three-headed monster with fellow seniors Jeremiah Pittman and Danyel Bibbs.

"I feel like honestly we could go all the way if we can just dial in and focus," Anderson said, "stay grinding, work hard in practice and play together as a team."