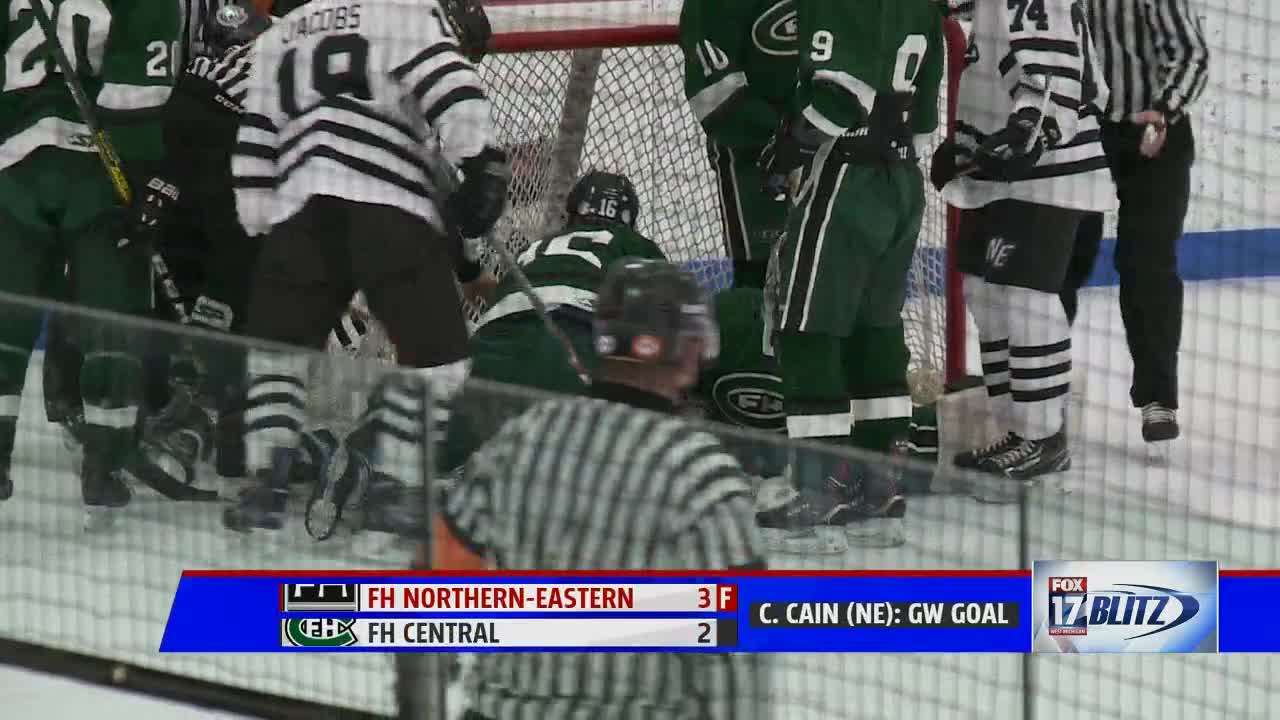 GRAND RAPIDS, Mich. — It was another physical affair between Forest Hills Northern-Eastern and Forest Hills Central on Saturday evening at Patterson Ice Arena. The Rangers got off to a quick start on the shot sheet, outshooting the Bird Dogs 14-4 in the first period.

However, Northern-Eastern would find the back of the net first to begin the second period on a backhand goal by Tyler Nickelson. Minutes later, the Rangers would score twice on goals by Xavier Ott and freshman Sammy Mielock.

To start the third period, Northern-Eastern would trail 2-1 but would score twice to prevail, 3-2 after a game-winner by Cam Cain with just minutes remaining. The Bird Dogs have now won eight straight games.