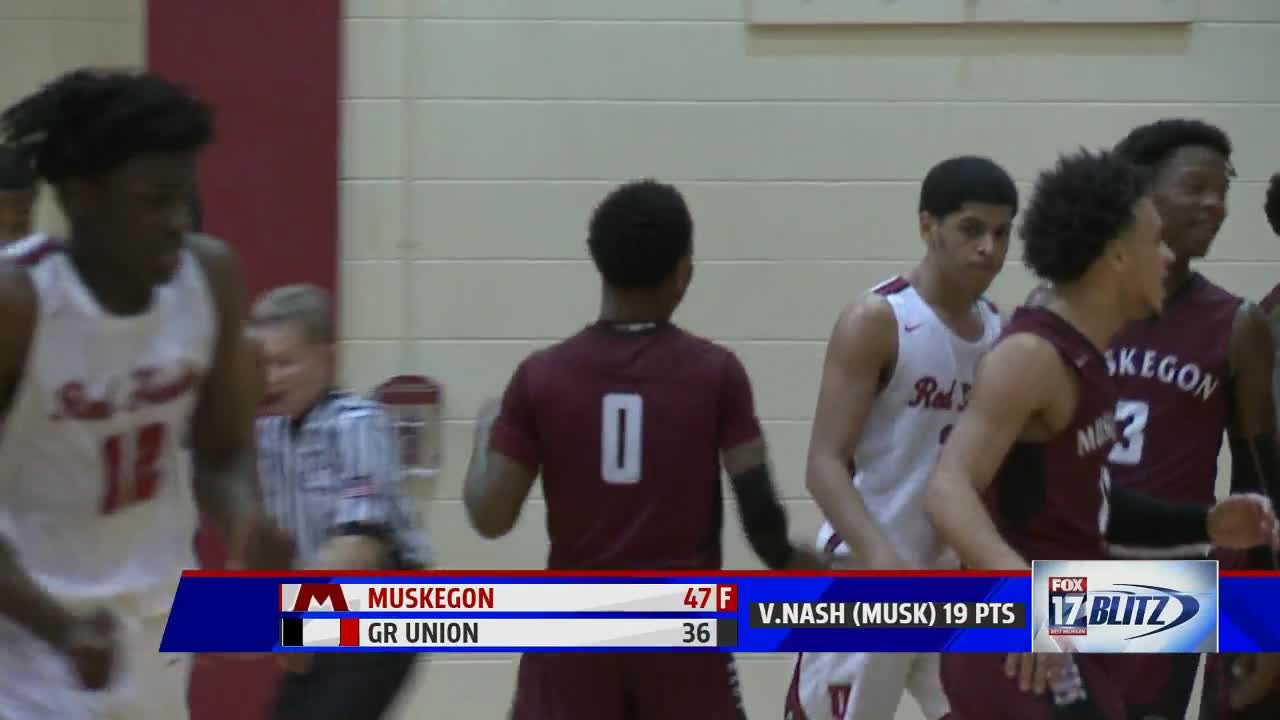 GRAND RAPIDS, Mich. — Muskegon held Grand Rapids Union to just eleven points in the first half on Friday night as the Big Reds led it 27-11 at the break. In the second half, the Red Hawks would find a flow offensively but the Big Reds would prevail, 47-37 the final.

"I thought we played really well the first half, played well defensively but in the second half we lost our way and focus," head coach Keith Guy said after the game. "Yeah, I'm nit picking a bit but we have a standard, that's our way and we got the win. It's fools gold if we think we just played well because we didn't."

Vernon Nash once again led the Big Reds with 19 points in the victory.

"Muskegon is a defensive minded team," Nash said, "we work on that every day. Our mindset is any team is beatable, even us, we just have to play our best game."

"We came out with a mentality of hold each player under their average and we did that," Walker added, "we let it go a bit in the second but still got the win."

It's Muskegon's ninth consecutive victory as the Big Reds improve to 7-0 in the OK Black and 11-1 overall.

The Big Reds will host Grand Blanc on Saturday night.