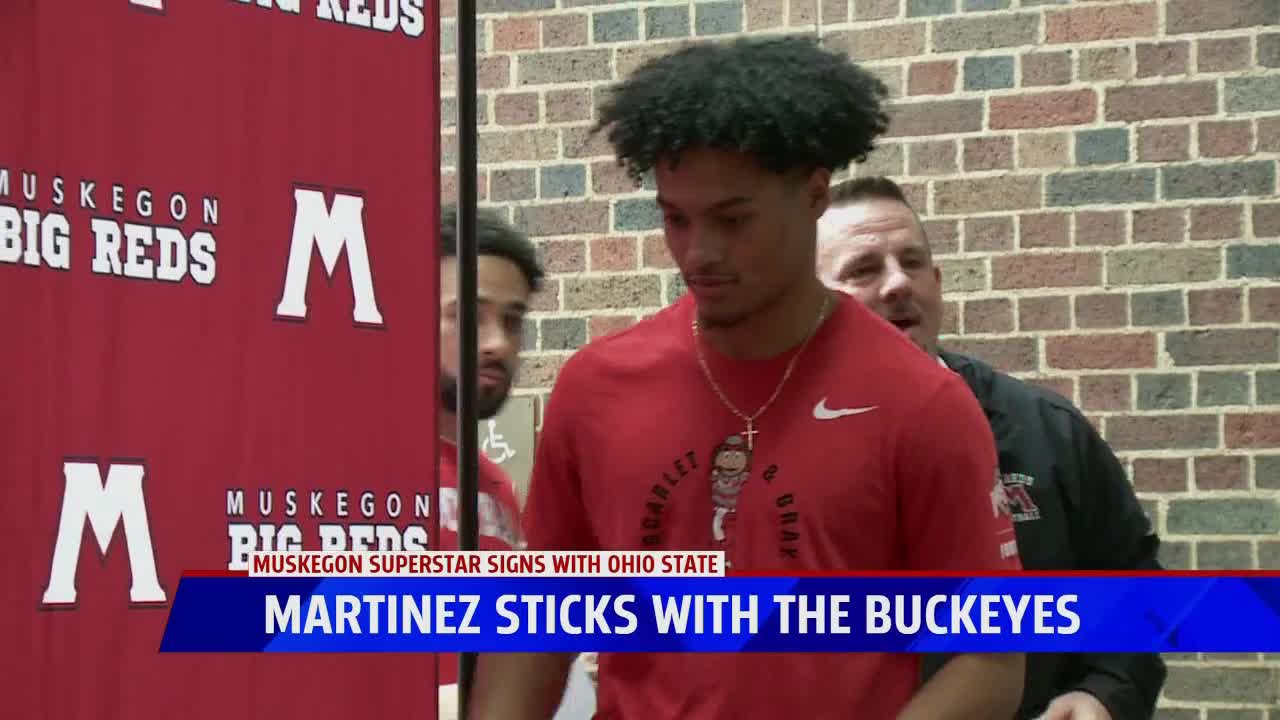 Martinez makes it official with the Buckeyes.

MUSKEGON, Mich. — Cameron Martinez committed to Ohio State on July 4th and has been solid to the Buckeyes ever since. However, the Buckeyes co-defensive coordinator Jeff Hafley left the program to take the head coaching job at Boston College, which led to Martinez to reconsider a bit.

"I was just taking everything in again and making sure," Martinez said on National Signing Day, "I felt like maybe that was a sign with Coach Hafley leaving."

Martinez chose to pass on December's early signing period but ultimately stuck to his commitment on Wednesday during National Signing Day, signing on the dotted line with the Buckeyes.

"It was good that I waited it all out," Martinez added, "I feel way better than I did the first time. I'm just grateful for the opportunity and I can't wait to get it all started. It's a weight off my shoulders, a sigh of relief, I'm excited to officially be a Buckeye so I can focus on the next step and the next journey."

In Wednesday's press conference, Ohio State head coach Ryan Day said Martinez is one of the "most under-recruited" players in the country and said he'll play both sides of the ball including in the return game once he arrives in Columbus.