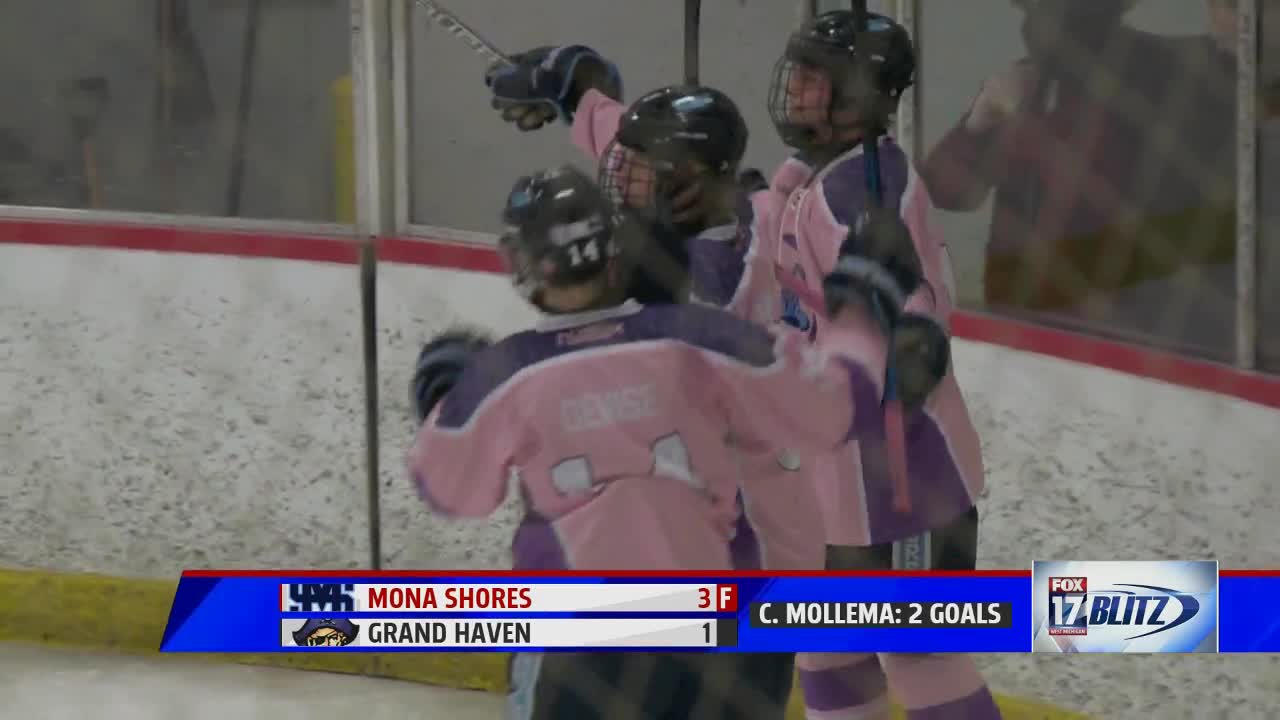 NORTON SHORES, Mich. — After a scoreless opening period, Grand Haven struck quickly in the second as Mahieu VanLangevelde went five hole to give the Buccanneers a 1-0 lead. In the third period, however, Mona Shores would respond in a big way, Cayden Mollema would score early in the period to knot the game at one.

Minutes later, the Sailors would take the lead as the captain Connor Winegar scored on a rebound. And with 1:07 left in the game, Mollema would net his second of the game on an empty netter as the Sailors pick up a big OK Fischer division victory, 3-1 the final.