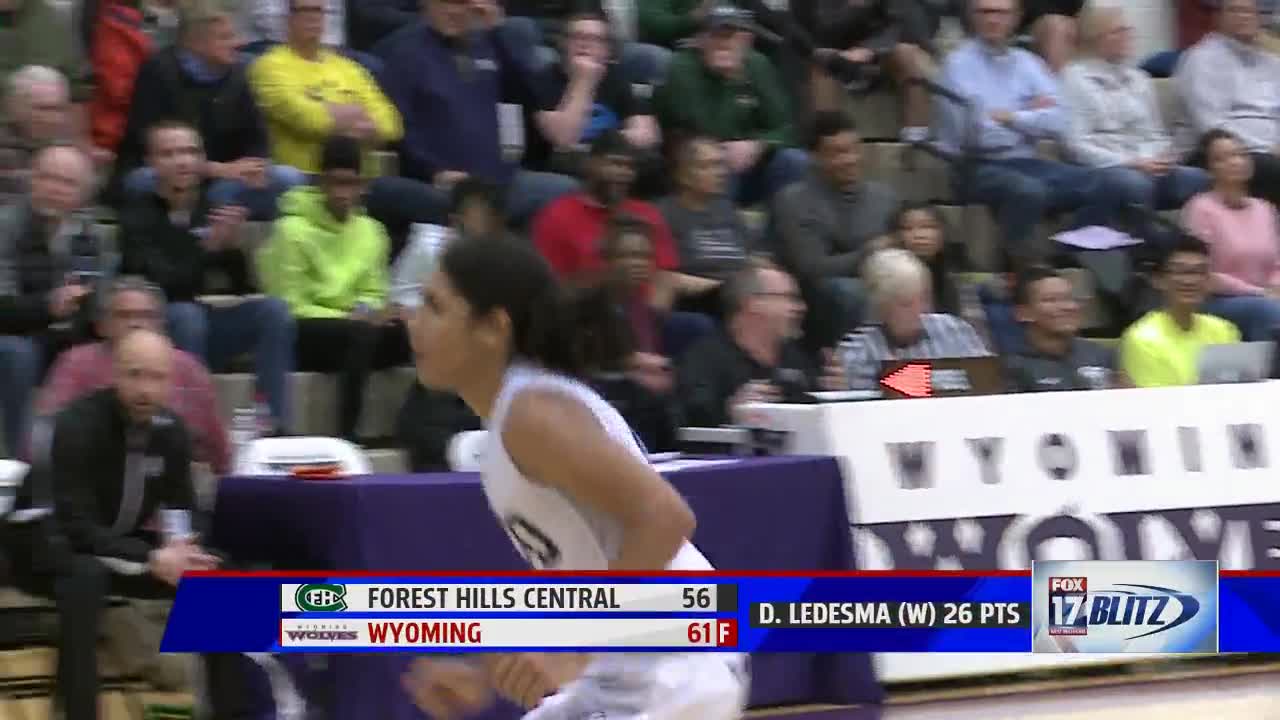 The Wolves improve to 11-1 on the season

WYOMING, Mich. — It was an OK Conference crossover as Forest Hills Central traveled to take on (Wyoming. Wolves senior Menalito McGee entered the game just seven points shy of 1,000 points for his career and it took just over twelve minutes for him to accomplish the feat, hitting a three pointer on a feed from Marion Parks in the second quarter.

“It’s a great honor, a lot of hard work,” McGee said after the game. “My teammates find me, it’s just an honor.”

The Wolves’ pressure was too much for the Rangers in the opening half as Wyoming ended the final two minutes on a 13-2 run, to enjoy a 33-21 halftime lead going into the locker room.

In the second half, the Wolves came out hot, connecting on three pointers from Diego Ledesma and Marion Parks. However, at the end of the third quarter, the Rangers would finish on an 8-2 run to help cut the deficit to just eleven.

In the fourth quarter, Forest Hills Central would get going as George Hatchett knocked down a three to help cut into the Wolves’ lead. The Rangers would cut it to three, 49-46, with just under five minutes after Jimmy Scholler knocked down a pair of free throws.

The tempo of the game would pick up late with both offenses finding quick buckets with the Rangers cutting the deficit to just two with just under three minutes left.

With 1:53 left, Wyoming senior Diego Ledesma would hit a corner three to extend the lead to five, 56-51. After a pair of free throws by Quincy Williams, Menalito McGee would finish a fancy spin move in the lane to help the Wolves prevail, 61-56 the final.

“It’s a big win, at the beginning at the season, we didn’t have a lot of people on our side,” McGee said, “they’re a tough team.”

Diego Ledesma led the way for the Wolves with 26 points while McGee added 13 and Monte Parks finished with ten. Meanwhile, for the Rangers, Jimmy Scholler ended the game with 25 points to lead the way. The Wolves improve to 11-1 overall while the Rangers fall to 9-3.

“We want to continue to prove everybody wrong, day in and day out and keep working hard,” McGee added.