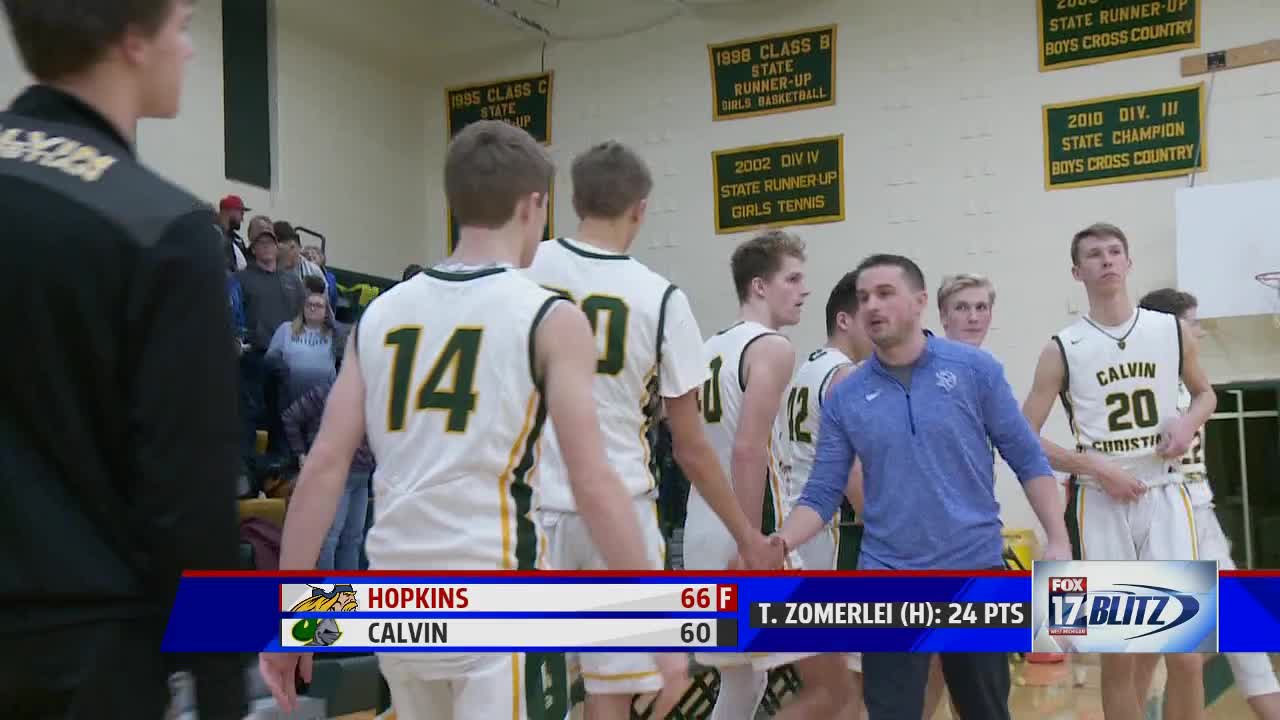 GRANDVILLE, Mich. — It was a battle for first place in the OK Silver on Tuesday evening as Hopkins battled with Calvin Christian on the road. The Vikings would take a 32-26 lead into halftime and would get out to a hot start in the second half.

Hopkins would begin the fourth quarter on a 10-2 run to take a 58-42 lead into a Calvin Christian timeout. However, in the final minutes, the Squires would come back led by senior guard Brock Stevens.

Calvin Christian would cut the deficit to three in the final minutes before Drew Weber sunk two free throws to extend the lead. The Vikings would hold off the Squires' late charge, 66-60 the final to take sole possession of the OK Silver at 7-1 overall.

"It feels awesome," head coach Jake Jewett said, "give all the credit to these guys, we have tough kids, they showed it tonight. When the going got tough at the end and they started coming back, we had to mentally come together for this one. We played team basketball."

Drew Weber was nine-for-nine from the free throw line in the game and contributed 17 points while fellow senior Ty Zomerlei led the Vikings with 24.

"It feels great," Weber smiled, "I've been a part of this program for four years, we haven't won a conference championship in 23, so to come together and get this one as a team, it's huge, it feels great."

The Vikings improve to 11-4 on the season while the Squires fall to a game back in the OK Silver at 6-2 and 9-5 overall.