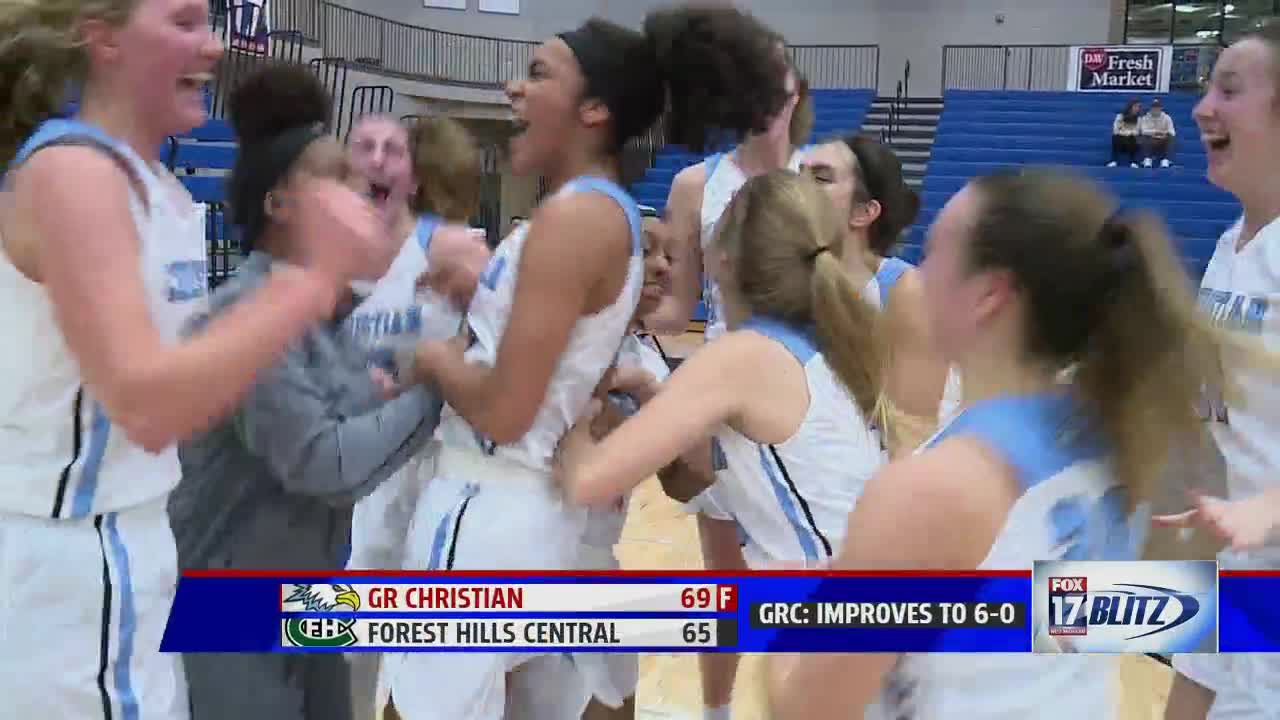 Grand Rapids Christian off to 6-0 start.

GRAND RAPIDS, Mich. — Grand Rapids Christian had to battle for Thursday night's victory. The Lady Eagles faced several lead changes and runs in the second half but ultimately came away with the 69-65 win over Forest Hills Central to improve to 6-0.

"It was a really fun girls basketball game," head coach Crystal Strickland said, "it was two great teams that competed, it came down to the wire but I was really proud of the way our girls battled back. We were down eight at halftime but hit huge shots, huge free throws, it was just a ton of fun."

Rory Pruis was one of four Lady Eagles in double digits with 15 points and five assists.

"It's so cool to pass it to your teammate and have the ultimate confidence and she'll hit that shot," Pruis said, "it's great to have that confidence in our teammates."